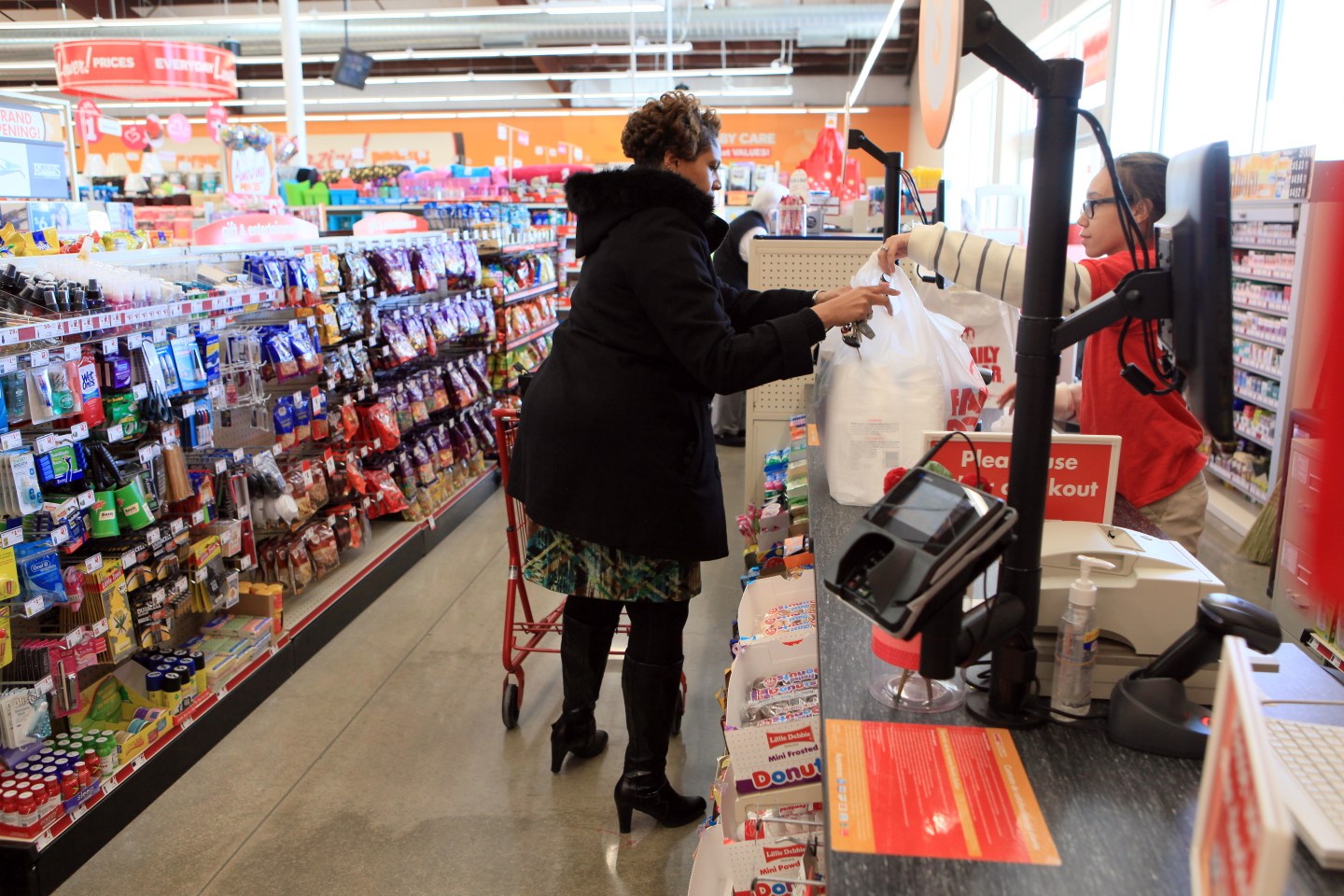 The bidding war for one of the U.S.’s biggest discount retailers heated up Monday as Dollar General (DG) bid $9.7 billion for its rival Family Dollar Stores Inc., topping the $8.5 billion offer made in July by Dollar Tree Inc.

The board of Family Dollar had approved Dollar Tree’s approach, which was backed by investors Nelson Pelz and Carl Icahn.

The combination would cement Dollar General’s position as the largest small-box discount retailer in the U.S. with nearly 20,000 stores in 46 states and sales of over $28 billion. It would lose that position, however, if Family Dollar and Dollar Tree were to merge.

Either of the two possible combinations would create a company too large for antitrust regulators’ comfort. Dollar General said it would be prepared to shed up to 700 stores to satisfy such concerns. Dollar Tree’s offer, which would create a slightly smaller company in terms of national market share, foresees shedding up to 500.

Dollar General said its all-cash offer of $78.50 a share was “substantially superior” to Dollar Tree’s offer valued at $74.50, which included both cash and shares.

“We feel that we have an offer that is superior and we are ready to go,” Dollar General Chairman and Chief Executive Rick Dreiling told analysts during a conference call. “We want a merger agreement.”

Dreiling said Dollar General was caught off guard when it heard the news of the Dollar Tree-Family Dollar deal, saying his company had expressed interest in Family Dollar the past few years.

The deal is so important to Dreiling that he has committed to staying on and running the combined company until May 2016. He had earlier this summer announced plans to retire in May 2015 after serving as CEO since January 2008.

All three of the major discount retail companies have reported consistent sales growth in the years since the Great Recession, bolstered by growth at existing stores as well as the addition of new stores. But same-store sales growth in their latest fiscal years ranged between 2.4% to 3.3%, the lowest those chains have reported the past five years.

Discount retailers often cater to many lower-income shoppers that have been stung by flat wages, higher payroll taxes and also cuts to Food Stamps programs. A combination of Family Dollar and either Dollar Tree or Dollar General would create a larger rival to combat Wal-Mart, which has opened smaller-format stores to compete with discount chains, pharmacy and grocery stores.

Susquehanna Financial Group analyst Bob Summers in a research note said a counter bid could emerge, as he pointed out that Family Dollar management will likely lose their jobs if the Dollar General deal is successful.

“This will likely influence the process and we suspect Family Dollar management will push for Dollar Tree to make a counter offer,” Summers said.

Dollar General said it had secured committed funding from Goldman Sachs and Citigroup, and that it would expect its debt return to an investment grade rating within three years, as the combined company’s earnings generate an improved cash flow. It didn’t say how far it expected its ratings to drop as a result of the transaction.

Dreiling said the offer would immediately increase per-share earnings by over 10%, when adjusted for ‘implementation and transaction costs’ and would generate between $550 million and $600 million a year in cost efficiencies within three years. Among such implementation costs would be a $305 million termination fee payable to Dollar Tree.