With Spring, an attempt to make the brick-and-mortar retail experience mobile 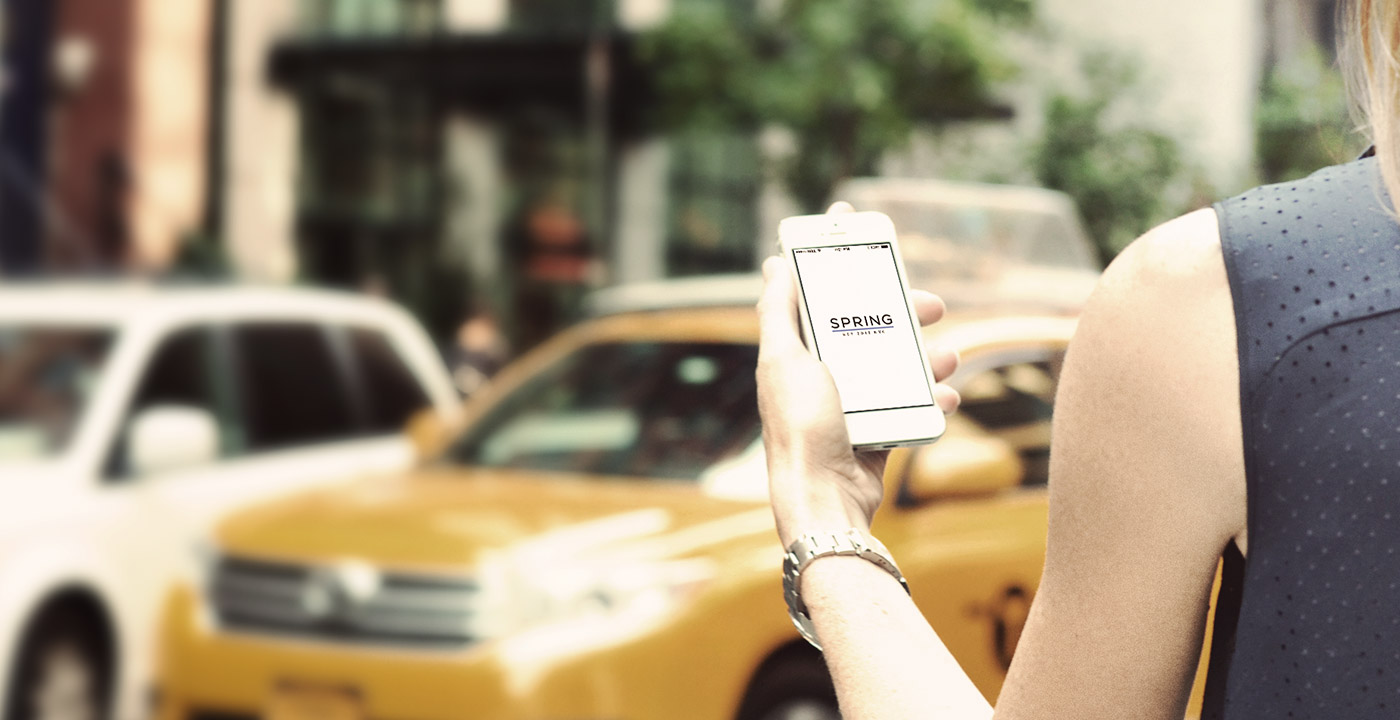 Earlier this summer the venture capitalist David Tisch quietly revealed a pedigreed list of investors from the fashion and tech worlds that poured $7.5 million into a mysterious shopping app called Spring. Until today, not much was known about the app, which has launched for Apple’s iOS. Its premise: “Shopping as entertainment,” a lofty goal that many startups have gone after but nearly none have truly nailed.

Companies such as OpenSky, Fancy, Wanelo, WantWorthy, in addition to hundreds of others, have tried to extend the in-person experience of browsing a shopping mall to the online environment. Fab.com, the design-centric online furniture store, might have come closest, with its “shoppable,” Pinterest-like news feed. That company’s idea was to get people to scroll through images of products in a moment of boredom, with a simple single tap of the finger to buy. At one point, Fab’s news feed was driving twice as many purchases as its homepage. Then the wheels fell off at Fab. The company will likely sell for a pittance of its $1 billion valuation.

Spring aims to build on the lessons of Fab and its peers, which Tisch say lacked selection and a variety of price points, and did not let brands control the experience. Tisch, along with his younger brother Alan, have spent the last year building Spring with a team of 32 people in New York. The app itself is beautifully designed and dangerously simple to shop from. But the real key to Spring’s success, if it does become a success, will be Spring’s relationships with fashion brands.

The company hired April Uchitel, a fashion-industry veteran who was most recently at DVF, as its chief brand officer. Over the last year and a half, Uchitel and team Spring have painstakingly convinced 450 apparel brands to sell their wares on the app. Why Spring? Because it allows brands to have complete customization and control over the look and the shopping experience in the app. (The brands handle shipping, logistics and customer support.) Spring takes a “fraction” of the 10% cut on sales taken by affiliate marketplaces like Amazon, Tisch says. Spring also integrates with Shopify, Magento, Stripe and other e-commerce software providers, allowing brands five different ways to plug their inventory into the app. Further, everything on Spring is shoppable, as the site doesn’t include user-generated content. As a result, brands such as Opening Ceremony and Rebecca Minkoff have signed on. For at least 30 of them, including Marchesa and Thakoon, Spring is their first foray into direct-to-customer e-commerce.

It is somewhat of a surprise that luxury brands like Proenza Schouler would happily position themselves in a feed that includes more casual brands like Levi’s or Warby Parker. In a traditional setting, Dior would certainly refuse to be in the same hall as an H&M. But Spring has purposely embraced “high-low” because its customers shop from both luxury and down-market brands. “Brands want to be where their customers are, and they understand their customers are high-low customers,” Tisch says.