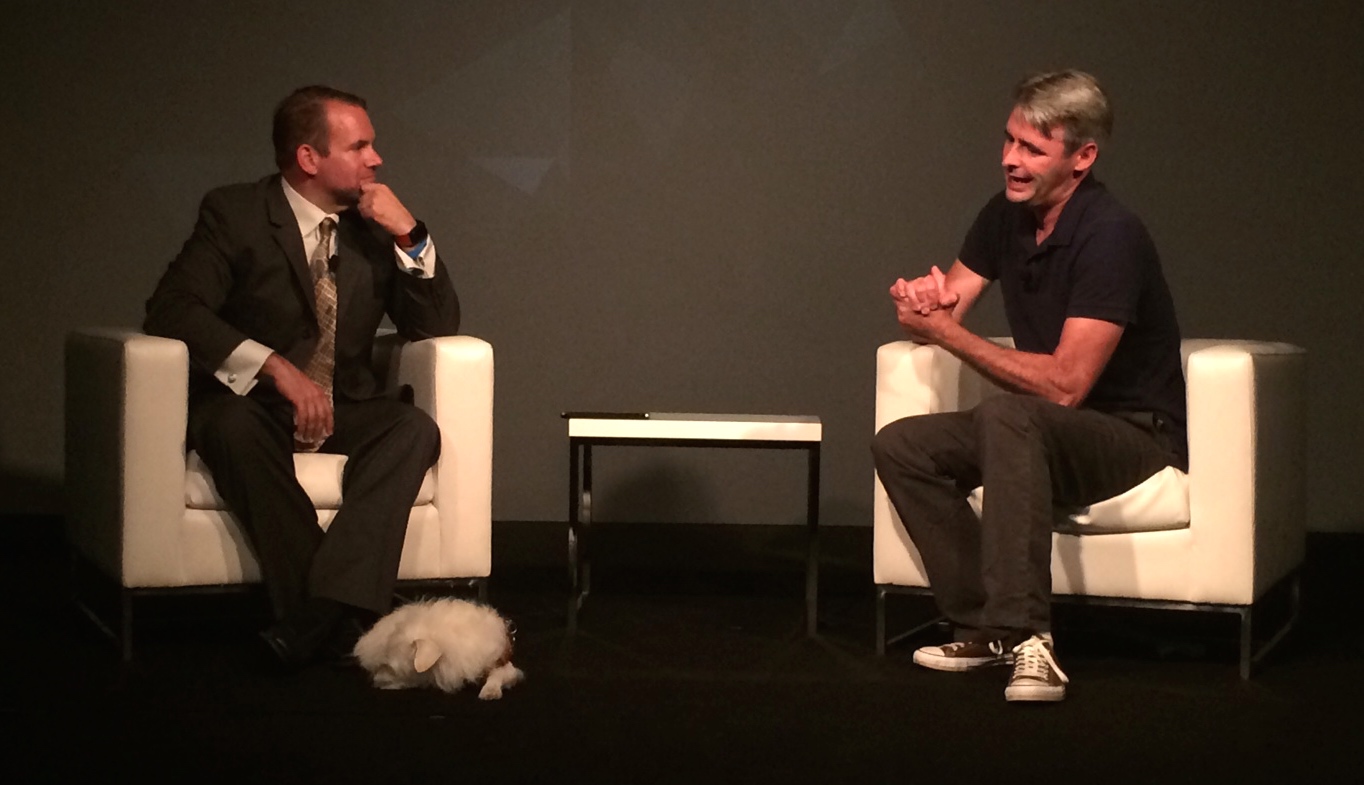 The way Mike McCue tells it, Flipboard isn’t in the business of competing with the very same publishers whose content flow through his popular news-reading app. Which is why Flipboard’s 100 million readers will never find it generating original content the way media companies like Netflix (NFLX), Amazon (AMZN), or LinkedIn (LNKD) do.

“We don’t want to compete,” McCue told the technology editor Owen Thomas during an industry event in San Francisco on Wednesday. “That’s not a line we want to cross.”

McCue originally founded the Palo Alto, Calif.-based Flipboard in 2010 as an app for tablet users that pulls content from publishers including The New York Times, Vanity Fair, and yes, Fortune, among others, and presents it in a magazine-like layout. (“Your personal magazine,” as Flipboard continues to describe itself.) The company, which has raised nearly $160 million from backers including Jack Dorsey, Ron Conway, and Kleiner Perkins Caufield & Byers, says it has more than 100 million users.

Startup founders are often pressured to explore multiple ways to make money, but McCue remains firm in the idea that Flipboard’s revenue generator can and should be advertising. Already, the company displays full-page ads from brands such as Gucci, Hugo Boss, Toyota, and Starbucks. In April, Flipboard launched its Small Publishers Program, an advertising experiment aimed at, well, small publishers. The company peppers ads throughout the content imported from publishers; the publishers are paid a small amount for every story a user reads, and see Flipboard as a source of (modest) incremental revenue. Flipboard has paid publishers $1 million to date and expects this year to accelerate the rate in which it generates revenue. The startup plans to begin supporting video ad formats in September.

The media industry is a $600 billion business, McCue said. Many publishers have digital operations or are in the process of transitioning to them, but just 20% of all ads are currently digital, he says. This in theory leaves a huge, untapped market opportunity for a company like Flipboard to facilitate the switch. “We’re literally in early innings,” McCue said. “If you have a long view and have good principles about what you’re doing for your audience, you’ll create something great.”