Auto parts deal-making is heating up 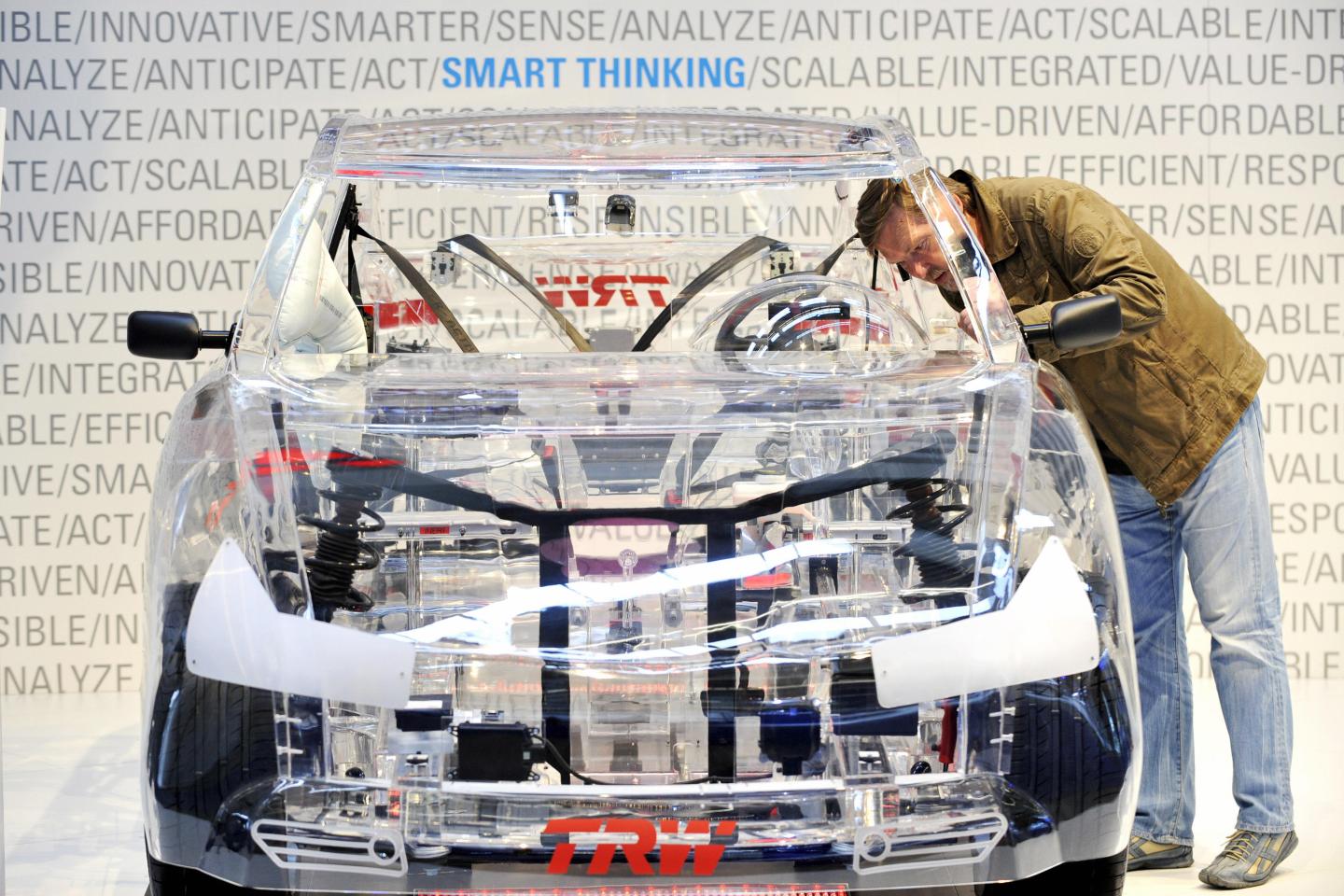 A trade fair visitor looks at a car with a transparent body at the stand of car parts manufacturer TRW during the 63rd International Motor Show (IAA) in the central German city of Frankfurt am Main on September 16, 2009. A total of 781 auto and auto parts manufacturers from 30 countries are to present around 100 new models, during the motor show open to the public from September 17 to 27. AFP PHOTO DDP / TORSTEN SILZ GERMANY OUT (Photo credit should read TORSTEN SILZ/AFP/Getty Images)
Photo by Torsten Silz AFP—Getty Images

Consolidation has been the name of the game in the auto parts industry this year.

A proposed German takeover of U.S. company TRW Automotive Holdings could prove to be the crown jewel in the M&A crown, according to The Wall Street Journal.

The attempted purchase of TRW (TRW) — for more than $10 billion — comes from German company ZF Friedrichshafen AG. The combined company would have around $37 billion in revenue, the Journal writes.

If the deal does through, it would nearly double the already robust $13 billion in M&A in the auto parts industry so far in 2014. That represents the highest number since 2006 and is more than the amount spent during all of 2013.

The Journal also notes that several smaller companies have indicated that they are interested in doing deals in the coming months, so the amount of money spent on deals in the space could grow even larger. According to a soon-to-be-published report from PricewaterhouseCoopers LLP, the auto parts industry is likely to see an increasing amount of deals, but they will likely be for relatively low-dollar amounts, such as a possible deal worth $1 billion involving Swedish company Autoliv, the Journal said.

Analysts told the Journal that the increased presence of electronic vehicles is creating a sort of arms race amongst parts companies.

“In the next five years, a battle is brewing in the industry,” Morgan Stanley auto analyst Adam Jonas told the paper. “To do so, we believe that a supplier must have expertise about multiple critical parts of the car including the brakes, steering, chassis, electrical architecture, human machine interface and engine.”