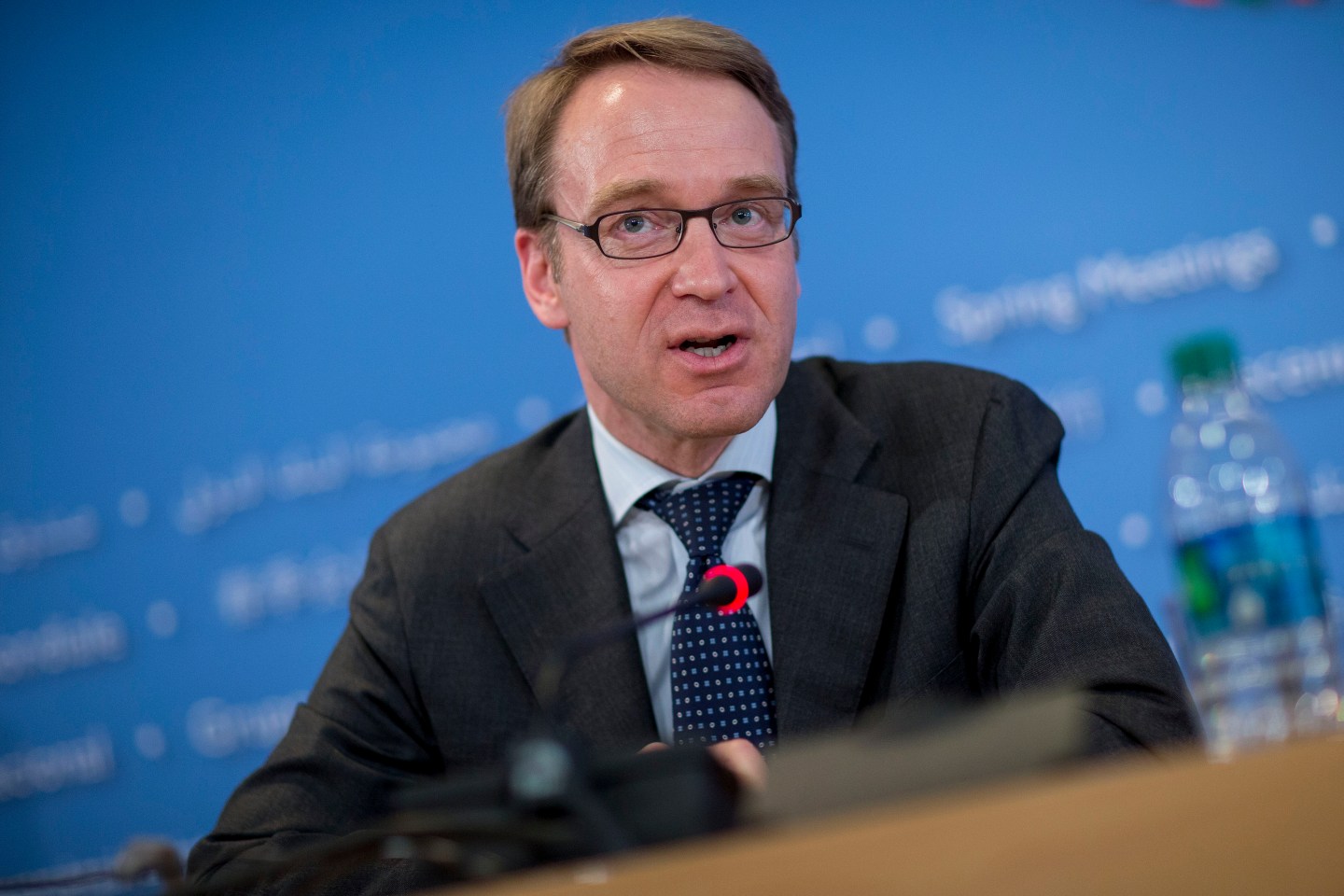 There was more weak economic data from the Eurozone Wednesday, with both output and consumer prices falling short of expectations.

At the same time, across the Channel, the Bank of England released a surprisingly ‘dovish’ report on the outlook for the U.K. economy, suggesting that it’s more likely to wait till next year before raising interest rates. That was due to a cocktail of political risks from Scotland to Ukraine, along with evidence of a slowdown in wage growth that suggests inflation will be slower to pick up than it thought.

Industrial output in the Eurozone fell by 0.3% in June, missing expectations of a 0.3% rise, and was unchanged from a year ago. That lays the ground for another grim set of growth data from the 18-country block for the second quarter Thursday. Consensus forecasts are for a minimal 0.1% increase, after a 0.2% rise in the first quarter.

Together with more evidence of falling prices in Spain and Portugal, the figures revived the case for more action from the European Central Bank to support the economy, despite comments from President Mario Draghi last week suggesting that the bank was more inclined to sweat out what it saw as a temporary dip in activity.

Prices fell by 0.9% in the year to July in Spain, the biggest drop since the 2009 recession, while Portugal, another bail-out recipient still struggling with an cure prescribed by Germany and the International Monetary Fund, said prices fell 0.3%.

Those figures add to concerns that the bloc as a whole will enter a deflationary cycle, in which prices and wages chase each other lower, making mountainous debts impossible to service. The ECB says it doesn’t see any such generalized spiral starting, a message repeated Wednesday by German central bank head Jens Weidmann in an interview with French newspaper Le Monde

Continued weakness in the Eurozone was one of the reasons cited by the Bank of England in a generally benign quarterly assessment of inflationary risks, along with the inevitable warnings about “geopolitical risks”–a reference to the escalating Ukraine conflict. But financial markets focused mainly on the fact that the BoE halved its forecast for earnings growth in the fourth quarter to 1.25%, drawing the conclusion that that would cut the risk of inflation and stop the Bank from raising interest rates till 2015 at the earliest.

Average earnings fell in annual terms for the first time since 2009 in the three months to June, the U.K.’s Office for National Statistics said, due mainly to a one-off blip in the timing of bank bonuses last year. Excluding that, earnings were up 0.6%. More importantly, the jobless rate fell to 6.4% from 6.5%, as the number of unemployed fell by 33,600, more than expected.