In a bitter fight for customers, Uber and Lyft begin to self-destruct 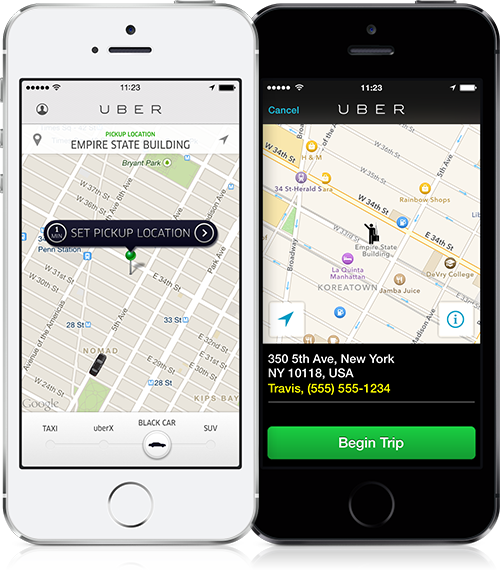 This is getting ugly. Yesterday the Internet watched in awestruck horror as the rivalry betwen Uber and Lyft, two popular transportation startups, played out in the press. Accusations were made, denials were issued, names were called. Did Uber really sabotage Lyft by requesting and then canceling more than 5,000 rides? Did Lyft really cancel 12,900 trips on Uber? Are Lyft’s investors pressuring Uber to acquire Lyft? Did an investor really threaten to “go nuclear” on Uber? Is this really happening?

It has until recently been fascinating to watch Uber and Lyft battle regulators and the established taxi and black car industries all in the name of “disruption.” But with corporate sabotage and nasty public spats underway, the whole category could self-destruct if the two companies don’t call a cease-fire.

Brad Feld, a venture capitalist who is indirectly invested in both companies, summed it up in a blog post:

Recognize that you are radically disrupting a market desperately in need of disruption and doing it beautifully. Don’t shit all over it, and yourself in the process.

Bad behavior can also arrive more acutely. Last night, for example, a curious thing happened to me. I requested an Uber, and the driver called me immediately. He asked me to agree to give him a good rating. Once I said yes, he agreed to come pick me up.

For the unfamiliar, Uber drivers are rated on a scale of one to five stars. The company is believed to deactivate drivers if their rating dips below a certain average. (Uber driver blogs place it as high as 4.6 to 4.7 stars.) Nairi Hourdajian, Uber’s communications chief, said the company does not use a single threshold for driver ratings, but the company “regularly reviews all feedback, meaning that we can ensure a safe and respectful environment for all parties.”

So a driver using a good rating as a pre-requisite for a job he had already confirmed? This was a new dynamic. Would a restaurant only let you eat there if you promised a rave review on Yelp? It felt like a bizarre new form of blackmail. I hung up and cancelled the ride, then tweeted about it. Several people responded with similar experiences, including one who said his driver showed him a print-out explaining why he needed a five-star rating.

To its credit, Uber was quick to respond, even without my directly contacting customer service. The company said it would follow up with the driver and, going beyond what I expected, credited my account with $20.

But the company’s public reputation remains less than spotless. In recent months, Uber has had to deal with a number of serious situations with its drivers: several have been accused of assault; another hit and killed a six-year-old pedestrian. Uber’s standard response to these situations is that the company is not responsible, because it is a platform and does not consider the drivers to be employees of the company.

On the issue of gaming the ratings system, Hourdajian said customer feedback is the best way to stop it. “Our feedback system means that we are able to learn about incidents like yours and then address them quickly,” she said. Rather than battling with Lyft, the company should really be worried about the strongest feedback of all: opting to hail a city taxi instead.

Correction, August 13, 2014: An earlier version of this article incorrectly stated that Uber was responsible for a Facebook advertisement critical of Lyft; it was actually the work of an unaffiliated party.