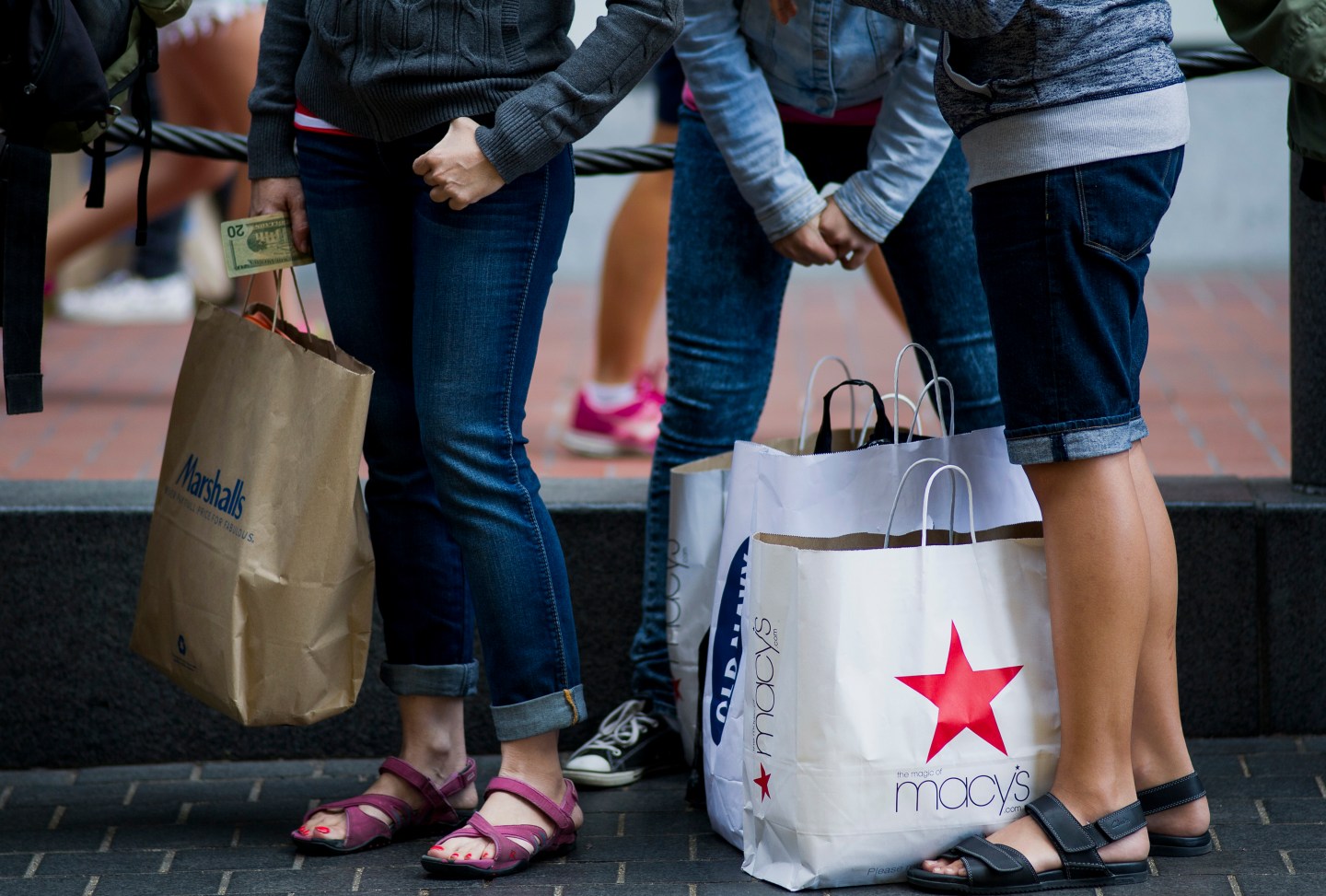 Retail sales were flat in July, unchanged from the prior month, the Commerce Department reported Wednesday, a muted report that signals consumers still aren’t rushing to open their wallets even as the broader economy improves.

July’s number was the weakest reading since January when winter weather kept shoppers out of the stores.

The weak report comes as the U.S. economy has expanded in recent months after the nation rebounded from a severe winter. But many brick-and-mortar retailers haven’t benefited greatly from that expansion: more sales are moving to online channels, pressuring traffic at their stores, and many executives have said consumers are cautious about spending even as the job market improves.

Economists surveyed by Bloomberg News had projected a 0.2% increase in July. The Commerce Department also left its 0.2% growth projection for June unrevised.

U.S. retail and food services sales for July totaled $439.8 billion, climbing 3.7% from a year ago. The figure is adjusted for seasonal variation and holiday and trading-day differences, but not for price changes.

Results were choppy across the various business segments the Commerce Department tracks: food and beverage, health and personal care stores and clothing and clothing accessories all reported increases on a sequential basis, while sales of motor vehicles and parts, furniture, and electronics and appliances slipped. General merchandise stores had the worst performance in July, with sales sliding 0.5% in July from June.