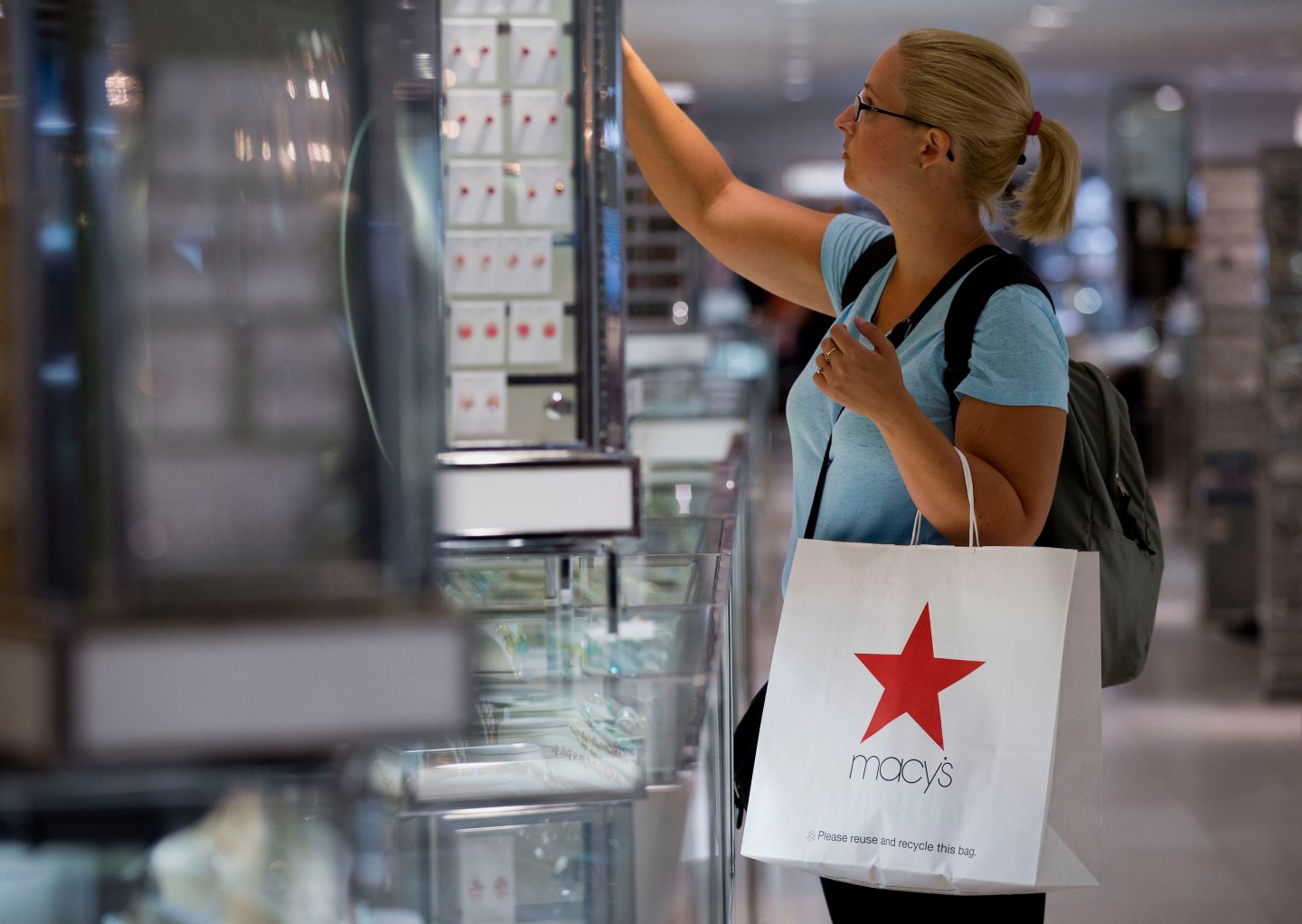 So it wasn’t the weather after all.

Macy’s (M) reported a disappointing 2nd-quarter profit on Wednesday and lowered its sales forecast for the full fiscal year, saying that it wasn’t able to make up for a sales shortfall during the spring and summer, after a brutal winter hurt business.

The department store chain, which operates 810 namesake stores and 40 upscale Bloomingdale’s emporia, said comparable sales, which includes sales at stores open at least a year and online sales, rose 3.4% in the three months ended Aug. 2, below analyst estimates looking for a 4% rise, according to a Thomson Reuters poll. But earnings per share came in at 80 cents, below the 86 cents Wall Street expected, reflecting a 0.4 percentage point decrease in the gross profit margin on merchandise to 41.4% of sales, stemming from having to lower prices to clear unsold merchandise.

“Many customers still are not feeling comfortable about spending more in an uncertain economic environment,” Macy’s CEO Terry Lundgren said in a statement.

His comments echoed those of a Kate Spade (KATE) executive on Tuesday who complained that the retail environment is still intensely promotional and those of The Container Store’s (TCS) CEO, who complained last month of a “retail funk” that is keeping consumers from shopping with abandon. The U.S. Commerce Department said retail sales in July were flat, coming in below economists’ forecasts for a 0.2% increase, according to Bloomberg, giving some weight to these executives’ claims.

Macy’s, which has been been retrofitting hundreds of stores so they can be used to help fulfill e-commerce orders more quickly, thereby outperforming rivals, said it still expects comparable sales to be up 2-3% in the second half of the year, which includes the make-or-break holiday season.

But saying that sales were too weak in the second quarter to make up for its poor first-quarter performance, which it had blamed on the cold weather last winter, Macy’s lowered its forecast for the full year by a full percentage point to a rise of 1.5-2%. However, the retailer still expects full-year 2014 earnings per share of $4.40 to $4.50.

Shares were down 4.3% in premarket trading after Macy’s rare disappointing report rattled investors.