Job openings hit their highest level in over 13 years 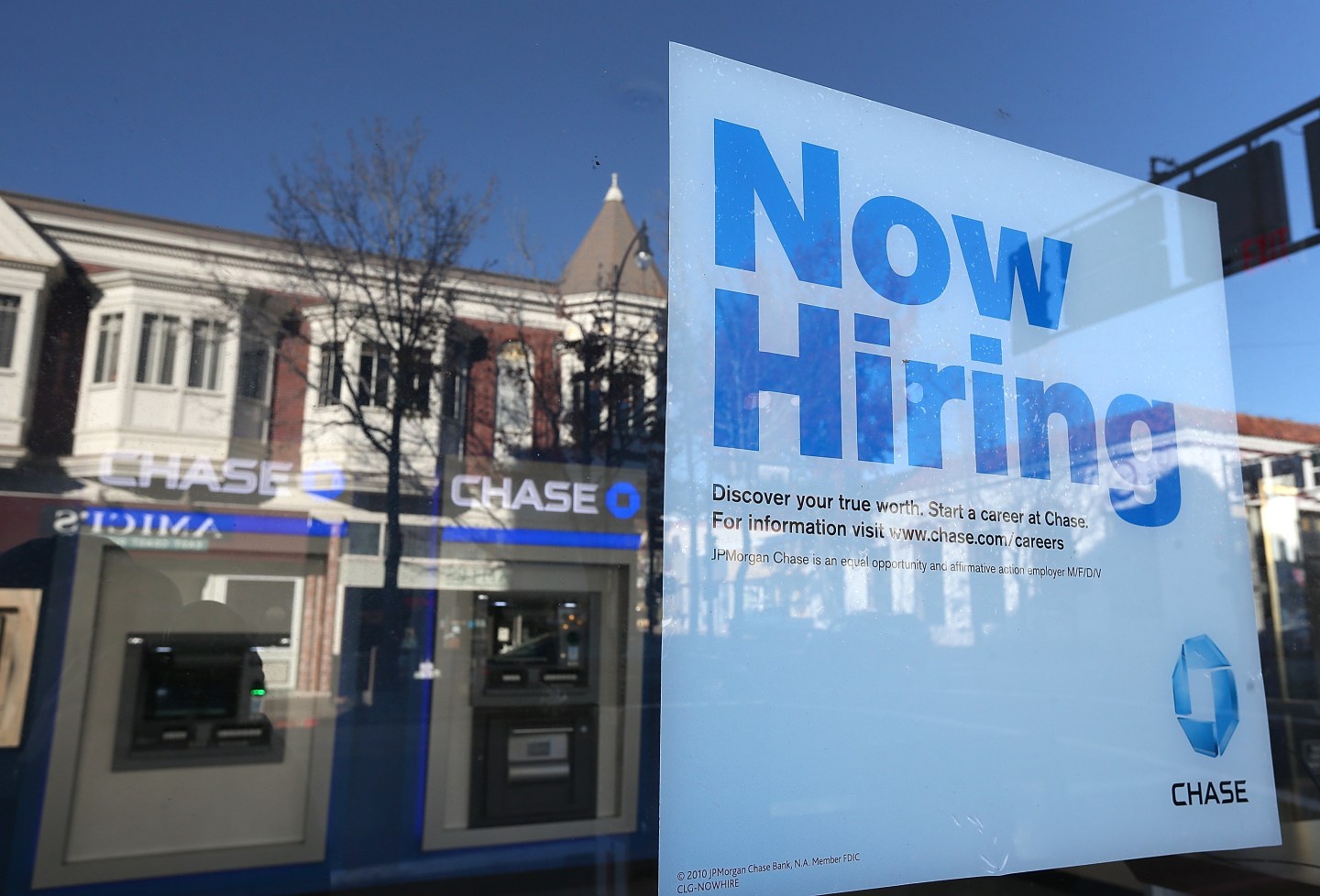 SAN RAFAEL, CA - JANUARY 04: A "now hiring" sign is posted in the window of a Chase bank branch on January 4, 2013 in San Rafael, California. According to a Labor Department December jobs report, the U.S. unemployment remained the same from November at 7.8% as employers added 155,000 jobs in December. (Photo by Justin Sullivan/Getty Images)
Photograph by Justin Sullivan—Getty Images

Job openings have risen to their highest level in over 13 years.

The Labor Department said Tuesday the number of unfilled positions rose to 4.67 million in June, the most since February 2001 and up from a revised 4.58 million in May.

The data are a good sign, but not quite what you’d want to see for a robust jobs market, said Tara Sinclair, an economist at Indeed.com.

Federal Reserve Chair Janet Yellen has indicated that the JOLTS report is one she uses to help guide monetary policy. Significant signs of improvement, with more job openings and fewer layoffs, may mean the labor market recovery is broadening and could prompt the Fed to raise interest rates sooner.

For the past 12 months, the net gain in employment —how many more people were hired than those who were fired, or left their jobs for some other reason — is 2.4 million.