Investing in Africa: How the U.S. can play catch-up 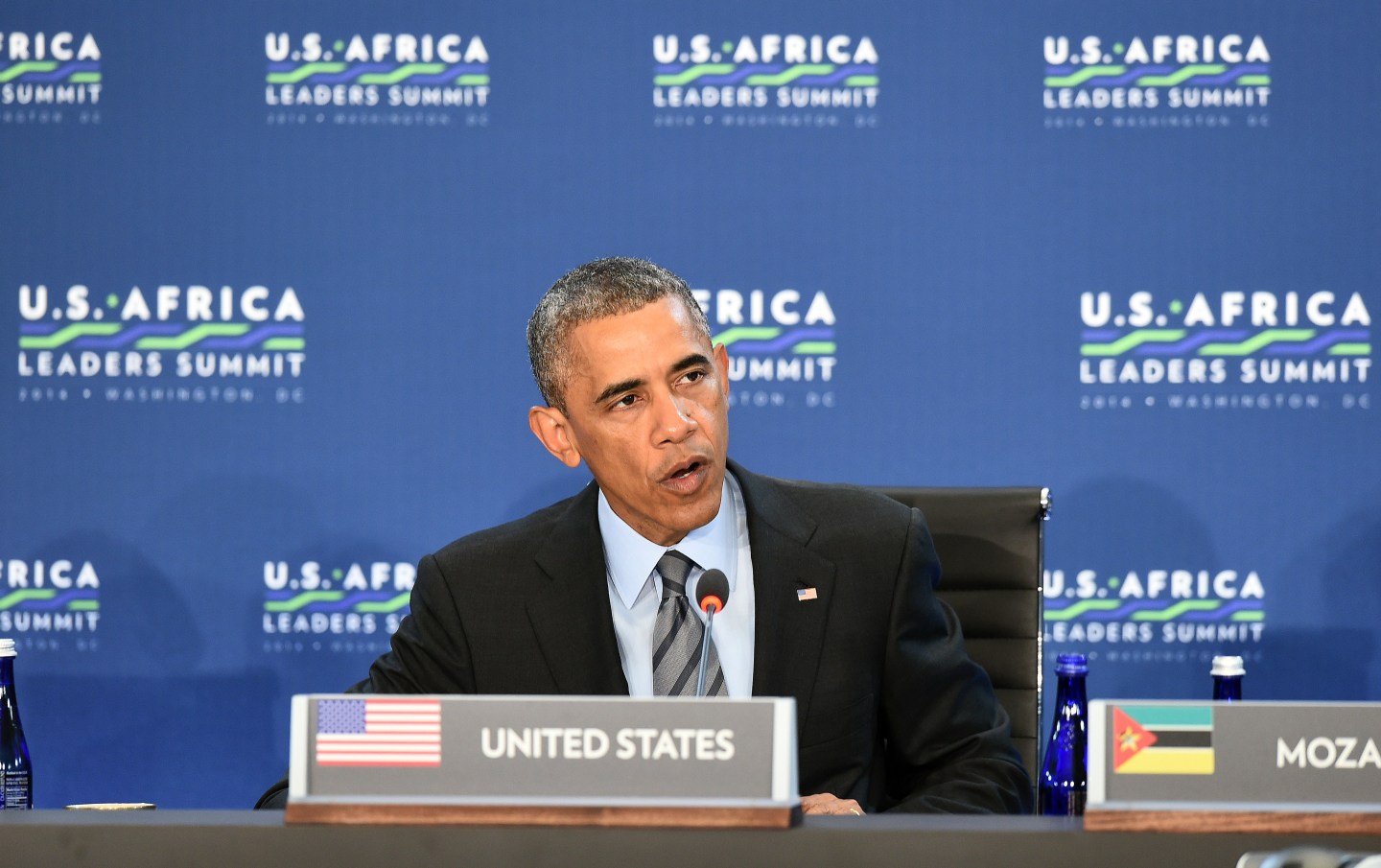 President Obama recently announced that the U.S. government, World Bank and businesses would invest a combined $33 billion in Africa’s economies. In a historic Africa Leaders Summit last week that brought 50 African heads of state to Washington, the pledge also included another $12 billion in funding for Obama’s Power Africa energy initiative.

While these commitments are indeed significant, the president must do more to strengthen trade relations with Africa and catch up with other major economies to make the continent a strategic priority.

U.S.-Africa trade has decreased from a high of $125 billion in 2011 to $85 billion last year, down 32%. By contrast, trade between African countries and China has increased nearly every year over the past decade. Between 2011 and 2013, Africa-China trade increased from $166 billion to $210 billion, or nearly two-and-a-half times more than U.S. trade with Africa.

The President can increase investment in Africa and improve U.S.-Africa trade by taking action in five key areas:

First, the President should push for permanent authorization of the Africa Growth and Opportunity Act (AGOA), a law Congress struck in 2000 to improve U.S.-Africa economic ties. During the Summit, the President called for the legislation to be renewed and strengthened; this needs to be followed through with action by the President and Congress to help incentivize long-term investment.

Second, in order to support American businesses investing in Africa, the President should increase the number of Foreign Commercial Service officers (FCS) serving in U.S. embassies in Africa. These officers are mandated to promote American businesses abroad, and encourage foreign investment into the U.S. However, there are only six FCS officers serving in three Sub-Saharan African countries, according a report released by Senator Chris Coons last year. The 2000 AGOA legislation called for at least 20 FCS officers in at least 10 Sub-Saharan African nations by end of 2001.

Third, a federal law over bribes of foreign officials, the Foreign Corrupt Practices Act, needs to be simplified to provide clear and precise guidelines to U.S. companies trading and investing abroad, especially for small and medium companies that cannot afford the legal fees to interpret numerous grey areas. The complexity and vagueness of the law discourages investments; it seems the only people really benefiting from the FCPA are attorneys.

Fourth, there should be tax incentives and additional resources available to help U.S. small and medium-sized enterprises engage with Africa. Machinery and vehicles, the top exports to Africa, together accounted for 35% of total African exports last year. Oil is the largest share of AGOA imports, valued at $30.1 billion last year, or 86% of all AGOA imports. Engaging small and medium enterprises is key to the full utilization of AGOA preferences and stimulating job creation in the U.S. and African nations.

Finally, while the Africa Leaders Summit was welcome, it transformed this year’s AGOA Forum into an invitation-only elite affair that excluded many stakeholders and small and medium-sized businesses that have championed AGOA for 14 years. There were, however, more than 80 non-official side events – a sign there’s strong interest in U.S. trade with Africa. This conversation needs to be taken across America so that all businesses are able to participate.

Jendayi Frazer is a former U.S. Assistant Secretary of State for African Affairs and an adjunct senior fellow for the Council on Foreign Relations.