How to be Sherlock Holmes in the boardroom 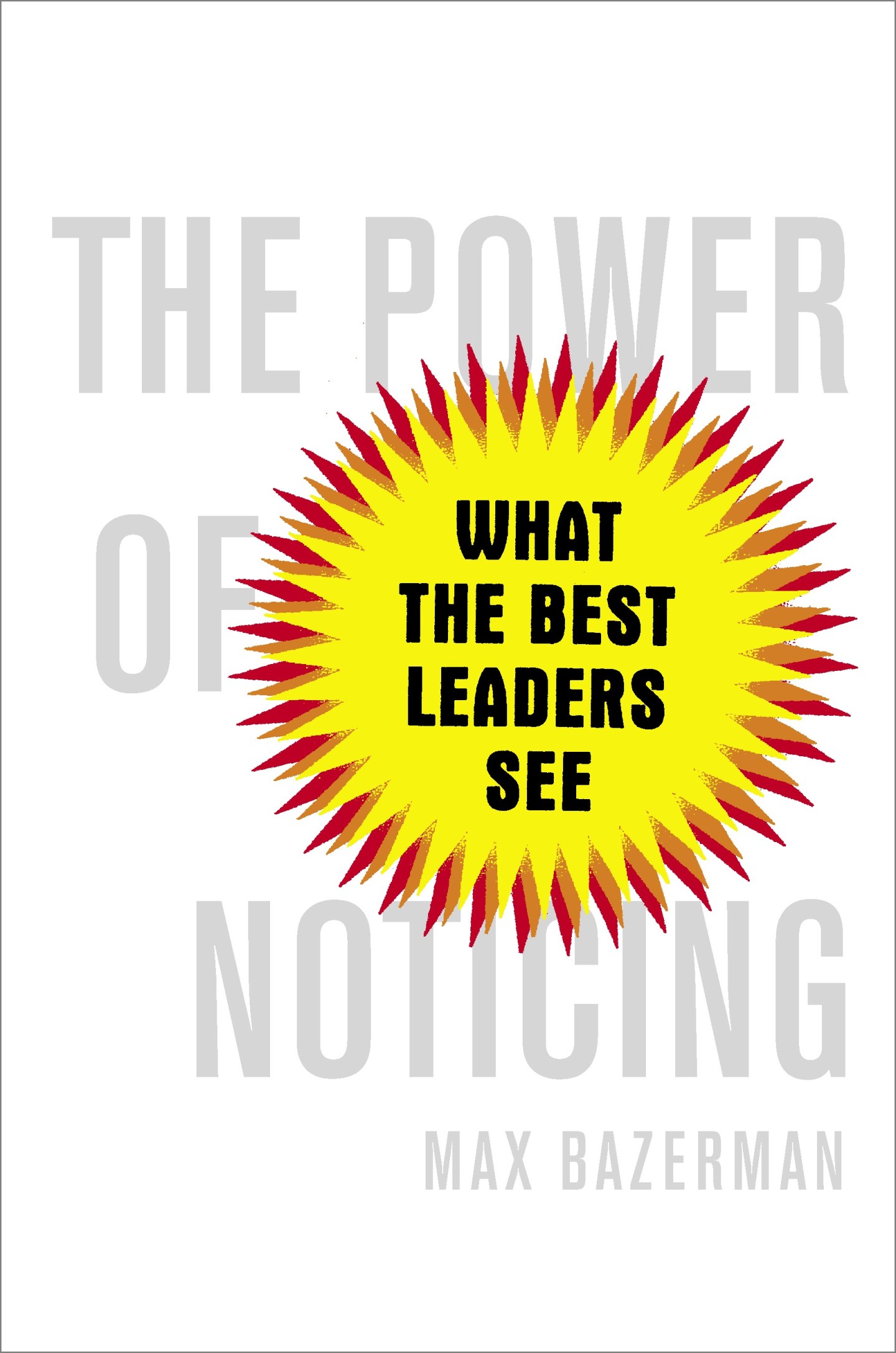 Fortune.com selects the most compelling short essays, anecdotes, and author interviews from “250 Words,” a site developed by Simon & Schuster to explore the best new business books—wherever they may be published.

For this installment, 250 Words’ Sam McNerney sits down with Max Bazerman. Bazerman is the co-director of the Center for Public Leadership at the Harvard Kennedy School, the Straus Professor at the Harvard Business School, and the author of numerous books. His latest, The Power of Noticing: What The Best Leaders See, explores how to make the best business decisions by deploying a little corporate detective work.

Sam talks to Bazerman about arch corporate villains Bernie Madoff and Jeffrey Skilling, what we can learn from magicians, and what it takes to be a “first-class noticer.”

McNerney: In another recent book, Thinking, Fast and Slow, Daniel Kahneman talks about our intractable tendency to only consider readily apparent information. He even has an acronym for it: WYSIATI, or What You See Is All There Is. You write that “what you see is not all there is.” We fail to consider additional information, even when it’s available. Is there hope for us?

Bazerman: Danny Kahneman and I do not disagree here. His wonderful book argues that humans act as if what they see is all there is, and there is amazing evidence supportive of this position. The Power of Noticing focuses on the benefits of seeking additional information. First-class noticers differ from most of us in that they move beyond the limitations that Danny so accurately describes.

We can all move toward becoming what I call first-class noticers. The first step is to put it on your agenda to look around to see what information around you is important. Second, I recommend taking a break from the intense focus that is typical of successful professionals and ask what information you might be missing. Third, ask what features of your organization may be preventing employees from noticing critical information, and take steps to change the organization to reward people for noticing key threats and challenges to the organization.

And, finally, you need to do better than the hedge funds that fed money to Madoff, and the executives at Penn State, and take a closer look when something seems wrong.

Bernie Madoff. Jeffrey Skilling. There are bad guys in every industry. But you write that maybe they’re not the real problem—that instead, there are actually a lot of little, maybe unwitting nefarious decisions and innocent but silent bystanders that really do the most harm. Could you talk about how “implicit blindness” can lure good people into unethical behavior?

There will always be bad guys. In the next decade, new crooks will emerge, and philosophers and religious leaders haven’t provided too many insights on how to stop them. But psychology has unlocked a number of tools to help the rest of us do a better job of seeing and acting on the unethical behavior of others. Madoff would have been caught many years earlier if those who should have noticed had acted on what they saw. But, too often, people do not see information that would cause short-term negative effects. We do not see the limitations of the employee we hired or the possible ethical challenges of the investment that we chose.

Magicians, the kind you see on TV, are masters of the art of misdirection. What can we learn from them?

In working on the Power of Noticing, I noticed that our failure to notice does not occur in a vacuum, but is encouraged by those around us who do not want us to notice certain information. This includes negotiators, advertisers, marketers, and politicians. Of course, the people who are best at misdirecting our attention are magicians.

So, last January, when I taught an intensive one-week course on noticing at Harvard, I brought in David Kwong, a brilliant young magician, to perform his magic, and then reflected with the class on how he is so effective at keeping us from noticing his secrets. From magicians, we can see how others might prevent us from noticing their tricks through skills like distraction.

You mention an Arthur Conan Doyle story, Silver Blaze, originally published in 1892. Sherlock Holmes solves a murder case by noticing what didn’t happen—a dog that didn’t bark. How can we spot “silent evidence” and why should we analyze what didn’t happen?

Many times the problem is the environment and not the individual. Elaborate on how we can design organizations using choice architecture and other insight from behavioral science to improve what employees will pay attention to.

So often, our organizations, our industry structure, and the incentives created by government do not encourage us to notice. Consider the auditing profession. The profession exists because it promises independence. Without independence, outside auditors would become redundant with a company’s inside auditors and have no reason to exist. Yet my colleagues and I have documented that our society allowed auditing firms to develop in a manner that decreased their propensity to be independent, and therefore lessened their likelihood of noticing problems in the financial books of their clients. Why? Because auditing firms want to be rehired. They want to sell their consulting services. And, often, auditors are looking for jobs with client firms. When you add it up, we have created conditions that dramatically reduce the likelihood of auditors noticing when their clients’ books have serious problems.

Near the end of the book you write about a savvy encounter you had with a taxi driver in Manchester. Tell us about this encounter and how we can use your book to become better “noticers.”

I’ve often been disappointed by my own failure to notice, which is why I’m proud of this anecdote. A number of years ago, I arrived at England’s Manchester airport with Marla, my spouse, and two of our friends. We were planning to take a taxi to the local train station, and then the train to London, which is about 200 miles north of Manchester. We already had our train tickets. As we approached the taxi stand, a group of drivers are sitting around chatting. They appeared to know each other quite well. The driver of the lead taxi informed us that the trains were on strike, but that he was willing to take all four of us to London for 300 pounds (about $600 at that time).

My companions believed what the driver told us and were ready to accept the offer. I was more suspicious. I said to Marla, “Don’t let him load the luggage yet.” I ran into the airport, up to the information booth, and quickly asked whether there was a train strike. Dashing back to the taxi stand, I pulled Marla and our friends aside with the news that there was no strike: the driver’s claim was a scam.

The Power of Noticing is about seeing such hints: The drivers talking quietly to each other while watching us. The fact that the information I needed was only 100 feet away, inside the airport. And the fact that the taxi driver’s incentives—to get an expensive fare to London—was quite strong. We often have such hints. The key is to also act on them.