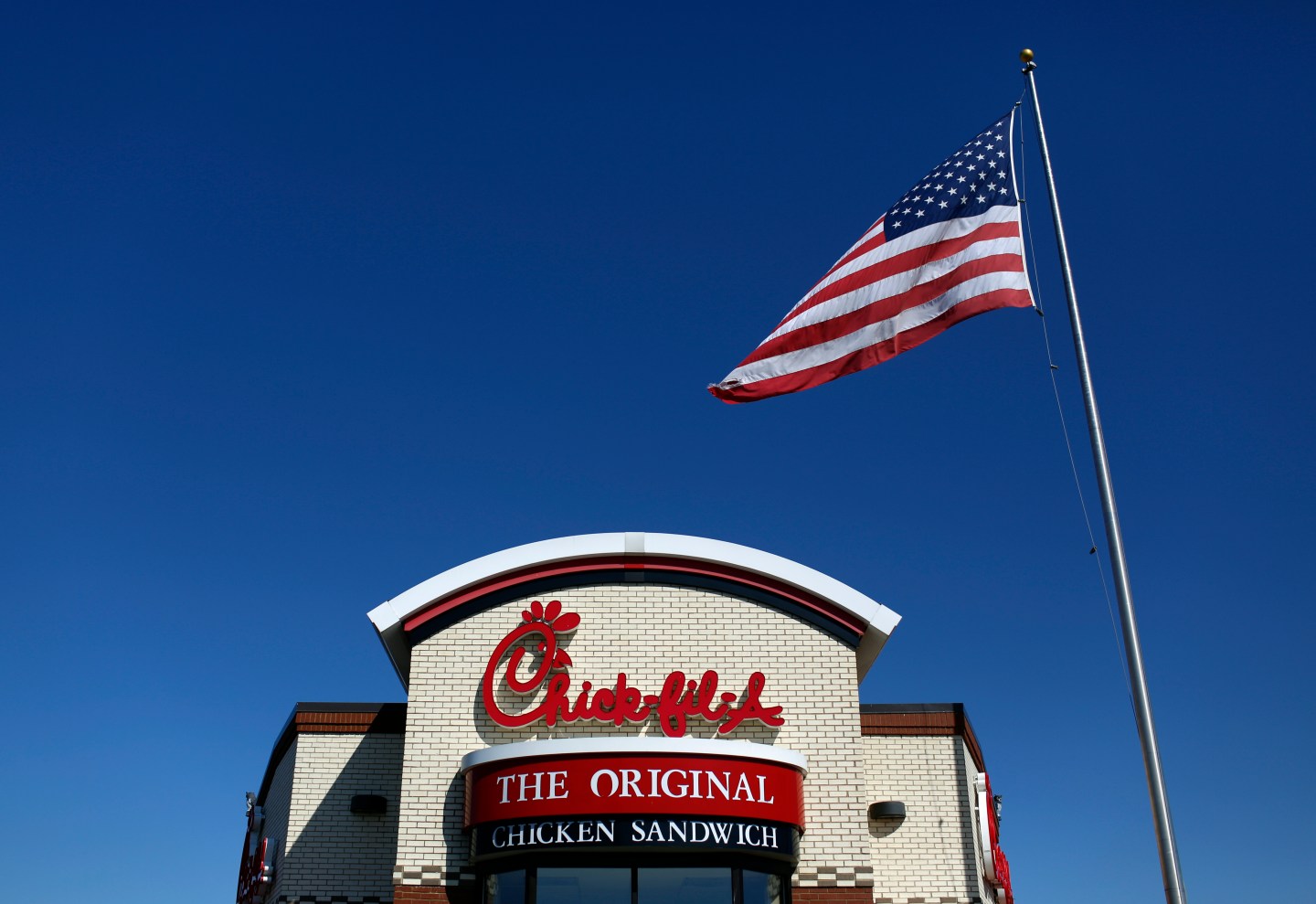 When most people think of Chick-fil-A, they probably don’t think of coffee.

The chain, better known for its chicken biscuits, largely sat out the race to offer premium coffee as restaurants like Dunkin Donuts and McDonald’s chased the Starbucks customer with higher-end, pricier brew.

Now, it’s hoping to change that, swapping out its previous coffee supplier for a startup brand that delivers not just better beans but a socially responsible model for putting more money in the hands of coffee growers.

In the last two years, “it became clear we needed to do something about our coffee,” says David Farmer, Chick-fil-A’s vice president of product strategy and development. “We weren’t focused on it, and customers weren’t as excited for the coffee as they were about the other menu items we’re known for.”

Recently, the company has also been associated with some political controversy related to its Christian roots. Two summers ago, president and CEO Dan Cathy, son of founder Truett Cathy, told a newspaper that his family supports “the biblical definition of the family unit” and that Chick-fil-A is proud to “operate on biblical principles.” The public backlash was quick and loud, and has not fully died away.

A new coffee brand with a socially responsible message might offer a one-two punch, giving both the quality of Chick-fil-A’s beans and its public image a boost at the same time.

The company it’s partnering with is Thrive Farmers, an innovative startup in Atlanta with the ambitious mission of disrupting the industry’s traditional supply chain model to offer more revenue to the farmers who grow the beans.

Instead of buying beans from farmers wholesale based on the current market price and reselling them, Thrive shares sales of roasted beans with farmers after the beans have been sold and shipped to retailers, at higher prices. (Farmers get 50 percent of the sales price for roasted beans, 75 percent for green beans.) By doing it that way, farmers are able to capture more of the markup consumers pay for high-end coffee.

The basic idea, says cofounder Michael Jones, is to decouple from the coffee commodity market, which can be volatile and results in inconsistent incomes for Central American farmers, leading many to have to shut their farms down. “There’s no way to know what any year will be like, and you could be put out of business from one terrible year,” says Jones. He and cofounder Kenneth Lander hope to eventually duplicate the model with other commodities, where farmers suffer from the same volatility. (For now, Thrive’s focus is squarely on coffee.)

Up until now, Thrive has only been available in a handful of places; it’s biggest account was Earth Fare, a Whole Foods-type natural market with some 30 locations in places like Alabama and the Carolinas. Tomorrow, Fortune has learned, things will change for the little company when Chick-fil-A announces that all 1,825 of its U.S. locations will offer Thrive coffee. (It has been testing Thrive at 100 stores since November.) That’s a big gamble on a small, unproven company, and far and away Thrive’s biggest score since its inception. “Up to 2 million people a day could be walking around with a cup that has our logo on it,” Jones says, noting that beyond sales, he’s hoping this will expose the world to Thrive’s model. “Volume equals impact,” he says.

Chick-fil-A executives may be hoping for that kind of impact as well: Thrive’s do-gooder story, along with photos of the farmers, will be told on Chick-fil-A coffee cups, which will also feature a link to a web site created for the launch. For his part, Farmer denies the company’s past controversies had anything to do with the decision to go all-in with Thrive. “I think the Thrive relationship is going to enhance our brand, but the past doesn’t come into play,” he says. “I’m always mindful of our brand anyway.”

Jack Scoville, a futures analyst in Chicago who also buys coffee for small retailers, points out that working with Thrive will cost Chick-fil-A more than it would to buy lower-level coffee from more widely used producers. “Hey, no matter their politics, if they want to spend an extra buck down there, I’m fine with that,” he says.

But he’s skeptical as to whether Thrive can really change the overall market model and save coffee farmers. “I want these guys to survive too, and I’m willing to pay above market price for the best coffees,” he says. “But then I’ll turn around and broker some of the worst coffees, and that’s very much a price game, and that’s not going to go away. The current market is still the most efficient method for distributing that we’ve found.”

Jones is optimistic that Thrive’s model can produce sustainable change, especially with Chick-fil-A on board. Farmer says Chick-fil-A was at first skeptical that such a small company could handle the volume of more than 1,800 locations, but the chain was eager to make a change—and quickly—to an item that wasn’t selling well. On a recent visit to the museum at the company’s corporate headquarters in Atlanta, Farmer points out, he noticed a replica of an original Chick-fil-A store from the 1950s with a sign that reads, “Hot coffee, made fresh every hour.” He realized then that there was a problem: “We were not making fresh coffee every hour.” (Coffee is just one of a few menu changes the company has made recently: this year it revamped its grilled chicken recipe for an alternative to fried.)

Farmer would often see customers walk into a Chick-fil-A with a competitor’s coffee cup in hand, which pained him. “We are going to change that,” he says. Chick-fil-A has a good chance of succeeding in that goal; it should be relatively easy to at least raise awareness with coffee-drinking customers. Whether Thrive can keep the momentum going after its first big win is another question.