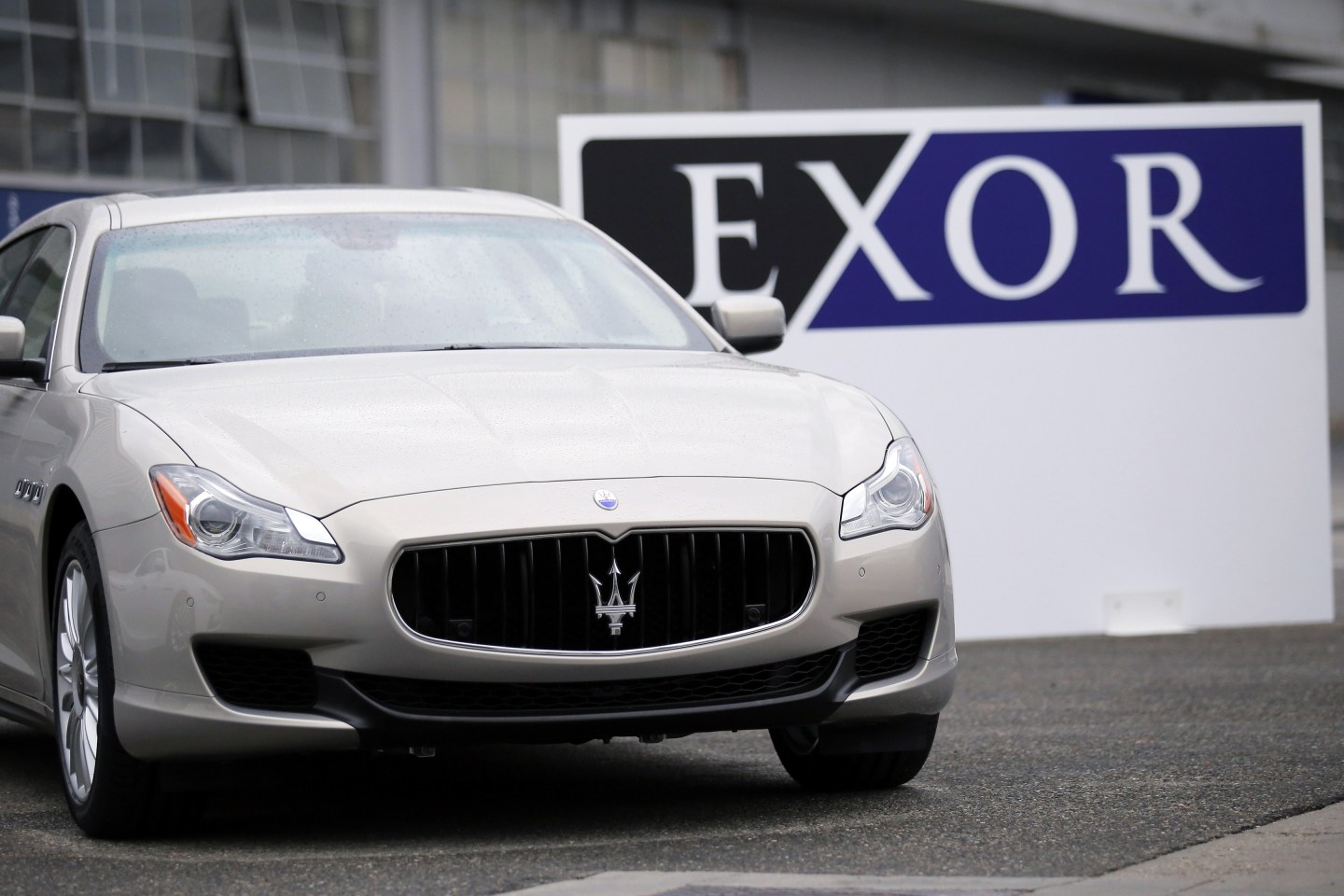 A Maserati Quattroporte is parked outside a Maserati plant in front the Italian-based investment company sign of Exor on May 22, 2014 in Grugliasco, near Turin. The Italian luxury car manufacturer Maserati celebrates its 100th anniversary this year. AFP PHOTO / MARCO BERTORELLO (Photo credit should read MARCO BERTORELLO/AFP/Getty Images)
Marco Bertorello/AFP—Getty Images

Shares in Italian carmaker Fiat SpA (FIATY) fell sharply for the second day in a row on concerns that the company may have to pay heavily to compensate shareholders who have voted against its proposed merger with Chrysler.

The Italian national champion’s shares were repeatedly suspended by market regulator Consob after falling more than 8% at one point, but by lunchtime in Milan they had recovered to €6.47, a loss of 5.3% on the day.

Coming after a drop of over 3% Tuesday, today’s drop means the shares have lost all the gains they have posted since announcing their planned merger with Chrysler at the start of the year.

Fiat needs the merger to break its long-term dependency on a stagnant home market and gain something closer to the critical mass for survival in a global auto market plagued by overcapacity. Even after the merger, it will still only be the world’s seventh-largest carmaker.

Fiat has offered to buy out shareholders who opposed the merger at a recent meeting, but it has said it will pay a maximum of €500 million to do that. Unfortunately for the company, due to the volatility of the markets over the last week, the cash exit price of €7.727 per share is now far above the market value, making it more attractive for investors to take up the offer.

Around 8% of Fiat’s shareholders voted against the merger at a meeting last week. Theoretically, the merger could fail if a bloc of more than 5% takes the cash exit. However, analysts say it’s unlikely the company would allow a plan on which its future depends to fail.

Chief executive Sergio Marchionne, who has turned Fiat’s operating performance around during his tenure but has failed to sold its broader strategic challenges, aims to list the newly-merged company in the U.S..

The merger isn’t the only thing on investors’ minds at the moment. Sentiment has also been hit by reports that Chrysler is one of a number of companies likely to be punished by China for anti-competitive practises. But Fiat isn’t without friends in China: market regulator Consob announced last month that the Chinese central bank had amassed a 2.0% stake in the group as part of its investment strategy for China’s foreign reserves.