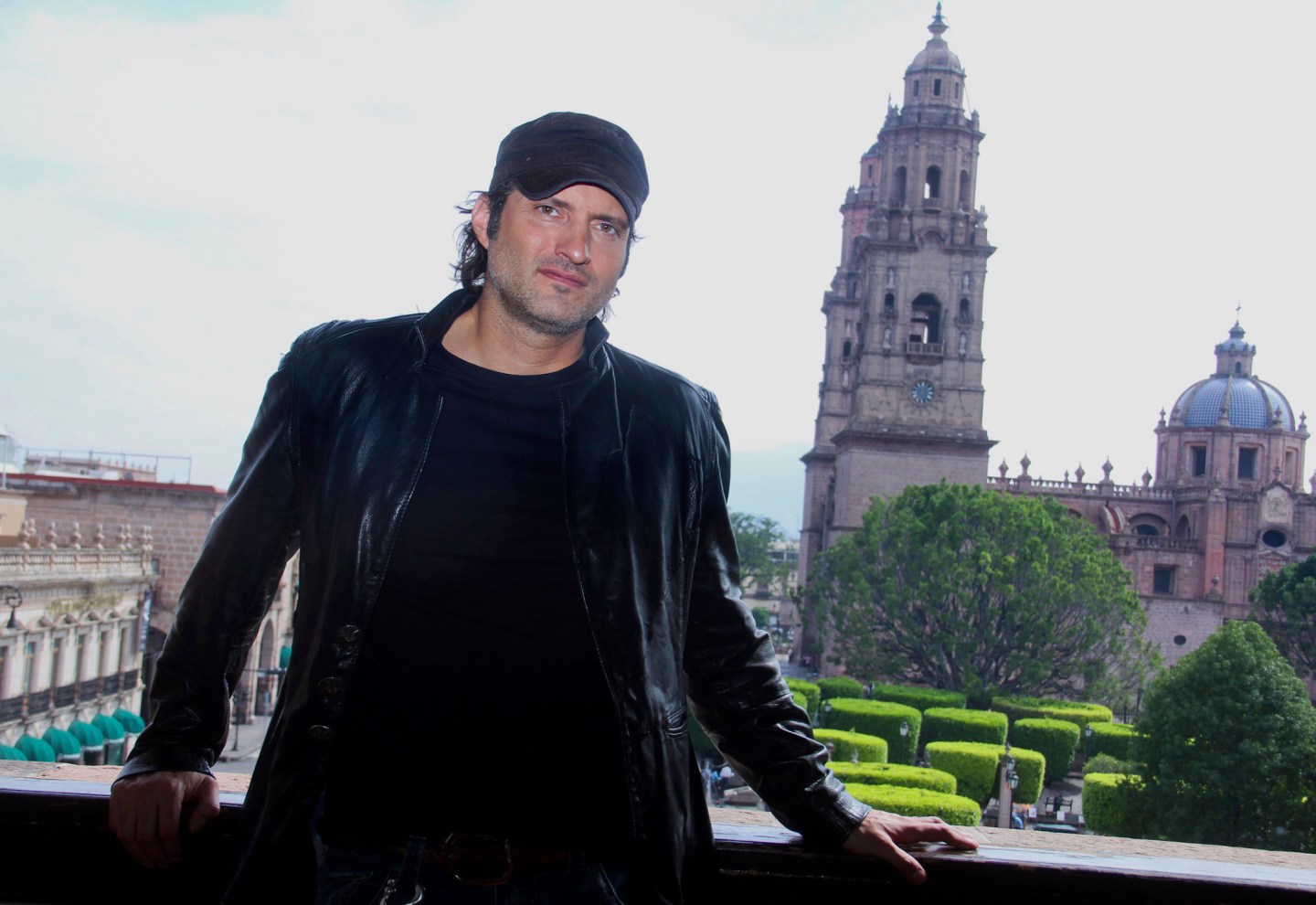 Robert Rodriguez returned to San Diego Comic Con last month to promote Sin City: A Dame to Die For, alongside co-director Frank Miller. He also revealed some new information to fans about his El Rey cable TV network. The multi-talented writer/director/producer has done it all throughout his career, including owning a video game studio, Digital Anvil, and using new technology long before the rest of Hollywood caught up. And he’s done it all from Austin, Texas, far from Los Angeles. With a new TV network to run, Rodriguez has added television director to his long resume. The San Antonio native talks about the role technology has played in his career and how he’s opening new doors for fans to enter show business in this exclusive interview.

Fortune: What are the challenges of offering something different in the crowded television landscape today?

Robert Rodriguez: El Rey is a new network, and what’s cool about starting from scratch is we get to build it completely from the ground up with a real identity. From the first week that you tuned in you could see that point of view and the style that we’re going for. Everything that you see on the network is something that we were genuinely fans of. It reminds me of that cool friend that you have that’s going to show you which movies to watch, which television programs you might have missed, or cult things, and tie it altogether.

Instead of dancing around the dial trying to find something to watch that’s cool, it’s all on one network. It permeates everything from the promos to the original shows to our licensed programming to the interstitials. I always wanted to do a longer, more involved version of From Dusk Till Dawn based on those characters and then take a new spin on a spy series like Matador. And you can see from the actors we’re attracting that we’re connecting with people and making our dream network.

How do you see the network evolving moving forward?

We’re going to continue to curate content, offering new originals that are things that couldn’t be done anywhere else. The Director’s Chair is a great example of the new show that we have. From Dusk Till Dawn is a show that couldn’t be done anywhere else because Quentin (Tarantino) and I control the rights. It’s the first time he’s had his characters on television and the first time I’ve done television. We tried to go for things that other people couldn’t really make for their network, so it does feel different. It does feel fresh. We’re going to get into a third original show next year that’s a drama series and some other reality-based shows and other things we haven’t announced yet. I also will be reaching into the audience in a new way.

How will you be connecting with your El Rey audience?

I really want it to be the people’s network, so there are going to be ways for people to be able to send us their content and become part of the network and work with us, so it feels like it belongs to everyone.

Similar to what we see on YouTube where people are sharing their videos?

Sharing videos, but even beyond that. You could be a content creator for us and eventually you could work for the network. People are always wondering how do we get into the business and it’s always like, “Good luck, you’ll never get in.” El Rey is going to change that.

How does working in television compare to your normal Hollywood film production style?

When I do my movies, my movies are usually pretty unusual anyway. I shoot really quick for a film in order to keep the budget down, in order to put more money on the screen, and ultimately to have more creative freedom. So I’ve always sort of naturally done that, ever since Mariachi. And I always work in a vacuum.

I live in Texas, and I have my studio in Austin. So I really wasn’t that aware of how Hollywood normally shot movies. But now that I’m doing television I found that I was always shooting at a TV pace when I shot my films because we were able to take that same quality we had in our features and roll it over to the TV. What I love about TV though is the pace. We already have two originals, which is really unheard of for a new network. AMC didn’t have their first original show for about eight or ten years, and we started off with that way. The pace that we’re able to go at, when we have an idea we can turn it around and put it on air. It’s really addictive and fun. I shot Sin City 2 last January and now it’s just coming out. That would never happen on my network. When we shoot something it goes on the air next week. I like that freedom.

How have you seen television evolve as a medium with the level of actors and talent involved in shows?

That’s why they call it the Golden Age of television shows. So many people are finding TV to be a superior storytelling medium because you have more time with the characters, and they have more time to develop stories. People have shown they have an appetite for a longer format on television and that they’ll stick with a series and become fans. Ultimately, it’s a great place to work in. I still love movies, which are considered the short form of storytelling, but there’s something cool about telling longer stories. Even in my films, I always gravitated towards serial. I’ve done several series like the Mariachi series, the Spy Kid series, Sin City and Machete. I tend to do them in chapters because once you find characters that you really love you, don’t want to let them go. Television has allowed for even more of that, so that’s what I love about it and I think others will too.

How do you see El Rey tapping into that growing audience that’s now watching television on TV, but through digital devices?

El Rey is a very traditional network, but it has digital partners so people can see our shows and get a sense of what our network is like. That’s just how things are consumed. It’s great that people can catch up with your shows because of the way things are done. We want to be able to provide our viewers different ways of seeing our product, and that’s what we’ve been trying to do.

What role has technology opened up for you as a filmmaker, looking at how things have evolved for instance from Sin City 1 to Sin City 2?

I was always an early adapter of technology, so a lot of the processes that people are using now on a regular basis we first pioneered back on the first Sin City. Even though we shot Sin City 2 in 3D, I had already shot the first digital 3D movie by the time I did the first Sin City [which was released in 2005]. It’s just that the business hadn’t caught up with us yet, so there were only two or three digital screens back then, if you can believe that.

That’s how quickly things have changed. But back then we were a little ahead of the time. I enjoy trying to adopt new technology as it comes out and use it in different ways and try to be at the forefront of that. I really find that it pushes your creativity, it pushes your story telling. Sin City wouldn’t have been the same had we not done it digitally on green screen, even though that was not the fashion yet. I do believe in adopting technology early and using it to kickstart a new way of telling stories.

Was there anything that you were pushing forward when it comes to filming Sin City 2 that others may imitate in the future?

We’ll see when the movie comes out. We’ll only know once it comes out. There’s certainly a visual style that we adopted and that evolved from the first film, which works really well with this story. But if it doesn’t work with your story, there’s no real reason to do it.