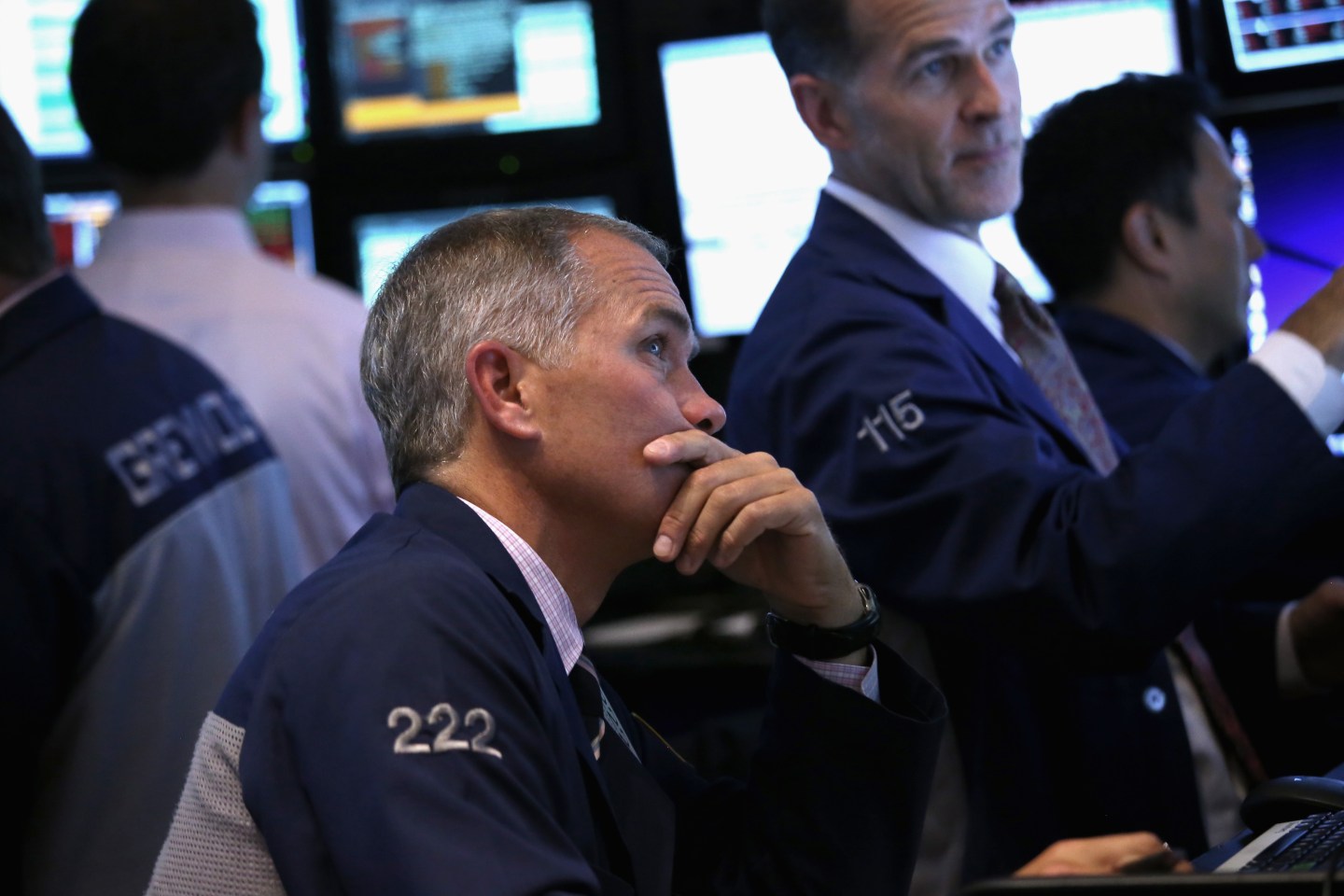 Happy Friday! It’s almost quitting time for the week, so lets get right down to it: here’s what you need to know about in business news today.

1. Global markets are in a funk.

Yesterday was not what you’d call a good day for the stock market. A sell-off on Wall Street erased all of the Dow’s gains so far this year, and other indexes took a beating. Some attributed the drop to fears that Federal Reserve may raise rates more quickly than expected. Dallas Fed President Richard Fisher told CNBC Friday he thinks the odds of an earlier-than-anticipated rate hike have moved forward “significantly.” Earlier, markets in Asia and Europe sank, and we may well see more bloodletting on Wall Street during Friday’s trading session.

The jobs numbers for the past few months have been good. July’s report was good too, but not stellar. The Bureau of Labor Statistics said Friday 209,000 jobs were created in July, marking the sixth consecutive month of gains above 200,000 — the longest streak since 1997. Job gains for May and June were revised higher, and the nation’s unemployment rate unexpectedly moved up to 6.2 percent from 6.1 percent in June.

We’ll find out today how car companies did for the month of July. Especially interesting will be General Motors: will the constant recalls and congressional appearances finally have an impact on sales, or are customers so fed up with all of the car manufacturer recalls that GM will be let off the hook?

The electric-car manufacturer plans to produce around 60,000 cars in 2015, reports Business Insider. The company is also looking to build its “gigafactory” to produce cheaper and more efficient batteries. Reno is a possible location.

5. A baseball player traded in the middle of an at-bat.

Professional athletes make a lot of money. One of the tradeoffs is that occasionally you get traded and have to move to a new city against your will. Yesterday, Detroit Tigers outfielder Austin Jackson got traded while he was standing in center field. He was taken out, and given a standing ovation. Isn’t that nice?