Colleges that offer the best bang for your tuition buck 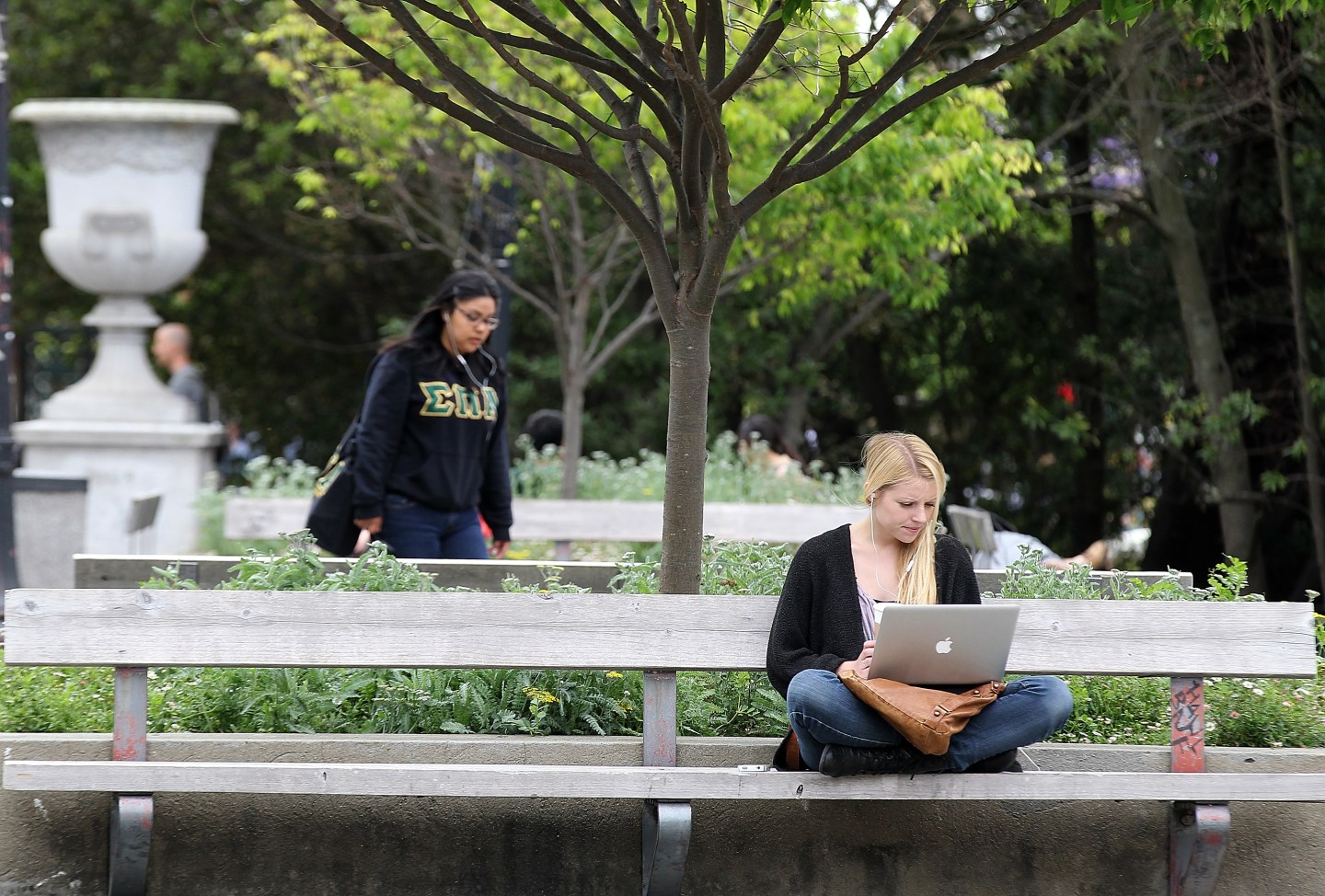 BERKELEY, CA - APRIL 23: A UC Berkeley student works on her laptop while sitting on the UC Berkeley campus April 23, 2012 in Berkeley, California. According to reports, half of all recent college graduates are finding themselves underemployed or jobless and the prospects for new graduates dim in a weak labor market. (Photo by Justin Sullivan/Getty Images)
Photo by Justin Sullivan—Getty Images

Money.com has ranked the best colleges for your money — and the schools with the highest rankings may surprise you.

Some of the top Ivy League schools made it into the top 10, as well as some lesser-known liberal arts colleges (Claremont McKenna College and Principia College, for example).

But the most affordable title goes to Berea College, where students will spend a net total of $49,280 to get their degree and walk away with an average debt load of $2,290. Meanwhile, if you want to target a school with the highest median pay five years out, look to Harvey Mudd College. Students net an average of $73,300 annually five years after leaving campus.

As the debate around rising student loan debt rages, future college students are likely wondering if the cost of going to college is worth the payoff.

Student debt has topped $1 trillion nationwide. Over 70% of college graduates last year had student loan debt at an average of $29,400 per borrower, according to the Project on Student Debt. From 2008 to 2012, the rate of debt accumulation has been increasing an average of 6% every year.

Yet even as student debt grows, the pay gap between college graduates and everyone else reached a record high last year, according to the Economic Policy Institute. Those with a four-year college degree made, on average, 98% more an hour in 2013 than people without a degree.

College is clearly the way to higher lifetime pay, even with the added debt. So the next question is: how do students choose the school that will best maximize their earnings-to-cost ratio?

However, those schools aren’t for everyone. The acceptance rate at MIT is 9%. The lesser-known Harvey Mudd? Still only 19%.

Students who may not have top-level scores can still target schools that will cost less than $100,000. Montana Tech at the University of Montana, where students pay $88,250 for their degrees, accepts 89% of applicants. University of Arizona, with a total cost of $98,560, accepts 71%.

Those looking for a school that will provide an invaluable skill set to kickstart their American dream should peruse Money’s list of colleges that add the most value. While it’s not surprising that CalTech and Princeton University send out grads that make the big bucks (those schools tend to attract the top-of-the-top to begin with), these schools transform often struggling students into earnings powerhouses.

At the University of California-Irvine, the No.2 school on the list, nearly 40% of the student body comes from low-income families. It graduates 86% of freshmen, a 15-percentage-point lead over schools with similar student populations. Those students go on to earn an average of $49,000 five years out, about $9,000 more than graduates of similar schools.