A fungus among us 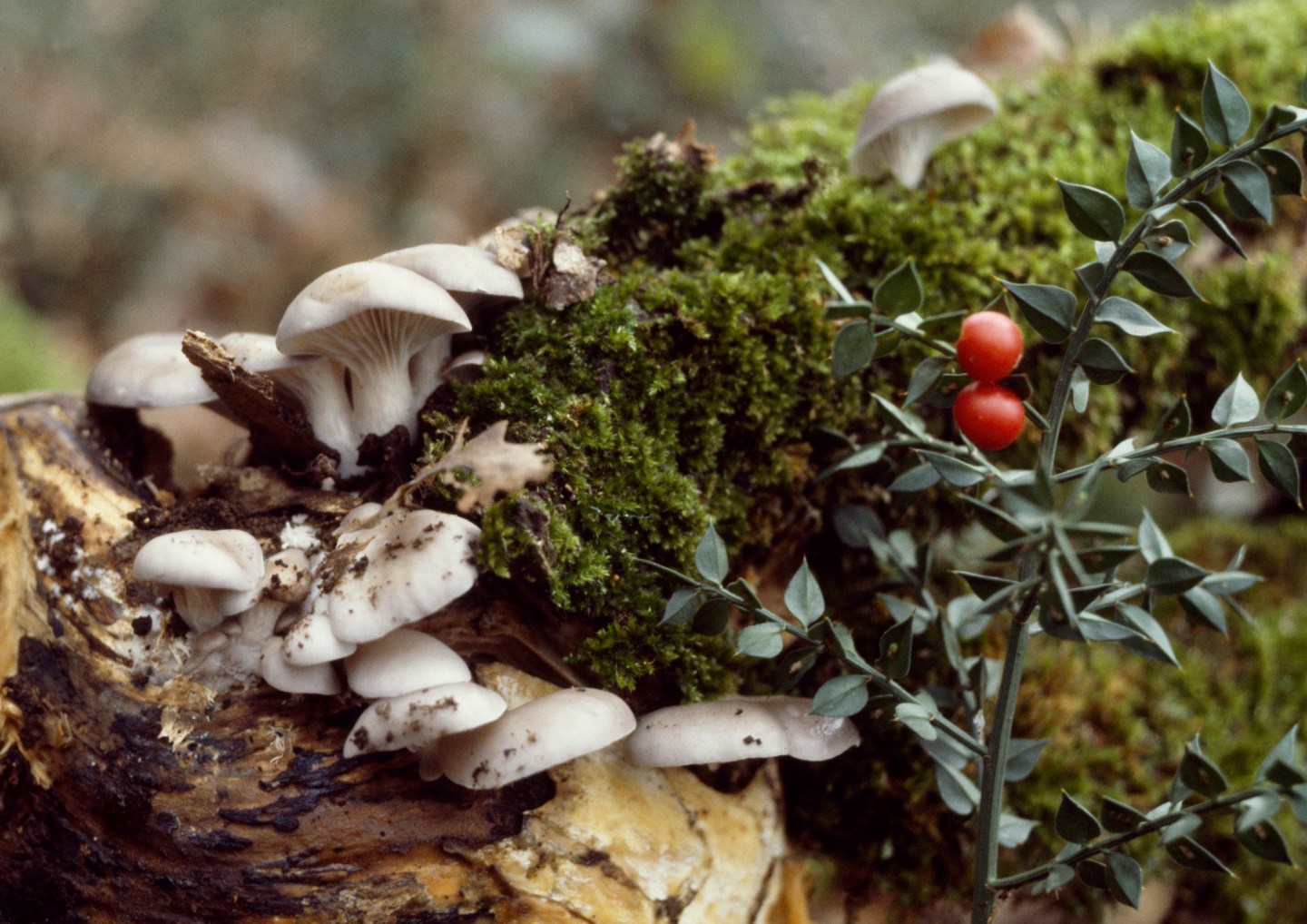 Americans are still afraid of mushrooms.

On a recent Saturday, locals shopping at the Forest Hills greenmarket in Queens stopped by Joe Rizzo’s booth, which is filled with oyster mushrooms that look like the dusky blue ruffles of a dress, or have white stems that flare into golden trumpets. The mushrooms smell like the deep woods after it rains. Rizzo’s regulars thanked him for coming, a few people asked him if his mushrooms were safe to eat, but most people just stopped and stared.

Rizzo is one of three mushroom farmers who sell at New York City’s 68 farmers’ markets. Five years ago, he quit his job as a middle school teacher in Brooklyn to start a mushroom farm, Blue Oyster Cultivation, and entered the tiny American mushroom industry. Today he says one of the biggest business hurdles he has to overcome is America’s mushroom stigma.

Last year the $1.1 billion dollar mushroom industry produced 896 million pounds of mushrooms in the U.S. But even though the fungi kingdom has more than 10,000 different types of mushrooms, Americans typically eat just one species and they’re not the kind you’d find at Rizzo’s booth. According to a 2013 report from the U.S. Department of Agriculture, almost 98% of mushrooms eaten by Americans are the Agaricus bisporous, commonly called white button caps, and criminis, which have brown caps. (Portabellas are very mature criminis.) The remaining 2% are shiitake mushrooms (.96%), oyster mushrooms (.82%) and other varieties (.4%).

According to The Mushroom Council, the industry’s promotional organization, Americans eat four pounds of mushrooms a year, up from a pound per year in the 1960s. That figure is paltry compared to the eight pounds a year eaten by Europeans and the 25 pounds per year eaten by Chinese consumers, according to David Law, owner of Gourmet Mushroom, a California grower that specializes in cultivating exotics.

Mycologist Paul Stamets, who teaches seminars and sells products for growing exotic varieties, has a simple explanation: Americans are mycophobic — and are afraid of eating unknown varieties. “We have an irrational fear of mushrooms, largely inherited from our British ancestors,” he says. “In Asia and Eastern Europe mushrooms are looked upon as fruits of the forest.” Americans may see mushrooms as fruits of the forest too— but more likely as poisonous or psychedelic ones. Stamets says Americans are missing out, especially on their nutritional value. Mushrooms are 30% protein by weight, have few calories, and are a source of vitamin D.

While most exotic growers won’t go as far as to say there’s a phobia, they do agree there’s a stigma. Rizzo sticks to upscale markets where the clientele tend to be foodies or culinarily curious, and even then people tend to be suspicious of his wares.

Large growers who sell white button mushrooms also have a vested interest in seeing mushroom consumption increase. Even though demand is up, today there are only 298 mushroom growers in America. In the 1930s there were 516, according to the Census. Many of these farms shut down when canned imports from Asia flooded the market in the ‘50s and ‘60s. Since then, America’s recent interest in fresh mushrooms has kept the surviving growers in business and these farms are getting larger, says Jim Angelucci, general manager of Phillips Mushroom Company, which was founded in 1927.

Improvements in technology have made it easy for producers to keep up with demand. For example, Phillips Mushroom has increased its annual mushroom crop of seven million pounds to 40 million pounds over the past five years.

Growers are united in their attempts to educate the public about mushrooms, though their strategies remain as wide and varied as the fungi kingdom. The Mushroom Council, which has roughly 90 members, dedicates most of its effort to popular mushrooms such as the white button and crimini. It annually spends $500,000 to fund research to discover the nutritional and health benefits of mushrooms as well as getting mushrooms recipes spots on television shows. Their latest push is the blended burger where the meat is mixed with mushrooms, and which they are trying to sell to school cafeterias.

Back to the Roots, a company founded by two college students from Berkeley sells growing kits that provide early childhood mushroom education. The startup boasts $3 million in revenue, thanks to its brown box oyster kits that are sold at Whole Foods Market.

And mycologist Paul Stamets gave a TED talk entitled “6 ways mushrooms will save the world” (No. 5 is mushroom fuel) which racked up 2.5 million views.

At the farmers’ market, Rizzo breaks apart clusters of mushrooms like bunches of flowers and places them in pint boxes. Half of his booth is devoted to mushroom specimens he found in the woods, and he has a tiny printed book that explains what each mushroom is and its various medicinal uses. When people stop by to touch his specimens, or ask if his mushrooms are safe to eat, he smiles and gets ready to start a conversation. He, too, knows publicity is part of the job.