Do we still scream for ice cream? 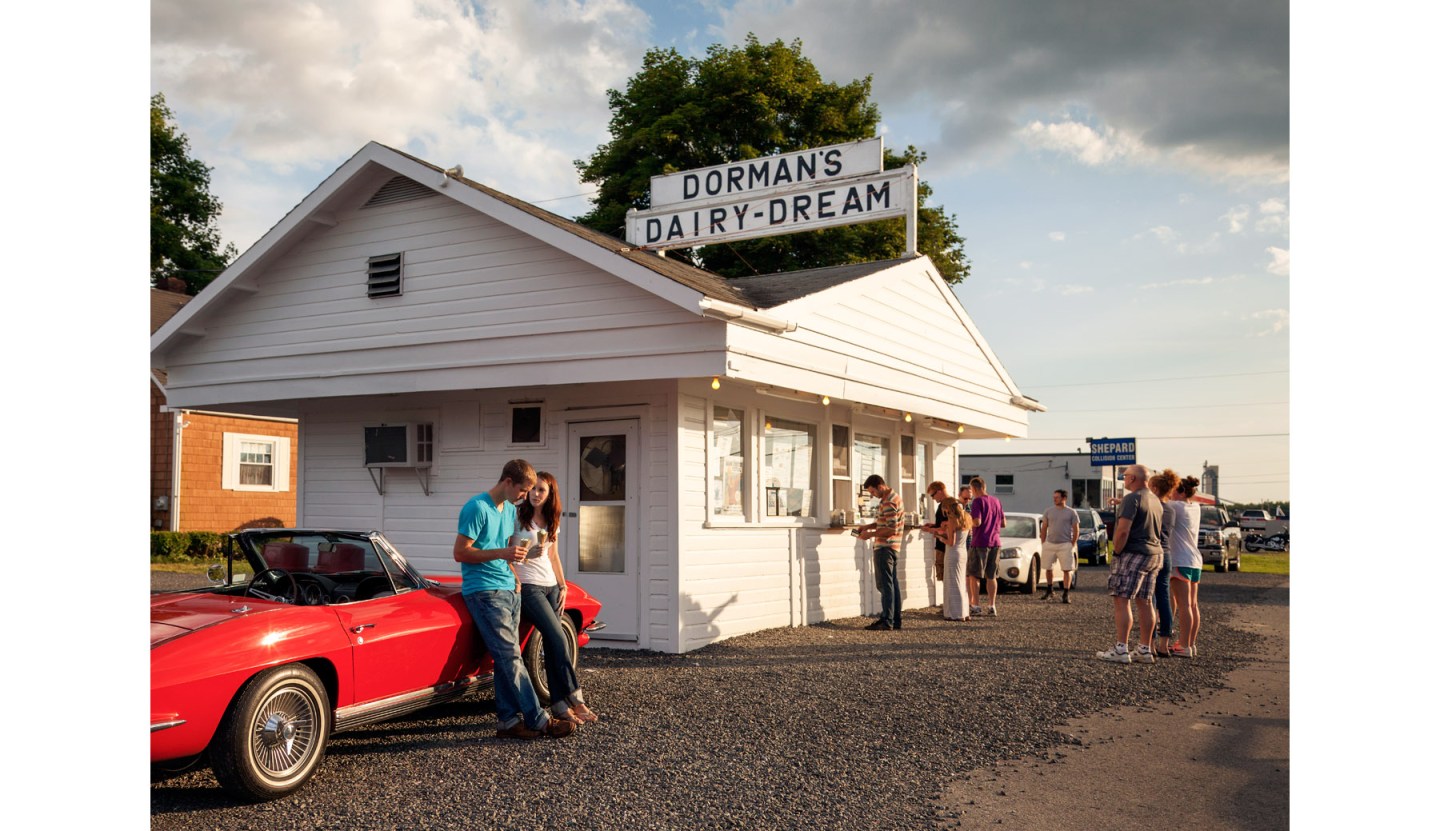 The phrase “American as apple pie” has never been quite right. The quintessential American dessert has long been the stuff that goes on top of that pie: ice cream. The frozen treat evokes timeless summer rituals—jumping through sprinklers, running barefoot on the lawn, chasing a truck down the street as it blares the same carnival-like chords (over and over and over again) through a loudspeaker. For an American child in summer, there is no more eagerly welcomed sound and sight than the ice cream man.

In the U.S. last year, people spent $13.7 billion on ice cream, not including restaurant sales. In any given two-week period, according to research by NPD Group, 40% of Americans will eat ice cream—that’s nearly as large a share as will drink coffee (47%).But for some time now, the iconic double-scoop cone has been facing a consumer frost. While the average American will consume ice cream a prodigious 28.5 times this year, according to NPD Group, that’s actually down 45% from the level a quarter-century ago. (In 1989 we gobbled down the stuff 41.3 times.)

In comparison with ice cream’s slow decline, froyo has been booming of late, with shops popping up on seemingly every other city street corner. At the end of last year, there were an estimated 2,582 frozen yogurt stores, according to IBISWorld. That’s more than twice the number (1,018) that existed in 2008. Sales, meanwhile, have soared an average of 21% a year over the same period vs. a virtual flatlining for ice cream.

“When you look at the growth happening within the industry, it’s all about frozen yogurt,” says Mary Chapman, Technomic’s director of product innovation. Witness the explosion of Red Mango, which opened its first U.S. store with just two flavors of frozen yogurt in 2007, and which reached store No. 300 this summer.

So does this mark a coup d’état in the icy dessert realm, you ask? Hardly. Indeed, we’ve been here before, and history does not bode well for poor froyo.

America got its first taste of the sweet iced bacterial cultures (at least in a mass-market food-service setting) in 1981 with TCBY. The soft-serve yogurt craze rose to its peak in 1992, says Harry Balzer, the food trend guru at NPD Group, and then steadily waned. (The number of TCBY stores has declined from some 2,800 outlets in the mid-1990s to about 650 today.)

Even at its height, though, froyo’s popularity never came close to ice cream’s (see chart). And the current boom in froyo sales numbers, says Balzer, is due more to rising populations and higher prices for frozen yogurt than it is to changing habits. All signs, in fact, point to a bubble: According to IBISWorld research, froyo sales in the U.S. will grow more slowly in the coming years, and by as early as 2019 begin to shrink. Says Technomic’s Chapman of the current froyo hype: “I’m actually surprised it has lasted as long as it has.”

Red Mango, for its part, isn’t waiting to find out. Last December the chain introduced new products, including sandwiches and snacks. “We were really surprised,” says Nicole Taub, a Red Mango franchise support manager, of the new products’ adoption rate. Within a few months yogurt made up less than half of some stores’ sales.

During one hour at the height of summer in a Red Mango shop in lower Manhattan, about a dozen people visited, but only one opted for frozen yogurt. Most ordered juice. (Sweet Green Zing juice, made with kale, apples, and celery, is the most popular nonyogurt item.) Thanks to all the new product offerings, the kitchen of the Red Mango shop now looks like a produce warehouse, with stacks of carrots and buckets of kale. “We’ve gotten really creative about storage,” says Taub of the expanded menu.

All this said, there is one big, sprawling silver lining for both froyo and ice cream, and that’s the market everywhere outside the U.S. Ice cream sales shot up 13% last year in Turkey, for instance, and 19% in Brazil, according to Euromonitor. Chinese consumers alone bought $5.4 billion of ice cream in 2013—a remarkable and fast-growing share of what today is a $77.3 billion global business.

So even if America’s summer classic is taking it on the chin at home, it’s comforting to know that “à la mode” is still in style overseas.