After 17 years, Bill Campbell steps down from Apple’s board 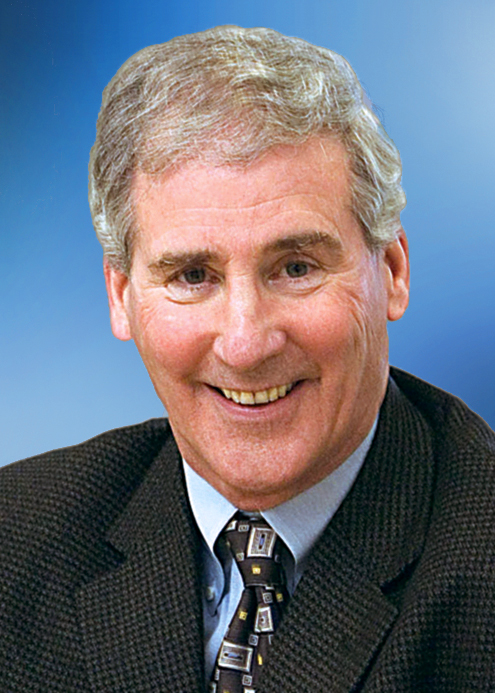 Bill Campbell recalls Steve Jobs’ invitation to join Apple’s board of directors as the kind of request that “takes your breath away.”

It was 1997, shortly after Jobs had returned to Apple. Jobs and Campbell were neighbors in Palo Alto, and Jobs would frequently take walks on weekends and knock on Campbell’s door. Sometimes Jobs simply would wander into Campbell’s backyard and sit down by the pool. “He came by one day, and we sat on a bench by the pool,” Campbell says, “and he said, ‘I’d like you to join the Apple board.’ The only time I’ve had a rush like that was when I was asked to be a trustee of Columbia University. I said, without hesitation, ‘For sure.’ ”

After 17 years as a director—and a history dating back three decades to when he first became an Apple marketing executive—Campbell plans to end his formal association with Apple (AAPL). The company announced on Thursday that Campbell will resign from the board and will be replaced by Sue Wagner, a co-founder of the asset-management firm BlackRock (BLK).

In an exclusive interview with Fortune ahead of the announcement, Campbell reflected on his working relationship with Jobs, how he got into executive coaching, and Apple’s future under current CEO Tim Cook.

When Jobs approached Campbell, who turns 74 in August, he was CEO of Intuit (INTU), where he remains chairman of the board. That was after a career that had taken him from the head football coaching job at Columbia, his alma mater, to Kodak and Apple as well the failed but spectacularly high-profile handheld computer company Go. Having found his place in the business world, Campbell was well positioned to be a sounding board for Jobs, who had become a close friend. “I watched him emerge as a CEO in real time,” Campbell says. “I had a continuum with him. I watched him when he was general manager of the Mac division and when he went off and started NeXT. I watched Steve go from being a creative entrepreneur to a guy who had to run a business.”

For years Apple’s board had no chairman. Instead Campbell and former Genentech CEO Art Levinson were “co-lead directors.” (Jobs briefly became chairman shortly before his death, and today Levinson chairs the board.) In the period after Steve Jobs returned to the company the interactions of Apple’s board were less formal than they are today, Campbell says. In those early days, everyone—including then-board member Larry Ellison—had their hands in most topics of discussion.

It was also during Campbell’s early days on the Apple board that he developed his current expertise for coaching the technology industry’s leaders. “John Doerr asked me if I would help out at Amazon,” he says. Campbell helped convince a young Jeff Bezos to continue as Amazon’s CEO, rather than becoming executive chairman, and Campbell began a long run of advising companies associated with the venture firms Kleiner Perkins (where Doerr is a partner) and Benchmark Capital. He’d later coach the likes of Eric Schmidt of Google and Evan Williams of Twitter, as well as countless individuals involved in some manner with Silicon Valley’s power structure. Coaching sessions often occur over beers and chicken wings at the Old Pro, a sports-themed bar Campbell owns in downtown Palo Alto.

Campbell has walked a sometimes not-so-fine line during his business coaching career managing potential conflicts of interest. The highest-profile danger zone was his dual role on the Apple board and advising Schmidt and Google. “Steve would say, ‘If you’re helping them you’re hurting me.’ He would yell at me,” recalls Campbell, whose normal banter typically needs to be sanitized for most publications. “ I’d say, ‘I can’t do HTML, come on. I’m just coaching them on how to run their company better.’” He continued in both roles for years.

Campbell’s Apple association dates back to 1983, when then-CEO John Sculley recruited him to be head of marketing. He reported to Floyd Kvamme, who went on to be an influential venture capitalist. Campbell eventually headed a software spinoff of Apple called Claris, which he intended to take public before Apple exercised a right to buy it back.

Though hired by Sculley, Campbell became far more closely associated with Jobs. Apple observers thought of him as “Steve’s guy” on the board and assumed that would make for an awkward situation with Tim Cook, who succeeded Jobs as CEO three years ago next month.

Each praised the other Thursday. “Bill’s contributions to Apple are immeasurable, and we owe him a huge debt of gratitude,” Cook said in a statement. “On behalf of the board and the entire company, I want to thank him for being a leader, a mentor and a friend.” Campbell was equally as effusive. “Apple is an institution now,” he said. “Tim’s done an amazing job of building bench strength within the organization. There’s a whole set of new and smart people who are taking over. You’re watching that company grow up.”

One of Campbell’s unique attributes during the Jobs years was his insight into Jobs’s thinking and character, due to their friendship. As he leaves Apple’s board—and given his vast network of senior leaders in the tech industry—Campbell now offers a unique insight into what makes Cook tick. “Tim is a calm, thoughtful guy,” he said. “He studies things and thinks about them, makes a decision, and moves on.”

Campbell says Cook called the morning of his resignation announcement and asked if he could make a contribution somewhere in Campbell’s honor. He already sensed that Campbell’s preference would be for something related to the town where he grew up, among the steel mills of Pennsylvania. “That’s the way he thinks,” Campbell says of Cook. “In his warm way of saying goodbye to me he’s going to do something warm for me, make a contribution to my home town.”

Contributions are what Campbell has been all about, to Steve Jobs and to Apple. Not always the most visible or tangible to the outside world, but incredibly significant nonetheless.

Correction, July 17, 2014: An earlier version of this article incorrectly stated that Campbell worked at Xerox earlier in his career. He worked at Kodak.