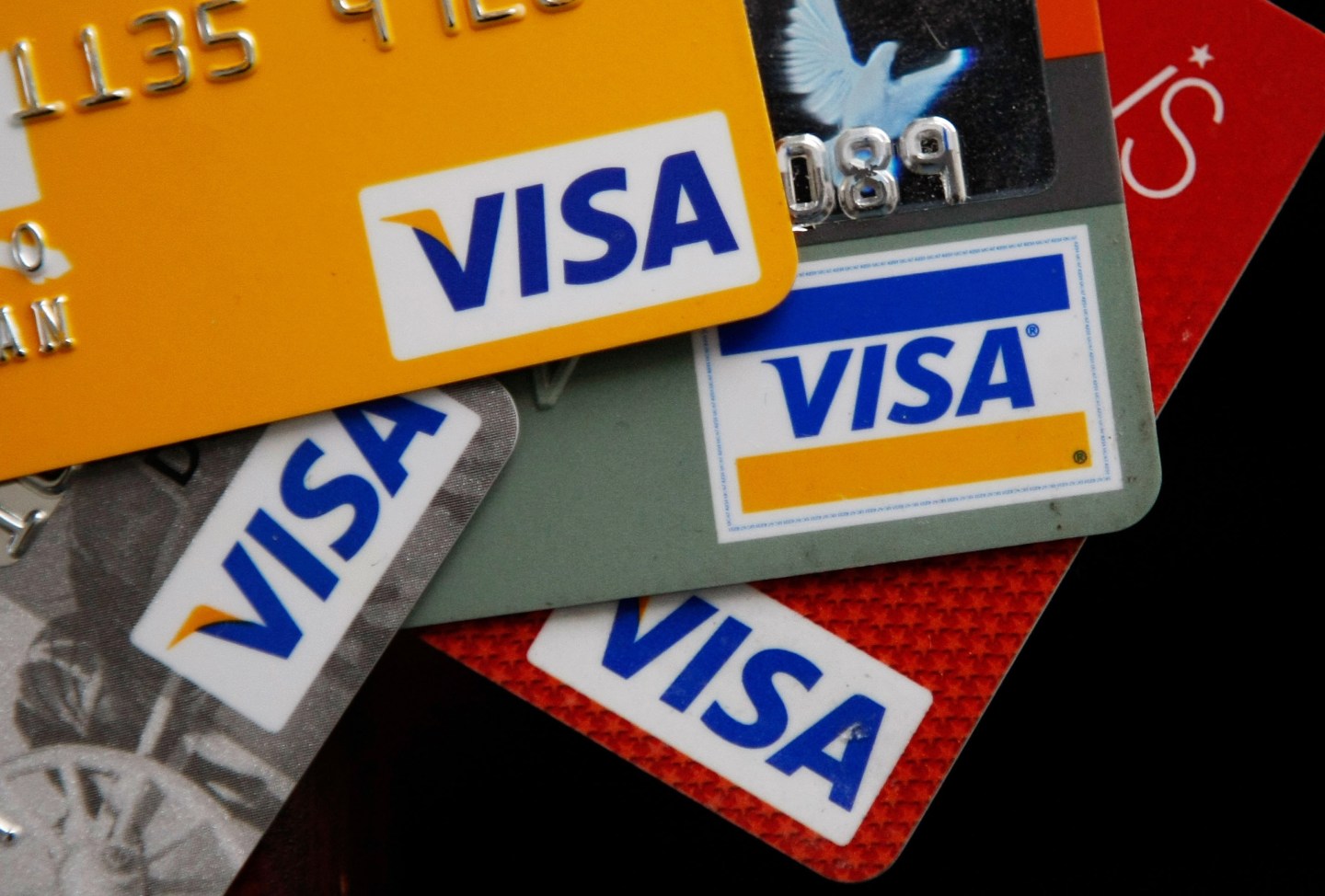 Visa has long seemed behind the times when it comes to e-commerce. To buy something online, its credit card holders must go though a long and tedious process of filling in their names, addresses and account numbers.

Visa is hoping to change that with Checkout, a digital wallet the company introduced today that shoppers can use to store their Visa card information and those of its rivals, MasterCard, American Express and Discover. Shoppers using the wallet with participating retailers can buy an airline ticket, pizza and office supplies after only supplying a user name and password.

With Checkout, Visa is taking aim at a number of established digital payment services that offer largely the same convenience, including Google Wallet and PayPal. Both services already have a formidable base of users and a huge number of merchants on board.

Although Checkout works on desktop computers, it is aimed squarely at shoppers using their smartphones or tablets. Entering credit card information is particularly cumbersome on small screens with tiny buttons, putting Visa at risk of missing out on a fast-growing segment of online retailing while giving rivals a bigger opening

“We’re updating the credit card to work better in the digital environment,” Sam Shrauger, senior vice president of digital solutions for Visa, said in an interview. He spoke of taking the friction out of shopping online, which includes a large number of people abandoning their online shopping carts because of the hassle.

A previous attempt by Visa to push into digital wallets failed to gain traction. The company kicked off that effort, V.me, in 2012, but it never caught on with merchants, in part, because they had to go through a long process to get up and running that could take more than a month. Shrauger now describes that effort as merely a learning experience. The latest version is far quicker for merchants and more streamlined for shoppers, he said.

The challenge for Visa will be to get shoppers who already use Google Wallet or PayPal to dump those services and switch. It’s an open question whether that will be possible.

PayPal, owned by eBay, has a huge head start on Visa. It has 148 million active users, tens of thousands of merchants and offers its users a greater number of options than Checkout. For example, PayPal lets users draw money directly from their bank accounts, store money in interest-bearing PayPal accounts and send money to individuals.

Google Wallet also offers a greater set of features including the ability to send money to individuals for free from a bank account and for a small fee from a credit card. Google recently linked Wallet to Gmail, used by hundreds of million of people, to make it more convenient and to expose it to more potential users.

But at the same time, Visa is a partner of both PayPal and Google Wallet. Shoppers often link their Visa accounts to those services, from which Visa collect merchant fees on every transaction.

In any case, Shrauger argues that Visa is already a big player in e-commerce – 47% of all online transactions are handled using a Visa product – and that it has the trust of its customers. Checkout will be available to customers in the U.S., Canada and Australia.

Separately, Visa earlier this week announced an investment in DocuSign, a company that handles digital signatures for documents, signaling its interest in making more headway in the online world.

“Both Visa and DocuSign have a common vision to help consumers and organizations transact business in confidence,” Ryan McInerney, Visa’s president, said in a statement. “Our mutual objective is to eliminate paper-based transactions.”