Starbucks exec: get ready to order your lattes on your smartphone, pick up in-store 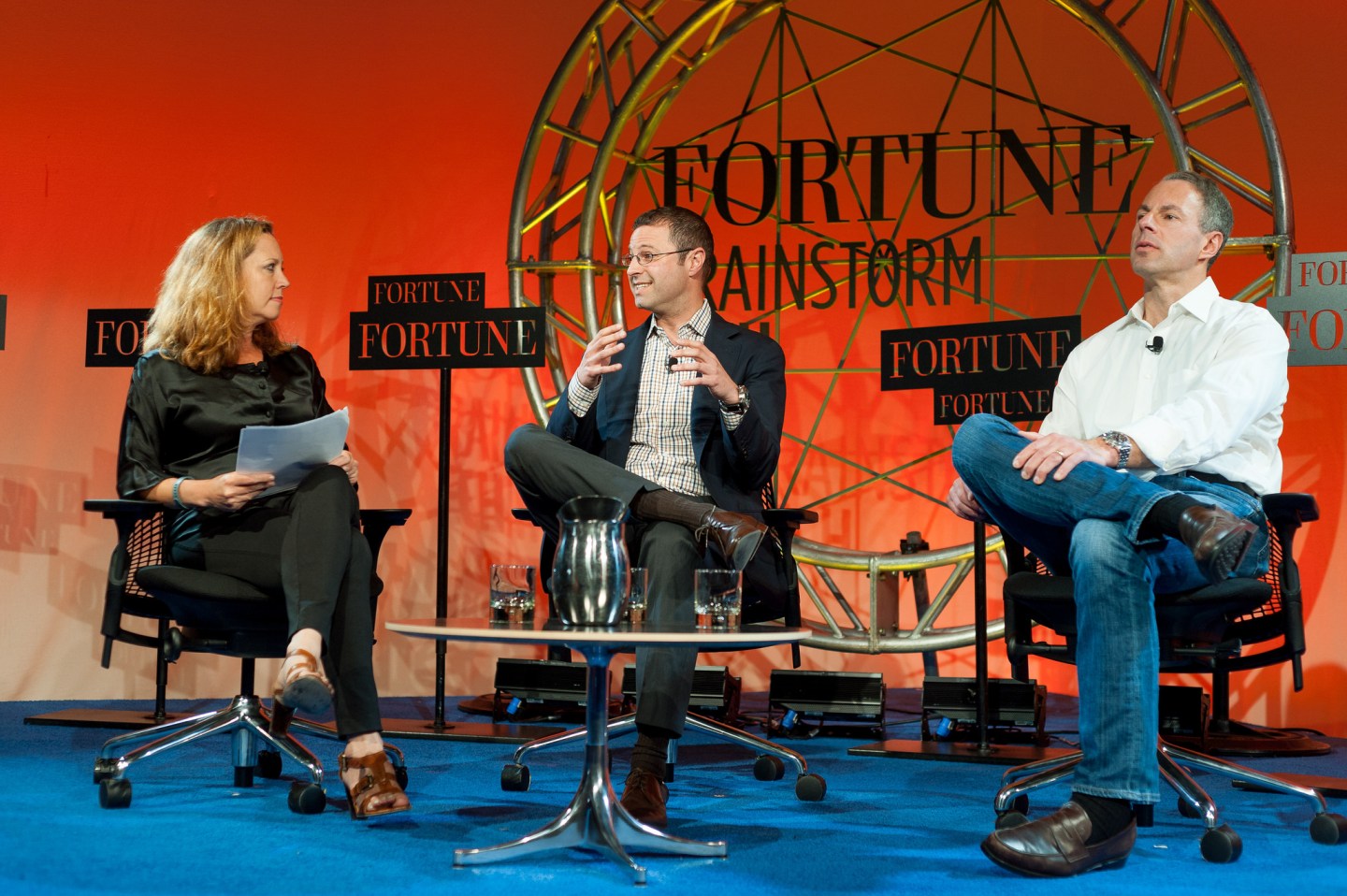 Starbucks customers who love their grande frappuccinos but can’t stand waiting in line may soon be in luck: Starbucks will soon begin testing a new service that will allow customers to place an order from a mobile device and pick it up in the store.

Brotman said that Starbucks (SBUX) will be rolling out the program in a single undisclosed market “later this year.” Customers must be a member of the company’s loyalty program to use the digital service. Brotman said that the coffee chain must demonstrate that it can create a “seamless connection” between the digital ordering experience and the in-store pick-up. If all goes well, Starbucks will take the program national.

“If it’s done right, it could power the company to a whole next level,” said Brotman. “But if it’s not it could hurt the brand. When we feel that it’s great then we’re going to roll it out nationally.”

Brotman discussed the program as part of a panel on “The Digital Conversation with Your Customers.”

Devin Wenig, president of eBay Marketplaces, said his company’s business has changed radically in recent years, from a re-sale site to digital marketplace that seeks to increase engagement with all types of shoppers. “Over 70% of what we sell is new,” said Wenig, who said he thinks of the new eBay (EBAY) as “the world’s biggest mall.”

Wenig also addressed the company’s recent security breach and the decision to ask 140 million customers to reset their passwords, potentially alienating a huge portion of its user base. The most important thing was to keep trust with eBay’s customers. “We knew it would disrupt the business in the short run, but it’s so important to the brand,” said Wenig.

Starbucks, similarly, is hyper focused on getting the digital ordering program absolutely right before rolling it out, to make sure it doesn’t harm its relationship with its customers, said Brotman.

That should reassure Starbucks loyalists that digital ordering will be just as easy as talking to your favorite barista. “Howard s has an uncanny sense of what a great customer experience looks like,” said Brotman. “It doesn’t matter if it’s physical or digital.” In one lucky test market somewhere, it will soon be both.