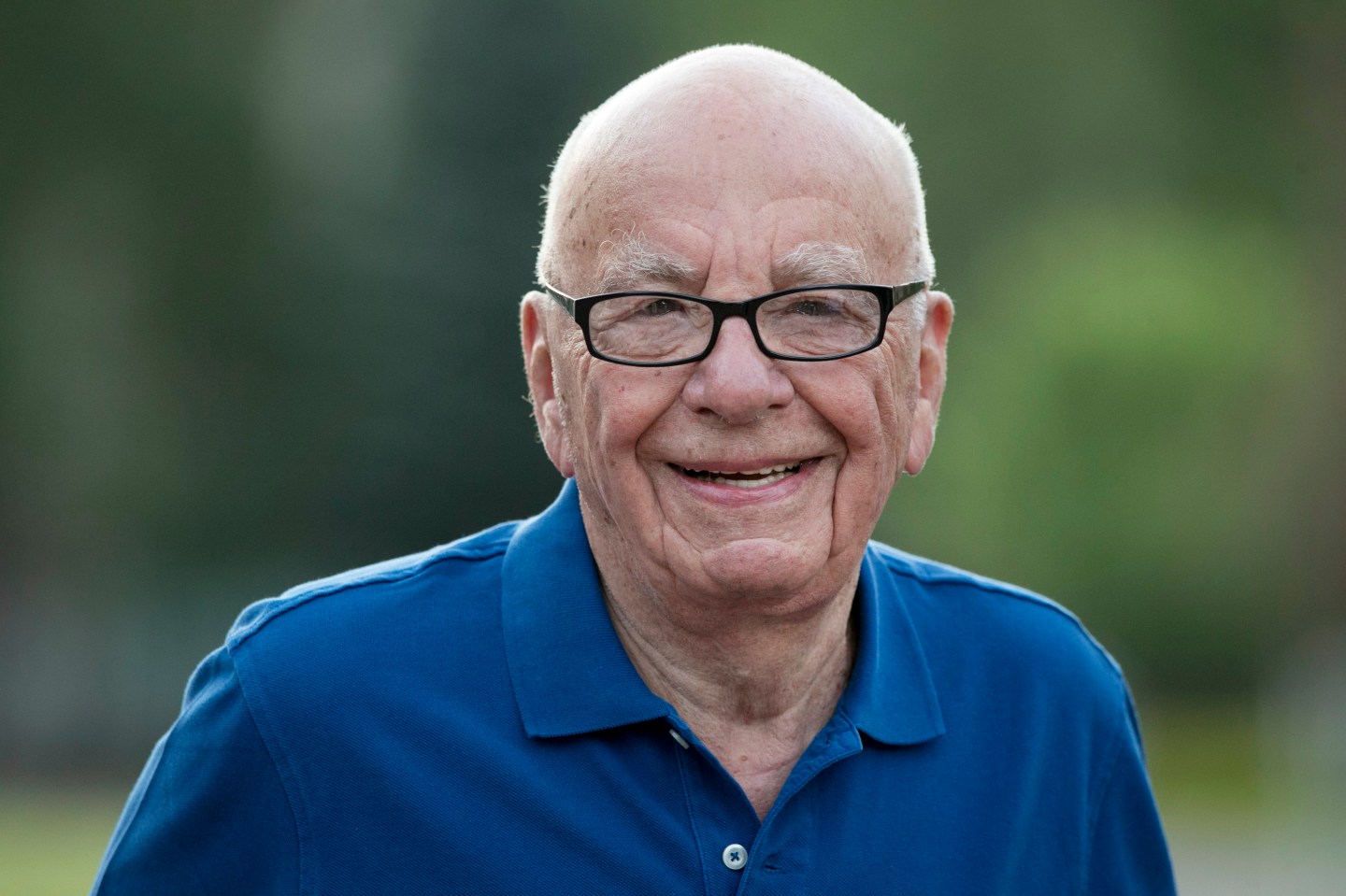 News Wednesday of Rupert Murdoch’s attempt to buy Time Warner may have serious implications for your investments.

A chart from Art Cashin, the UBS director of floor operations at the New York Stock Exchange, was doing the rounds on social media Wednesday morning. It shows that the last two times Murdoch made a major acquisition, the deals came at market tops.

Cashin’s chart (below) identifying these market moves first appeared online in a Tweet by Sara Eisen of CNBC.

The market is certainly primed for a pullback. The S&P 500 has rallied 7.2 percent so far this year and has hit fresh record highs recently amid better-than-expected corporate earnings, central bank stimulus and signs that the U.S. economy is strengthening. This summer the Dow Jones industrial average topped 17,000 for the first time ever.

In April, Fortune sat down with Murdoch to discuss his empire and his legacy.