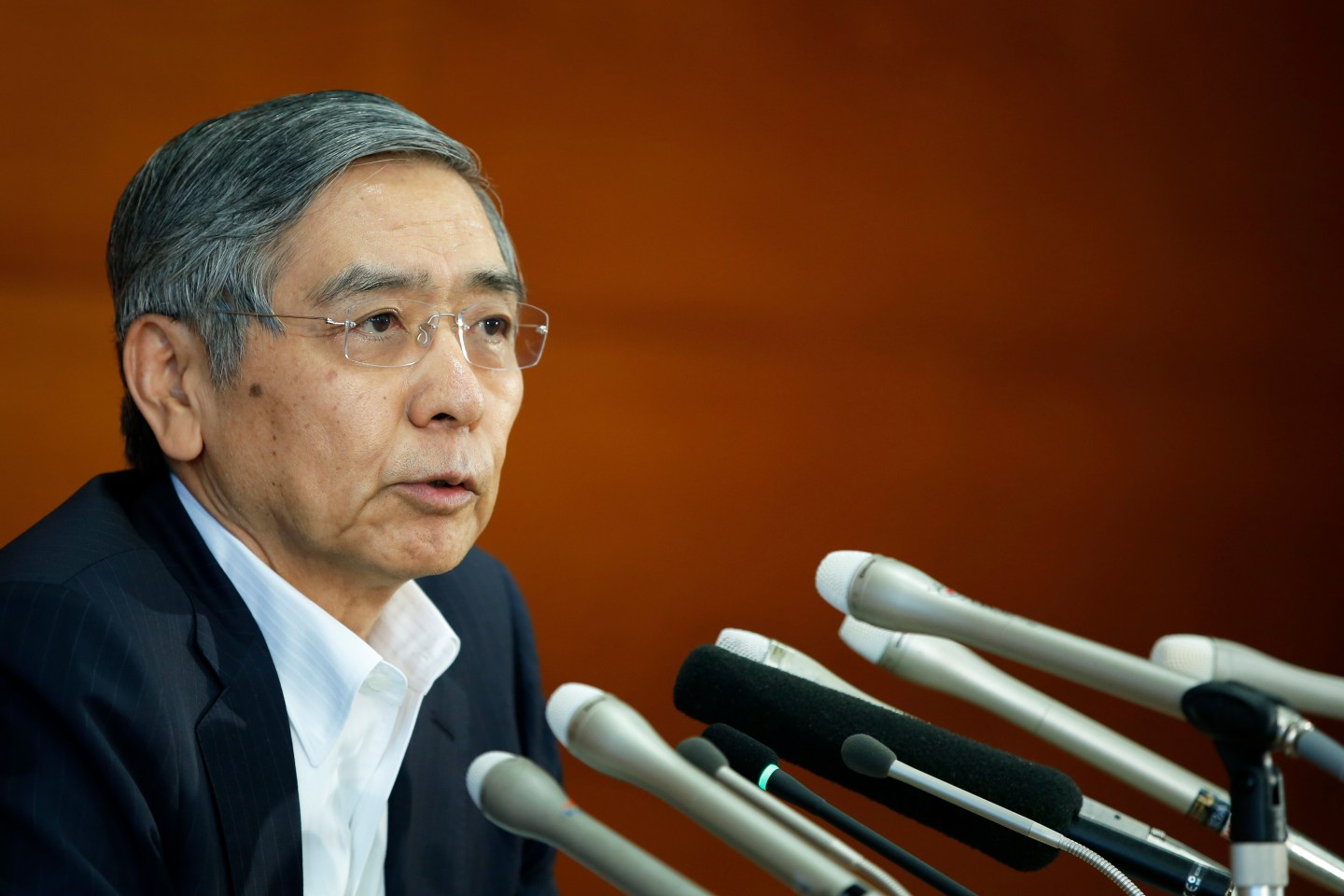 Haruhiko Kuroda, governor of the Bank of Japan (BOJ), speaks during a news conference at the central bank's headquarters in Tokyo, Japan, on Tuesday, July 15, 2014. Kuroda signaled confidence in the Bank of Japan's bid to drive inflation to 2 percent as the central bank maintained unprecedented stimulus. Photographer: Kiyoshi Ota/Bloomberg via Getty Images
Bloomberg--Getty Images

China’s economic slowdown seemed more than ever a thing of the past, after data released Tuesday showed a sharp rise in bank lending in June.

China’s banks–whose lending is heavily influenced by government policy, extended 1.08 trillion yuan ($174 billion) in new loans in the month, up over 20% from May and well above consensus forecast of CNY955 billion. Broader measures of liquidity in the economy also expanded far faster than expected.

China’s economy, which has been the biggest single engine of growth for the world economy since the crisis, has faltered in recent months as the country struggles to reinvent its economic model, focusing more on raising domestic consumption and diverting resources away from investment-heavy export industries. Its growth rate in the first quarter was the slowest in two years.

However, Premier Li Keqiang has insisted the country will meet its target of 7.5% growth this year and repeated his upbeat message in a statement on the government’s website Tuesday.

The Bank of Japan, meanwhile, also issued a relatively bullish update of its outlook for the economy. Although it shaved its growth forecast for the current financial year (ending in March 2015) to 1% from 1.1%, governor Haruhiko Kuroda indicated at a press conference that the chance of the economy needing further stimulus to win its two-decade battle with deflation is now close to zero.

The combination of bright news drove Asian stock markets higher Tuesday, with Japan’s Nikkei 225 index rising 0.6%, while the benchmark indexes in Hong Kong and Shanghai rose by 0.5% and 0.2%.

There was less good news out of Europe, however, as a leading indicator for the German economy fell for the seventh month in a row. The ZEW research institute’s index of expectations for the economy fell to 27.1 from 29.4 in May, barely above its long-term average of 24.7. ZEW’s index assessing current conditions in Germany also fell to -31.5 from -27.7.

ZEW head Clemens Fuest said the economy had suffered a “dip” in both production and in retail, but said the medium-term outlook “remains positive.”

The German DAX index fell sharply in reaction to the news and was 0.4% lower by 0600 EDT.