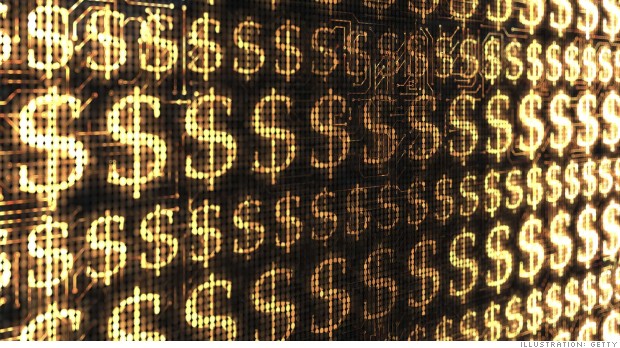 Rap Genius, the website with crowdsourced footnotes about everything from song lyrics to Shakespeare’s sonnets, is changing its name to Genius.com and getting $40 million in funding.

The news, announced on Friday, signals the quick rise of the five year-old start-up, which got started as a hub for rap music fans to discuss and post personal thoughts about the sometimes profane lyrics. It has since expanded its focus beyond music to literature and restaurant menus while gaining a large following of users.

Quicken Loans founder and Cleveland Cavaliers owner Dan Gilbert – who has had an eventful day – led the funding, which was first reported by Business Insider. The investment may value the company at $400 million, according to the report. In addition to the money and name change, the company also said it would support embeddable annotations that will let other websites display crowdsourced footnotes that are viewable to users by hovering a mouse over a particular section of text.

Genius co-founders Ilan Zechory and Tom Lehman said in a post  that the new developments are part of their company’s mission “to annotate the world.”

“The Internet contains multitudes,” the co-founders wrote. “It is the greatest store of knowledge in human history. But so often we flit from page to page without ever diving in. We believe that an Internet that is Genius-powered will help us all realize the richness and depth in every line of text.”

Joining Gilbert in the $40 million funding is longstanding Genius investor Andreessen Horowitz, which pumped $15 million into Rap Genius two years ago. (Fortune magazine recently featured a cover story on Ben Horowitz, a founder of  venture capital firm, which explored his influence as a backer of Silicon Valley’s startup community, including Rap Genius. Horowitz, a rap music fan, created an annotated hip-hop playlist for us).

Zechory, the Genius co-founder, first connected with Gilbert, the basketball team owner, after meeting his teenage sons at a Detroit Lions football game last fall, according to Business Insider. From there, the two began meeting with Gilbert about investing in the website, and Gilbert eventually consulted with Horowitz and his partner, Marc Andreessen, about teaming up on funding. Genius plans to use the influx of capital to hire additional staff, including new engineers and designers.

Genius has survived a series of scandals in recent months, with Google punishing the company for trying to game its search rankings with tricks to enhance its position in search results. The company was also forced to dismiss one of its co-founders, Mahbod Moghadam, in May after he inserted offensive annotations into a copy of the manifesto penned by Elliot Rodger, who killed six Santa Barbara students in a shooting spree, that was posted on Rap Genius.