Argentina vs. Germany: Can the steak fry the schnitzel? 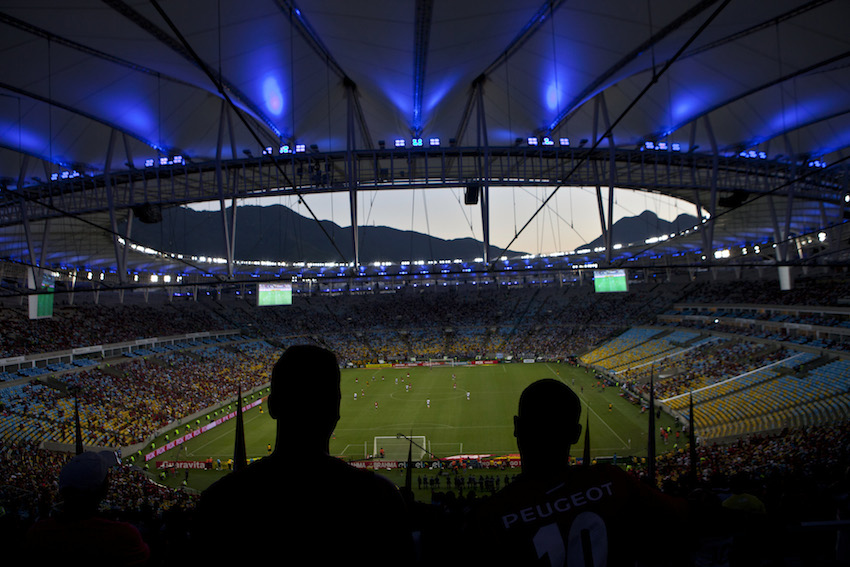 Germany versus Argentina promises to be a compelling World Cup final on Sunday with two top teams battling for global glory. Off the field, the countries also make for a fascinating match-up that, admittedly, will have nothing to do with the game’s outcome. But hey, these tidbits of economic trivia are fun and get us in the mood for all the dribbling, corner kicks and flopping to come. May the best country win in this, Fortune’s first World Cup face-off of financial and culinary might.

Both Germany and Argentina are shaky when it comes to their economies. But one is clearly stronger than the other when it comes to gross domestic product. Germany, with its huge industrial economy, is ranked fourth on the World Bank’s GDP list with over $3.6 trillion in annual output. Meanwhile, Argentina, which is strong in agriculture and natural resources (but stumbles big-time in fiscal management), is 21st with $470 billion. Per capita, that’s $45,000 for Germany and $14,000 for Argentina. So in this case, it’s a blowout of Germany v. Brazil proportions. Goal, Germany.

Argentina is known for its tender and succulent steaks. Germans make a mean schnitzel. But one of these products is becoming harder and harder for U.S. citizens to buy. Yes, Argentina – once a leader in the global steak export industry – has become unwilling to share much. In fact, when Quartz crunched the USDA numbers, it found that while Argentina exported over 20% of the total amount of beef produced in the country in 2005, the number slipped to around 7% in 2013. And while Germany may not be a leader in steak exports, at least we can thank them for the word schnitzel. Still, there’s nothing quite like an Argentinian steak, and the difficulty in actually buying it makes it that much more desirable. Goal, Argentina.

Germany is known for its tasty beer – and drinking it by the liter. So don’t count on this contest being close. We’re measuring which country consumes the most beer, as determined by Kirin Brewery Company (and as in our U.S. vs. Belgium piece, it’s important to note they’re a Japanese institution and therefore a neutral referee). Germany, as is no real surprise, places fifth on the international list by consuming over 4% of all global production in 2012. Meanwhile, Argentina comes in at 23 by consuming a mere 1% of global production. Per capita, that’s 106 liters annually for Germans, while Argentina fails to make the list featuring the top 25 countries. Germany leads: 2-1.

Well, so far, the score appears to be squarely in Germany’s favor. Germans have the beer and economic power fueling them. Plus, the oddsmakers are picking them to win. In our final category, we take a look at soccer playing statistics. Again, one country dominates. According to FIFA, Germany has 16 million soccer players and over 26,000 soccer clubs. That’s enough to place Germany at number four on the list. Argentina, meanwhile, comes in at 23 (are we sensing a pattern here?) with 2.6 million players and 3,300 soccer clubs. That’s from Germany’s population of 80 million, according to the CIA, while Argentina has 40 million inhabitants.

In sum, Germany may not only be the safe bet for Sunday’s game, but also the winner of Fortune’s prestigious tale of the tape. It has the economic might, beer-guzzling, and the grass roots soccer fanaticism in its favor. That’ll be a tough ask for Argentina to overcome, for sure, even with Lionel Messi, the superstar striker, on its team.