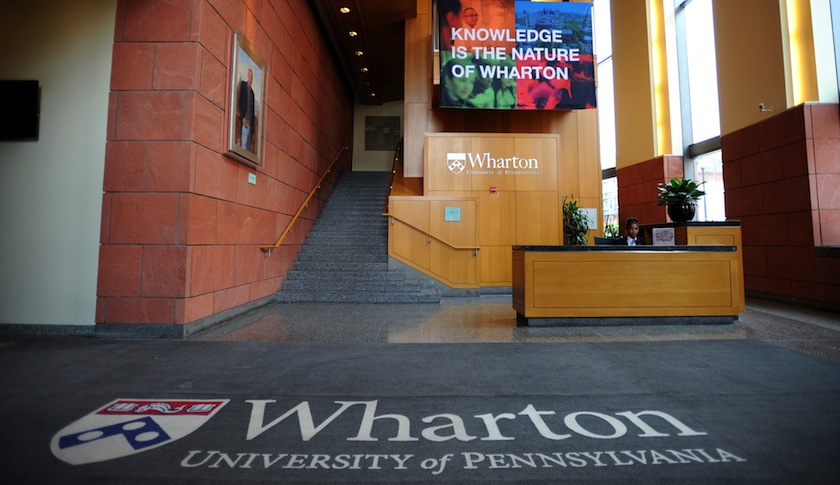 (Poets&Quants) — What’s the best undergraduate business program in the U.S.?

If you believe U.S. News & World Report‘s annual ranking, it’s Wharton, hands down. If you think Bloomberg BusinessWeek would have a better clue about what makes a great business program, you would probably be surprised that Wharton doesn’t even make its top five. BusinessWeek prefers Notre Dame University’s Mendoza College of Business.

We’ve come up with a new way to look at the best programs, combining the results of the two most closely watched rankings of the undergraduate experience with a new and important wrinkle in the analysis: a university’s overall national rank in the annual U.S. News list. After all, a student who majors in business at any of these schools will be taking far more courses outside the business school during the four years he or she is enrolled in an undergraduate program. So the school’s overall reputation should be as important as the quality of the business program.

Four of the top 10 undergraduate programs in business are at public universities. That’s largely because many of the best-known private schools that grant MBA degrees, such as Stanford’s Graduate School of Business, Harvard Business School, Columbia University, Northwestern University, the University of Chicago, and Dartmouth Tuck to name a few, do not have undergraduate business programs.

Wharton’s clear win is not surprising. The school boasts one of the most respected, and selective, undergraduate business programs in the country. The University of Pennsylvania has a 12% acceptance rate, and it doesn’t break its statistics down by school—though the rumors are that Wharton is harder to get into than Penn. A veritable Who’s Who of America’s Corporate Elite have waved hefty job offers at the roughly 650 students in the class of 2014, making freshly minted Whartonites among the most richly paid business undergraduates in the world.

With more applicants seeking a place in business programs throughout the U.S., it’s also getting significantly tougher to get into a top undergraduate program. Average SAT scores at many of the highly ranked schools have risen steadily in recent years. At the Wharton School, average SATs are up 22 points to 1466 in the past three years alone (we’re using the older scoring method in which a 1600 is a perfect score, not the current 2400). That’s considerably higher than the overall average of 1050 for SAT test takers.

“Demand is really growing at a higher rate at this point,” says Lori Rosenkopf, vice dean and director of Wharton’s undergraduate business program. “Certainly, if we look at our own trends in terms of just pure applications over the last decade, we’ve seen an almost continuous rise, with the exception of the economic crisis of 2008. For the current application cycle right now, we’ve had a 13% increase in applications. I think it represents this understanding more generally that business translates through many spheres.”

The Poets&Quants system tends to diminish anomalies in any one ranking, a common problem with statistical analysis. Those odd effects lead to some fairly divergent results between the U.S. News and Bloomberg BusinessWeek rankings. While Wake Forest University’s business school is ranked No. 11 by BusinessWeek, for example, U.S. News puts it at No. 34. And while U.S. News gives UC-Berkeley’s business school a highly impressive No. 2 ranking, BusinessWeek ranks the same school at No. 15.

There are even more dramatic differences among other schools. Consider Northeastern University’s D’Amore-McKim School of Business. U.S. News has it at No. 72; BusinessWeek gave it 19th place. That’s a difference of 53 places. Then, there is MIT’s prestigious Sloan School of Management. U.S. News has it in a three-way tie for second place, behind only Wharton. Shockingly, however, the school failed to make this year’s BusinessWeek ranking at all. The year before, MIT fell out of the top 10 to 19th place largely because Sloan has fewer than 125 undergraduate business majors, about 2% of its undergraduate student body. Other schools have thousands of students studying business. “For a potential employer looking specifically to hire a large number of business majors, this isn’t enough students to make a campus visit worthwhile,” explained the publication.

Why are such dramatic differences so common among the two ranking systems? The inconsistencies can be chalked up to significantly different ranking methodologies. U.S. News’ results are entirely based on the magazine’s survey of business school deans and senior faculty, many of whom vote on the basis of a program’s reputation, not its true quality. They are asked to rate the quality of all programs they were familiar with on a scale from 1 (marginal) to 5 (distinguished).

The BusinessWeek methodology is much more complicated and inclusive. It is based on surveys of students, employers, and schools. The student portion of the survey alone includes 44 questions about teaching quality, access to faculty, school facilities, career services, and more. The corporate recruiter survey was completed by 301 of the 922 surveyed employers, a response rate of 32.6%. An attempt to size up a school’s academic quality, using such factors as average SAT scores for the latest entering class and the ratio of faculty to students, is also used based on both school- and student-provided data.

Both systems have their flaws. U.S. News has been accused of conducting a popularity contest with its ranking because it is simply based on the opinions of a few hundred people. By surveying students who know their answers will be used to rank their schools, BusinessWeek risks getting little more than cheerleader responses.

Poets&Quants weighed three rankings equally—the BusinessWeek list, the U.S. News ranking of undergraduate business programs, and the U.S. News list of nationally ranked universities, combining these lists with a scoring system that resulted in an underlying index number for each school. Below are the top 10 programs.

The University of Pennsylvania's Wharton School