The Container Store is not immune to the retail ‘funk’ 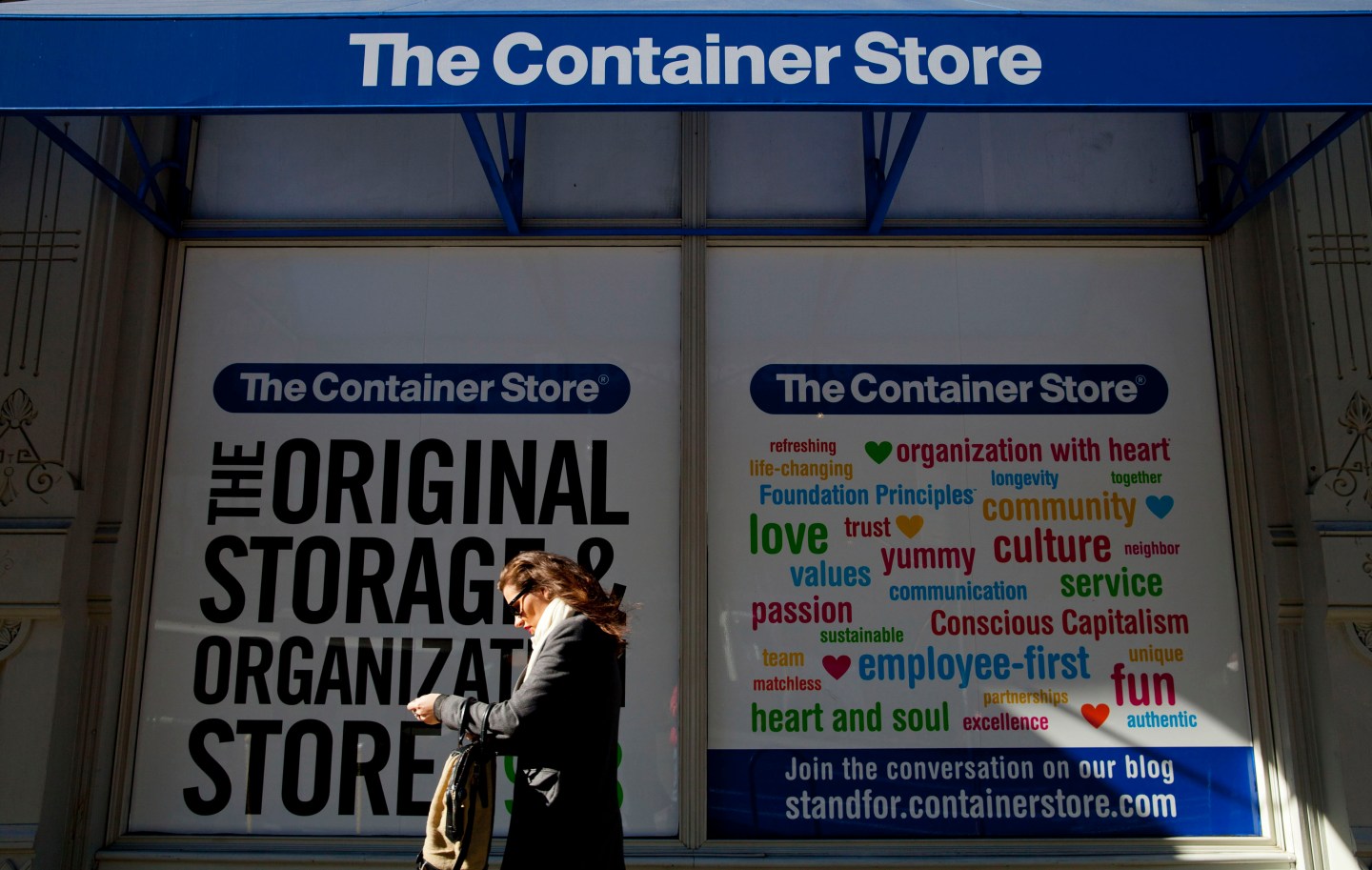 A pedestrian walks past a Container Store Group Inc. location in New York, U.S., on Monday, Nov. 4, 2013. Container Store Group Inc., a retailer of storage and organization products, surged in its debut after raising $225 million in a U.S. initial public offering by pricing the shares at the top of an increased range. Photographer: Jin Lee/Bloomberg via Getty Images
Photograph by Jin Lee — Bloomberg/Getty Images

The Container Store (TCS) reported its first quarterly decline in comparable store sales after a streak of 15 quarterly gains, the company announced Tuesday.

“Consistent with so many of our fellow retailers, we are experiencing a retail ‘funk,’” Kip Tindell, Container Store’s chairman and CEO, said in a release.

Comparable store sales declined 0.8% in the company’s fiscal first quarter, while net sales were up 8.6% year-over-year to $173.4 million.

Many retailers, including Wal-Mart (WMT) and Target (TGT), have acknowledged that shoppers’ changing spending habits have taken a toll on sales, as consumer caution lingers from the financial crisis.

The Container Store, even though it touts a higher-income shopper, isn’t immune. The seller of storage and organization items acknowledged that it can no longer blame the weather or calendar shifts for the consumer’s tightened spending.

“We’ve come to realize it’s more than weather and calendar,” said Tindell. “Most segments of retail are, like us, seeing more challenging sales than we had hoped early in 2014.”

The Container Store plans to increase its store square footage by 12% over 2014. It opened three stores during the first quarter and has another five slated to open this fiscal year.

The additional stores will add to the company’s expected fiscal 2014 sales of between $820 million and $830 million. Comparable-store sales are expected to increase 1.5% to 2.5% over the same period.