McCormick, granddaddy of American spices, may leave its Baltimore home 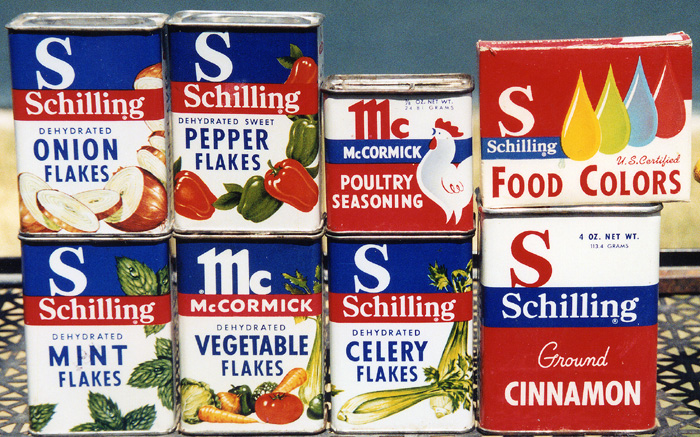 Even in its bleakest economic times, the Baltimore area could count on the granddaddy of the spice industry, McCormick & Sons, as a proud marker of its entrepreneurial heritage and its ability to survive.

McCormick (MKC), whose spices and seasonings have been at the elbow of many adventurous home cooks, has been a Baltimore area landmark for 125 years, and a generator of huge revenues—some $4.2 billion last year. But, in a jolt to the area, the company recently said it wants to move its administrative offices elsewhere, possibly in Pennsylvania.

“The McCormick name has always been associated with Baltimore and this region,” says Kirby Fowler, president of the Downtown Partnership of Baltimore, which oversees a 106-block inner city area. “McCormick is so engrained in the Baltimore psyche. You can’t drive down a street without seeing an advertisement or sign with their name.”

Baltimore area officials are scrambling to figure out how to keep McCormick in the state. The loss of McCormick, one of Baltimore County’s biggest employers, would be a blow to the immediate area as well as Maryland. The most recent listing of Fortune 500 companies shows only three Maryland-based companies, none of which are in the Baltimore area.

McCormick, which ranks No. 591, is one of several top-1,000 Baltimore area-based companies, including Under Armour (UA), T. Rowe Price (TROW), and W.R. Grace & Co (GRA). But critics say Maryland’s tax policies drive away major corporations. Since 2006, the number of Fortune 500 companies in the Baltimore area dropped from seven to zero.

But McCormick is a special case. It employs about 2,100 people and is fondly known for its practice of giving gift bags full of McCormick staples, including its well-known ground black pepper, to the crowds who attend its annual meetings. The company’s identification with the Baltimore area began with its founding in the city in 1889 by Willoughby M. McCormick, along with three workers, in a local cellar. He later opened a spice shop downtown.

By the 1940s, the company was a major player in spice production and was selling its herbs, spices, seasonings, flavorings, sauces, and extracts nationally and internationally. In addition to McCormick, the firm’s brands include Lawry’s and Old Bay as well as Thai Kitchen, Simply Asia, and Zatarain’s.

For over 70 years, the giant spice maker operated a factory—with the smell of cinnamon and other pungent spices wafting through the air—and headquarters in a 12.5-acre building on Light Street by Baltimore’s Inner Harbor. The multi-billion- dollar company moved its corporate offices from downtown Baltimore in the 1960s, to nearby Sparks, north of the city.

Two years ago, the firm renewed its presence downtown by opening the McCormick World of Flavors, where cooks and tasters can watch cooking demonstrations, test their flavor preferences, and add to their spice racks. The store is located in the Inner Harbor, across from McCormick’s original location, an area that is experiencing a lively economic recovery, with surging construction in apartment buildings as well as office and retail space, after struggles stemming from the 2008 recession.

The possibility that McCormick may move away has left city and county authorities searching for ways to keep the company in the state. But there is a tension. Baltimore City officials, of course, would like to see the company return to the Inner Harbor area to function as a jewel in the waterfront downtown revitalization effort, which now includes the Baltimore aquarium, the Maryland Science Center, and nearby Oriole Park at Camden Yards.

But Baltimore officials are treading lightly so they don’t usurp the county’s economic interests.

“McCormick is one of the top places to work, and it makes tremendous contributions to the county,” says Tom Sadowski, president and chief executive of the Economic Alliance of Greater Baltimore, a non-profit economic development partnership.

“We are trying to organize a collective outreach to the company,” he says. “It’s beyond brand recognition. It makes good business sense for them to consolidate, but we are going to move heaven and earth to make sure they stay in the area.”

In announcing its plans in March, McCormick said it wanted to combine its offices to make a more effective workplace, but it also said it wanted to minimize disruption to its 700 workers, many who live in northern Baltimore County and southern Pennsylvania.

McCormick President Alan D. Wilson has indicated, in published interviews, that he is open to moving across the border to Pennsylvania as well returning to downtown Baltimore. The company offered no additional comment on the move.

Economic leaders demur when asked what incentives the city or county may offer, but, with everything on the table, McCormick is in the position of driving a hard bargain for tax breaks and other perks. In the 1990s, McCormick won $20 million in incentives from Maryland (which out-negotiated rival Pennsylvania) when the company was searching for a new distribution center.

McCormick’s headquarters consolidation is likely part of a larger to effort position itself for overseas sales expansion. Indeed, in recent years, the spice maker’s growth has come from abroad, especially emerging markets, while its sales in the United States last year fell below expectations.

“McCormick evokes a positive association with Baltimore and the region,” says Fowler. “It’s part of our economic well being. We have to do whatever it takes to keep it here.”