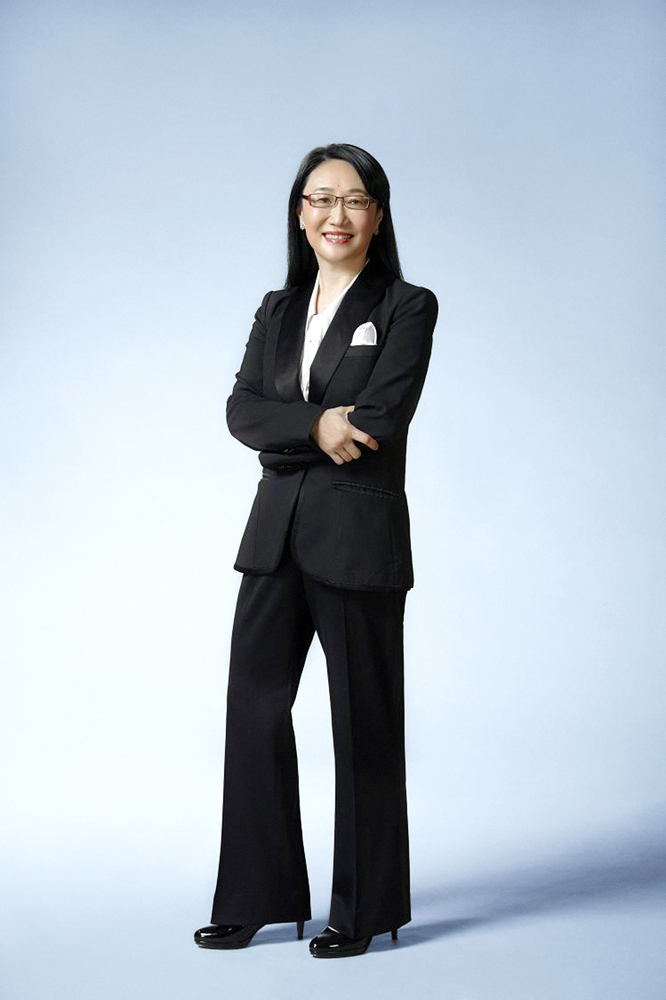 Founders who go back to save their company from the brink of extinction have a mixed record. The second coming of Apple’s Steve Jobs was an unequivocal success, while Jerry Yang’s return to Yahoo was an unequivocal failure. And the jury is still out on Michael Dell’s efforts to revive his namesake computer maker.

Now HTC, a struggling Taiwan-based smartphone maker, is pinning its hopes of redemption on co-founder and chairwoman Cher Wang. Last year under pressure from agitated investors, Wang, 55, resumed day-to-day involvement. She hasn’t officially assumed a new title—she insists she’s merely there to support current CEO Peter Chou—but she’s actively working on marketing, building relationships with telephone companies that carry HTC devices, and, crucially, helping lift morale among employees, who have been battered by the handset maker’s loss of  business and an exodus of senior executives.

It is no surprise that Wang (rhymes with “gong”) prefers a more behind-the-scenes role at HTC, which she co-founded in 1997. Despite her wealth (estimated net worth: $1.6 billion) and the fact that she’s the daughter of Taiwanese tycoon Wang Yung-Ching, founder of petrochemicals conglomerate Formosa Plastics Group, Wang maintains a low profile and eschews many of the trappings of wealth. She’s been known to fly on discount carrier Southwest Airlines and favors a uniform of simple black suits. But she has serious technology chops: She founded chipset maker Via Technologies before HTC. “I started HTC because of the vision I had a long time ago,” Wang tells Fortune. “I really wanted to do handheld computers.” Indeed, HTC stands for “high-tech computer.”

Wang’s combination of humility and tech prowess may be exactly what HTC needs to rebound from its ignominious fall. After bursting on to the scene as a wholesale phone maker for Global 500 companies such as Hewlett-Packard (No. 50 on the Global 500), HTC shifted to marketing phones under its own name. The company scored a big win in 2008 when Google (No. 162) selected HTC to partner with it on the first phone to run on its Android operating system.

For a time HTC was on a roll. Emboldened by its success, management began to focus on high-end devices that would compete with Apple’s (AAPL) iPhone and Samsung’s Galaxy line. Revenue in 2010 climbed to $9.6 billion. But by Christmas 2011 the company had started to make execution errors. Management missed sales projections, and a critically admired new smartphone, the HTC One X, failed to reverse the decline. Supply issues plagued the company, as did a lack of marketing focus. Even a phone launched with Facebook (FB) in 2013, which featured the social networking giant’s “Facebook Home” interface, flopped and was quickly discounted by its exclusive carrier, AT&T (T). As HTC fumbled, Apple and Samsung solidified their positions at the top of the mobile food chain. HTC, once the top seller of Android-powered phones, eventually slipped from the list of the world’s top 10 smartphone makers. “In the beginning, the competition was not as severe,” says Wang. “We didn’t think marketing was as important—we thought the product was more important than marketing. And we didn’t know how to communicate with the customer.”

Wang’s return has yet to improve HTC’s financial performance. Revenue in 2013 fell 30% to $6.85 billion, and the company lost $44.6 million. Revenue for the recent quarter slipped 23% from the year before. And competing with Apple, Samsung, and a growing number of cheaper Chinese manufacturers, isn’t likely to get any easier.

Employees say Wang’s presence has already started to make a difference. She’s traversed the globe, meeting with employees and key suppliers and customers—including the chairman of China Mobile, the largest cellphone operator in the world by customers. “It’s been inspiring for the organization because you have somebody who’s really kind of an understated icon in the smartphone world,” says Jason Mackenzie, president of HTC’s North America operations.

Wang comes from a family of accomplished business executives. In addition to her highly successful father, who ran his plastics empire until his death at age 92, her sister Charlene co-founded motherboard maker First International Computer in 1980. Another sibling, Winston, started a China-based semiconductor company. “They are a fascinating family,” says Steve Zelencik, the former chief marketing officer of Advanced Micro Devices. Back when Wang started her career, working for her sister’s company in the 1980s, she was in charge of buying components from AMD (AMD). “She showed up as just a kid out of college, but she adapted quickly,” says Zelencik, now retired from the tech industry.

In fact, Wang spent much of her teen years learning how to adapt. At 15, she was sent from Taipei, Taiwan, to Berkeley to attend high school and eventually the University of California at Berkeley. A devout Christian, Wang lived with a Jewish host family, where she was exposed to new foods, customs, and responsibilities. “Wednesdays were my day to cook,” Wang recalls. “I didn’t know how to, so they soon became Chinese restaurant night.”

Wang’s mother, Wang Yung-Ching’s second of three partners, eventually also left Taiwan and settled in the Bay Area. “She didn’t take any money with her,” says Wang. “She learned English and got her driver’s license when she was 60.”

Wang tears up when she talks about her parents. Her father, clearly a prominent figure in her life, wrote her 10-page letters describing his business experiences. “I had to write back or he would be upset,” says Wang during an interview at the Rosewood Hotel in Menlo Park, Calif. (She splits her time between the Bay Area and Taipei, close to where HTC is based.)

After spending her formative years with her sister’s company, Wang helped build Via Technologies in the late 1980s. Later, through acquisition and investment, Wang and a small team of executives drifted into the phone business. “At that time I interviewed everyone,” Wang says of HTC’s early days. “I would tell them the vision. Peter [Chou] was the first one to believe.”

Wang continues to place faith in Chou’s ability to turn around the company they built together. “ Now I can focus on building new products and new product categories,” says Chou, who has reportedly said he would step down if the company’s current family of smartphones didn’t succeed. “She is my biggest supporter.” She’s also HTC’s largest shareholder, and she’s seen the value of her holdings plunge 90% since 2011. Wang may be modest, but if HTC’s slide continues, few would be surprised if she pulls a Steve Jobs-like return.