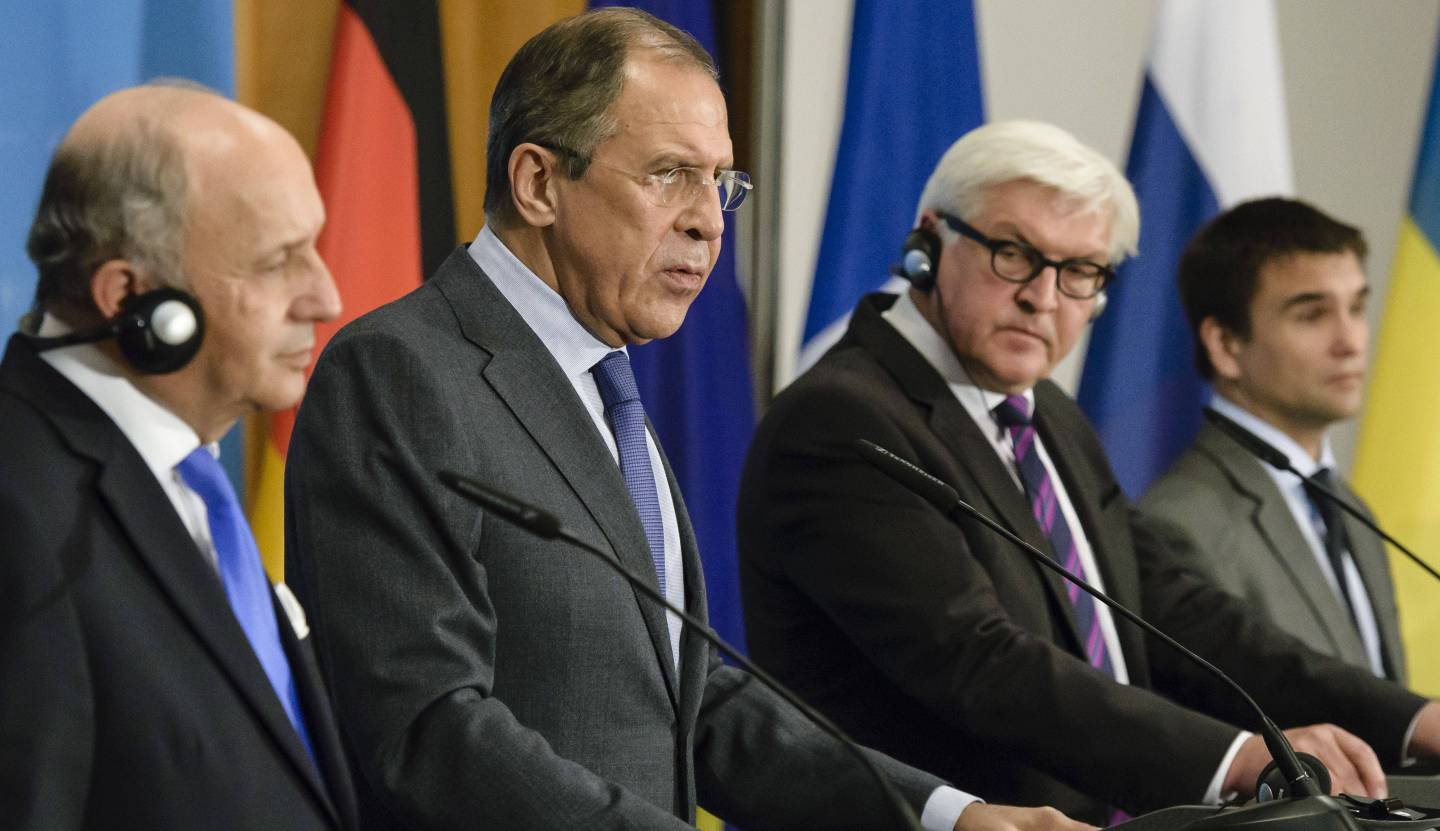 Russia and Ukraine made progress towards ending the armed conflict in two breakaway regions in eastern Ukraine after a marathon session of talks in Berlin.

In a modest concession after a four-way meeting which also included the foreign ministers of France and Germany, Russia agreed to allow Ukrainian border guards access to two checkpoints on the Russian side of their border.

The deal should help to stop Russian volunteers and military equipment flowing into Ukraine, the biggest concern of the Ukrainian government. The parties also invited the Organisation for Cooperation and Security in Europe to monitor the ceasefire at those crossings.

That’s a partial implementation of the conditions that the E.U. set out last week for it holding off further sanctions. Another condition, the freeing of OSCE observers detained by pro-Russian separatists, has already been met.

The E.U. chose not to follow through with its threat of fresh sanctions earlier this week in order to give the Franco-German initiative more time to get “substantive” peace talks started.  In a joint statement, the ministers said high-level talks “should resume no later than July 5th with the goal of reaching an unconditional and mutually agreed cease-fire.”

The situation on the ground remains fraught as ever, however. Two other key checkpoints named in the E.U.’s statement last week remain in the hand of pro-Russian separatists, and the Ukrainian army and airforce continue to attack rebel strongholds. The UN estimates that over 100,000 refugees have now fled the region, many of them seeking safety over the border in the Russian city of Rostov.

The Russian ruble, a bellwether for regional tensions, strengthened slightly against the dollar and the euro, at the Central Bank’s daily fixing Thursday in response to the news.

However, the conflict has taken a big toll on the Russian economy, one of Europe’s largest and a vital export market for eurozone countries.  The International Monetary Fund warned earlier this week that growth would slow to only 0.2% this year from an already-anemic 1.3% last year, due to a collapse in business confidence caused by the conflict, as well as long-term structural problems.

Inflation also remains a problem, hitting an annual rate of 7.3% in May. Western imports have been made more expensive by the ruble’s earlier devaluation, and measures effectively stopping imports from Ukraine have also driven up prices for some food and drink products.