Note to the class of 2014: Don’t overlook nonprofit employers 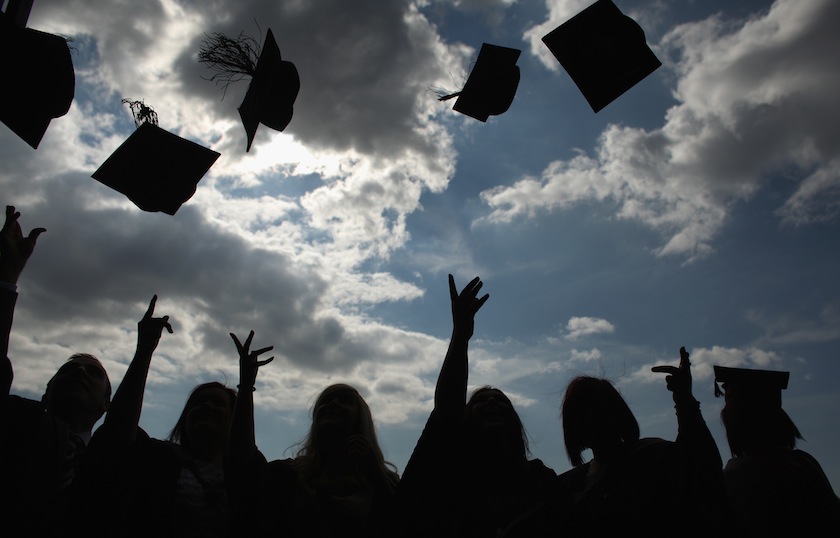 When Dena Goldstein graduated from the University of Wisconsin at Madison in 2012, she had a degree in communications but not much work experience, so her interviews at public relations and marketing firms went nowhere.

Then an acquaintance told her about an opening in communications at A Safe Haven, a Chicago nonprofit that runs 27 homeless shelters and offers drug and alcohol rehab, job training, and other services.

Goldstein applied and, once hired, “I got to use and develop what I’d studied,” she says. “At a nonprofit, you usually wear several hats, and you get a lot of responsibility quickly.”

Millennials generally identify themselves as a socially conscious bunch—a recent PwC study reported, for instance, that 65% would rather “make a difference” than amass wealth—so you might think twenty-somethings like Goldstein would be flocking to organizations designed to serve the greater good.

In reality, though, not so much. “Not-for-profit employers usually have little or no budget for recruiting or marketing, so they get overlooked,” says Lisa Brown Morton, CEO of Washington, D.C.-based Nonprofit HR. “New grads often just aren’t aware of them.”

Yet nonprofits employ more people in the U.S. than any sector except retailing and manufacturing, and they can be a good way to find a foothold in the workforce. For one thing, they come in all sizes, from huge national and international organizations like AARP and the Red Cross all the way down to local soup kitchens, so “they offer a wide range of different opportunities,” Morton notes. “They also tend to involve employees in decision-making at a much lower level than for-profit companies do, so people just starting a career can roll up their sleeves and get something done.”

For anyone embarking on a nonprofit job search, Morton has three tips. First, check out websites that not only list job openings, including temp positions, but also give detailed descriptions of organizations. She recommends Glassdoor.com, Indeed.com, Idealist.org, and CommonGoodCareers.com as “a way to get your feet wet in exploring the nonprofit world.”

Then, with each prospective employer, “you need to understand the mission of the organization,” Morton says. “What are they trying to do? What effect have they had on the community, and do their views and values line up with yours?”

At the same time, she adds, take a look at a nonprofit’s finances—“the same way you’d read a for-profit company’s annual report before a job interview”—by checking out its tax return, called a 990, which is publicly available online at Guidestar.org. Knowing something about where a nonprofit’s revenues come from, and whether or how quickly the organization is growing, “will give you an idea of what to expect,” Morton says.

For some new grads, a couple of years of nonprofit experience is a stepping stone to a business career. After a year at A Safe Haven, for instance, Dena Goldstein’s resume was strong enough to get her hired at a for-profit public relations firm. From there, she moved on to a marketing company. Now, Goldstein is starting a new job as a grant proposal writer for Chicago nonprofit Jewish Child & Family Services.

“I discovered I’d rather work for a nonprofit,” Goldstein says. “The culture is more collaborative than in the businesses I worked for, and you’re really having a positive effect on people’s lives. So, even at the end of a long day when you’re exhausted, you feel better about it.”