4 signs the U.S. economy is about to take off 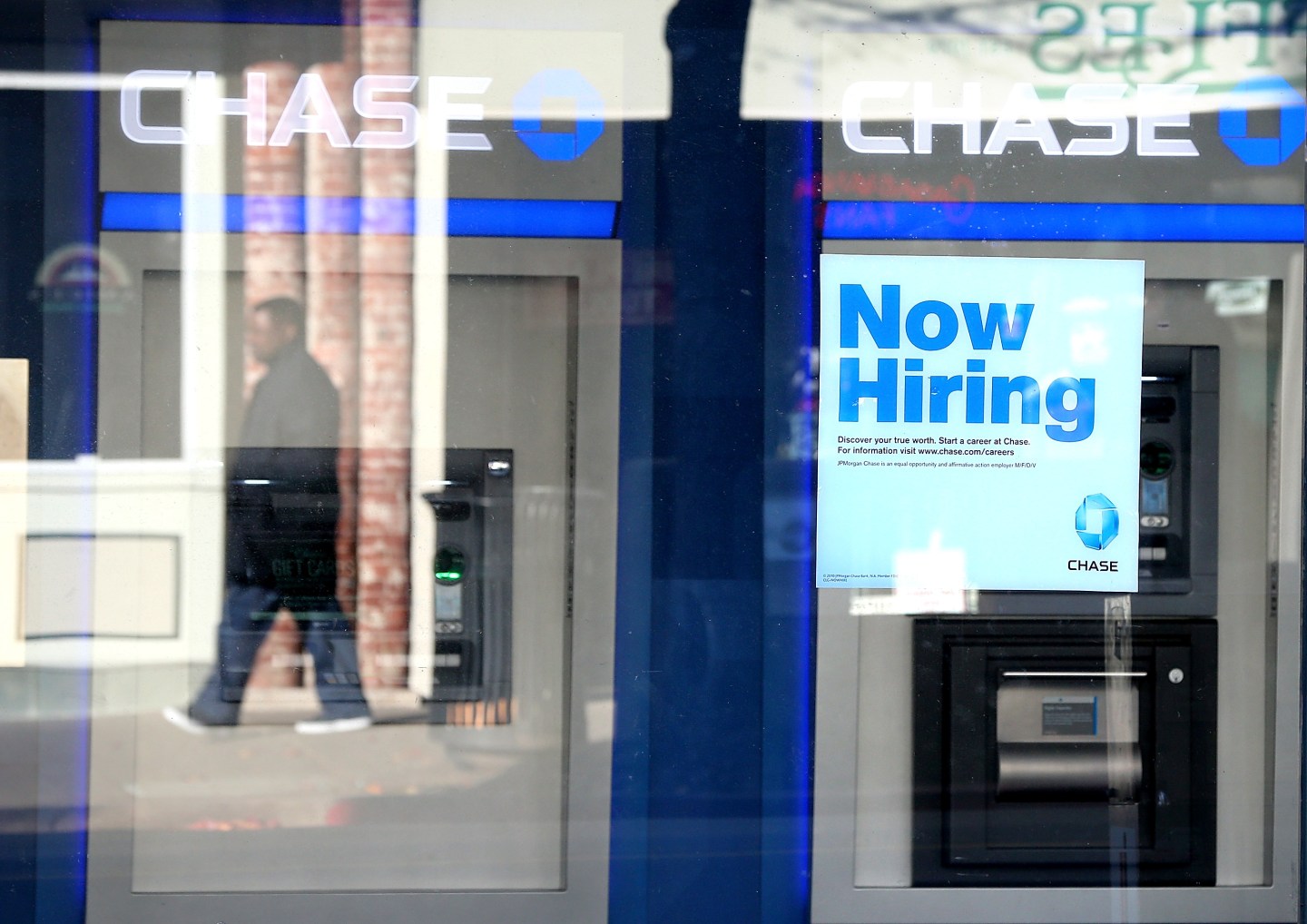 SAN RAFAEL, CA - JANUARY 04: A pedestrian walks by a "now hiring" sign that is posted in the window of a Chase bank branch on January 4, 2013 in San Rafael, California. According to a Labor Department December jobs report, the U.S. unemployment remained the same from November at 7.8% as employers added 155,000 jobs in December. (Photo by Justin Sullivan—Getty Images)

Every period in economic history has its bulls and bears.

Whatever your opinion on the financial health of the country, you can find data or evidence to support it. This fact has seemed particularly salient in recent weeks as investors and economy-watchers have been hit with data that makes it look like we’re on the verge of another recession (like the news that the economy shrank at a 2.9% annualized rate in the first quarter) and other information that suggests that the recovery is actually gaining steam.

But while it would be rare for the economy to shrink at such a magnitude while in the middle of a broad and stable expansion, the long-term trends in the economy actually suggest that we’ll see more good news in the coming years. Here are four reasons to expect the economy to take off:

1. Demographics: Did you know that the most common age in America is 23? We hear a lot about the baby boom generation and the effects their retirement will have on the economy. But while baby boomers didn’t have nearly as many children per couple as their parents did, the children of baby boomers are still the largest demographic in America:

So, while the retirement of the baby boom generation will cost us in terms of bigger bills for government programs like Social Security and Medicaid, not to mention the lost productivity of those retired workers, there are reinforcements on the way. These so-called “echo-boomers” are just now entering their prime working ages and, in the next couple decades, the modal population in America will be the most economically productive.

2. Businesses still haven’t started investing—yet: Much of the weakness in the economy since the recession can be blamed on the fact that businesses haven’t been investing their money back into their firms. Instead, they’ve been hoarding cash or spending it on stock buybacks or dividends. While these moves may be good for the stock market, they don’t tend to create jobs or increase wages.

But it’s unlikely that corporate America can continue to get away with not investing in their businesses for much longer. In a recent note to clients, Ethan Harris, co-head of global economics research for Bank of America writes:

After a solid initial recovery, capital spending took a breather over the last two years. We believe this weakness reflected a loss of confidence in both the economy (after repeated soft patches) and in Washington (with repeated brinkmanship moments). Looking forward we expect those headwinds to abate. Recent budget agreements take brinkmanship off the table for at least a years, if not all the way through the presidential election. Companies also seem a bit more confident about growth so a good couple quarters should spur some animal spirits.

3. The government’s getting out of the way: In the years following the recession, the debate in Washington centered around how to shrink the large budget deficit caused by the financial crisis and subsequent stimulus efforts. But most of the heavy lifting in that area has been done:

The federal deficit declined to 4% of GDP last year, and it is projected to fall below 3% this year. Generally, a budget deficit that hovers around the level of economic growth is considered sustainable, so there will be less pressure for Congress to cut spending at least over the next decade. Absent the aggressive budget cutting we’ve seen from Washington in recent years, the economy should grow that much more.

4. Anyway you look at it, the jobs picture is improving: Evaluating the state of the labor market in America isn’t for the faint of heart. No longer can we just look at the unemployment rate (which is falling fast), as the aging of the country’s population and the recession have caused so many workers to drop out of the labor force altogether. At the same time, Americans have been dealing with stagnant wages for so long that we must also consider the quality along with the quantity of new jobs. Is the American economy generating the kind of jobs that will increase average wages?

Even when looking at alternative gauges of job market strength, things are getting better. The employment-population ratio is ticking upwards after staying flat for years:

On top of that, we’re seeing the first signs that wages might finally start to creep upwards. This chart from Doug Short shows the inflation adjusted average annual salary of a worker who toils 50 weeks per year:

Though we’re still not near the high we saw in 2010, wages are finally starting to pick up. And corporate America looks like it’s starting to expect to have to raise wages faster than the rate of inflation to compete for talent. A recent survey by Duke University and CFO magazine says that corporate financial officers expect to give workers a 3% increase in pay over the next, faster than expected inflation.