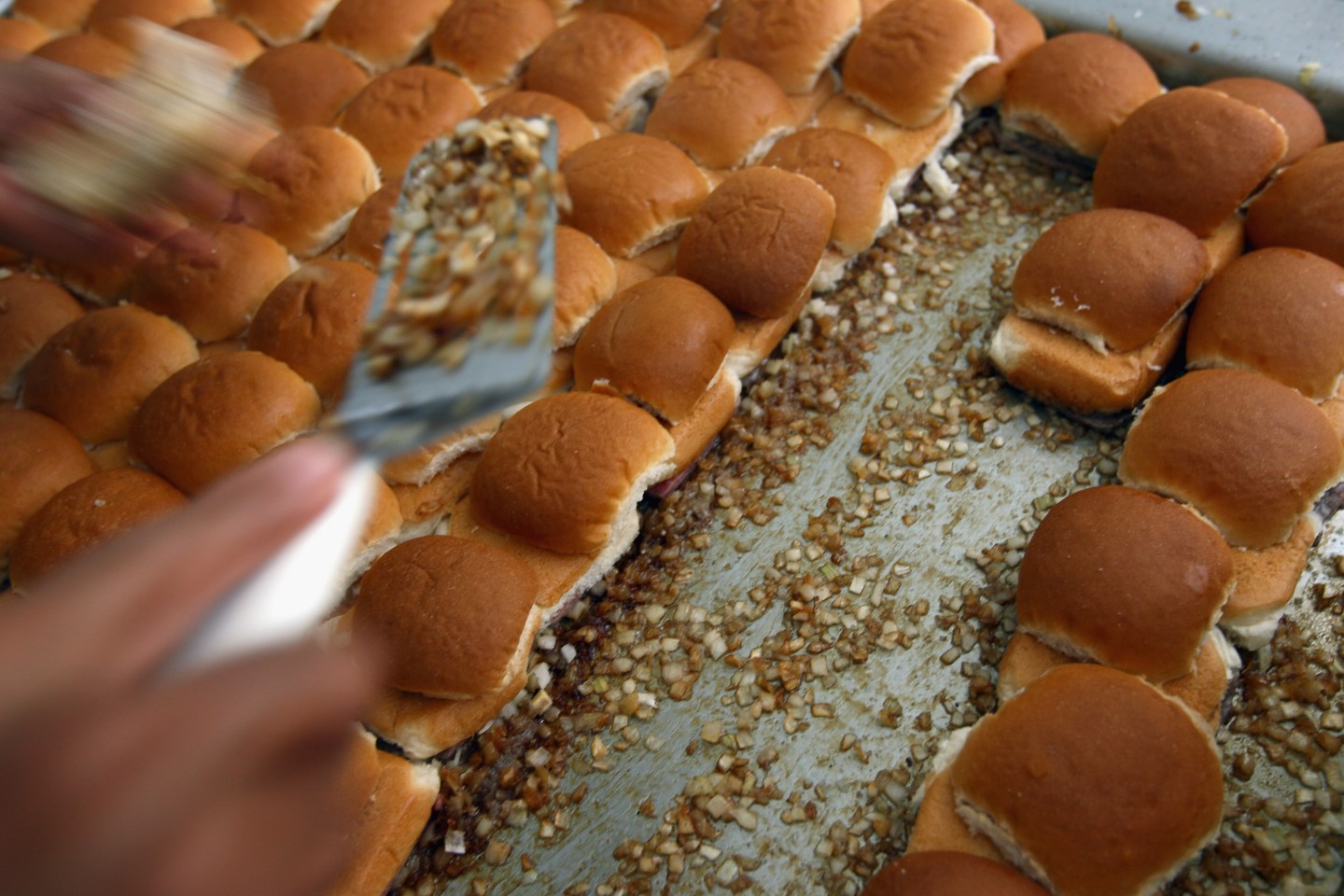 When White Castle started updating digital menu boards at its restaurants remotely last year by sending a signal from a computer at headquarters rather than in person at each location, it was thrilled to find a more efficient way of doing things.

But soon enough, it received a letter from a company holding a patent it claimed covered the act of sending such a computer signal and demanded compensation from the hamburger chain. The case is in litigation. If White Castle loses, it will have to go back to delivering a thumb drive with the programming information to each restaurant.

The 400-store chain also heard from a company saying its inclusion of a hyperlink to White Castle’s website in its customer emails and tweets was a business method that infringed on its intellectual property. All told, White Castle has heard from patent holders four times in the last 15 months, before which it had never faced any patent claims.

“For us, it’s really been disruptive,” said Jamie Richardson, a White Castle vice president. “It really does feel like a form of extortion.”

The number of new patent cases in U.S. District Courts rose 12.4% to 6,092 last year, according to data compiled by Lex Machina, a collaboration between Stanford University’s law school and its computer sciences department.

Many cases are brought by so-called “patent trolls,” a relatively small set of companies that don’t sell or own products or services but make most of their money from the enforcement or licensing of often old patents they buy on the open markets just as they are set to expire. They  then assert them, even though many times the uses of the patent are so basic. The trolls are also known, less pejoratively, as non-practicing entities, or NPE’s. And according to the National Retail Federation, an industry lobby group, they lose 90% of the time.

Patent litigation has long been an occupational hazard for tech giants like Apple (AAPL) and HP (HPQ), and NPE’s defenders say the spike in litigation is merely the result of more blatant infringement on intellectual property.  Still, IP lawyers say there is no doubt that the number of frivolous claims is on the rise, and in the last two years, a new industry has become the favorite target: retailers and restaurants.

According to Patent Freedom, as of February, 3,775 patent complaints had been filed against retailers, compared to 3,681 against electronics companies. It found that the most commonly targeted companies include Amazon (AMZN), Best Buy (BBY) and Wal-Mart Stores (WMT).

The timing couldn’t be worse for retailers and restaurants, which are scrambling to beef up their e-commerce capabilities. Common areas for patent-holders to assert their intellectual property are features like shopping carts, the tech that lets debit cards and gift cards process information from the cards’ magnetic stripes, and smartphone apps.

One major big-box retailer that spoke on condition of anonymity so as not to antagonize trolls told Fortune it has been targeted some 25 times in the last five years, in some cases by entities holding patents 20 years old that had nothing to do with information technology. It has paid on average $500,000 per case and often preferred to settle rather than get tied up in courts.

But legal costs aside, that retailer is paying a heavy price in another way: it is now less inclined to use innovative e-commerce technology developed by startups, opting instead for off-the-shelf solutions developed by larger companies that would bear the burden of any litigation or which have already defended their patent in court. The result, this store chain acknowledged, was a sub-optimal e-commerce site.

U.S. companies are unlikely to find relief soon from lawmakers. Last month, the U.S. Senate’s Judiciary Committee shelved indefinitely a measure to curb patent trolls after six failed attempts to bring it to a vote. Still, there was a sign of hope last month, courtesy of the courts. A U.S. Supreme Court ruling in Alice Corp. v. CLS Bank International potentially gave retailers a new tool for battling IT-based patent litigation by finding that abstract ideas implemented with a computer are not eligible patents. Macy’s (M) was one of the companies that filed a friend-of-the-court brief in that case.

But retailers are up against often unrelenting patent claimants. Online computer store Newegg was sued a few years ago by a company for alleged infringement of patents relating to online shopping carts. It ultimately won the case after the Supreme Court let an appeals court decision stand. But more recently, Tiffany & Co (TIF) and Zales, a unit of Signet Jewelers (SIG), were among the dozens of retailers sued in May over their shopping cart functions by a company holding a patent originally filed in March 1992 and reissued on July 24, 2001. The patent deals with how information is stored but doesn’t specify an e-commerce function.

The NRF has been frustrated by lawmakers’ failed efforts to contain what it sees as a growing, and costly problem.

“This is a problem that’s diverting resources toward the problem of frivolous lawsuits,” said Beth Provenzano, a vice president at the National Retail Federation.