Stocks make strong showing in first half of the year 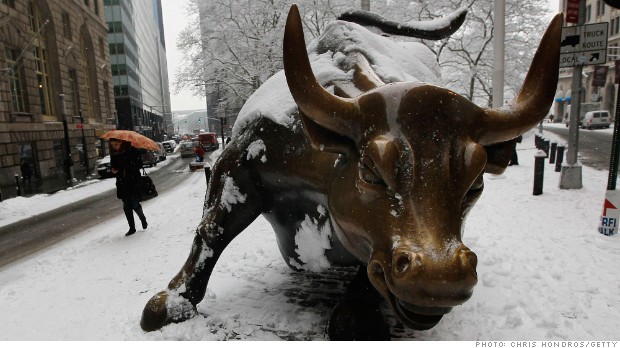 U.S. stock markets continued their steady rise during the first half of 2014 with all major indexes showing gains.

The S&P 500 was up 6%, while the Dow Jones Industrial Average advanced by 1.5% and Nasdaq climbed 5.5%, respectively. All three indexes also showed gains in the second quarter, marking the sixth-straight quarterly gain for both the S&P 500 and the Nasdaq.

The markets weathered a tumultuous start to 2014 from a sharp drop in U.S. gross domestic product in the first quarter, political turmoil in Ukraine and a harsh winter that siphoned retailers’ profits. Low interest rates in the U.S., Japan and Europe helped to offset much of the uncertainty and kept the economic recovery going, both domestic and abroad.

The indices have risen steadily, posting several record highs, with the Dow Jones experiencing 11 record closes so far in 2014 and the S&P 500 notching 22 record closes already this year. What’s more, the S&P 500 has been riding a relatively stable upward trajectory, having gone 51-straight days without closing up or down by more than 1% – a streak of consistency the index hasn’t seen in nearly two decades. The index is currently up by 0.13% Monday afternoon.

The markets could also see a boost from positive numbers released Monday from the housing sector. The National Association of Realtors said Monday that the pending home sales index jumped by 6.1% in May, indicating improved momentum in the housing market and increased consumer confidence.

Airlines are one industry that soared in the first half of the year, with gains of more than 40% on the S&P 500 resulting from efforts to cut costs as well as increased revenues from non-ticket items like baggage fees, according to MarketWatch.

The relative steadiness of the markets has been reflected by the CBOE Volatility Index (VIX), which predicts stock movement. It is set to end the first half of the year at just under 11.5, falling far short of its long-term average of about 20. Federal Reserve Chair Janet Yellen and others have expressed public concern over the effect of decreased volatility in the markets, a condition they worry could result in investors taking on too many risks. However, Fortune’s Stephen Gandel noted Monday that the VIX may not be picking up on what could be perceived as nervousness on Wall Street, as many of the other sectors that performed well in early 2014 – like utilities, energy, and real estate – are stocks investors tend to but when they are looking for safe bets.

Fortune also reported earlier this month that Yellen dampened expectations for the economy when the Fed recently reduced its GDP growth estimates for 2014 by more than half of a percentage point. Meanwhile, new economic data for June is scheduled to be released Thursday, ahead of the holiday weekend, which could affect the markets.

Other upcoming market catalysts include Chinese tech giant Alibaba’s expected IPO, which will likely be one of the largest tech debuts ever. The legal troubles of European banks Barclays and BNP Paribas could also have an impact on the markets, while ongoing strife resulting from the Iraqi insurgence has increased the volatility of oil prices worldwide. (Crude prices have actually begun to recede this week after soaring when violence exploded in Iraq earlier this month.)