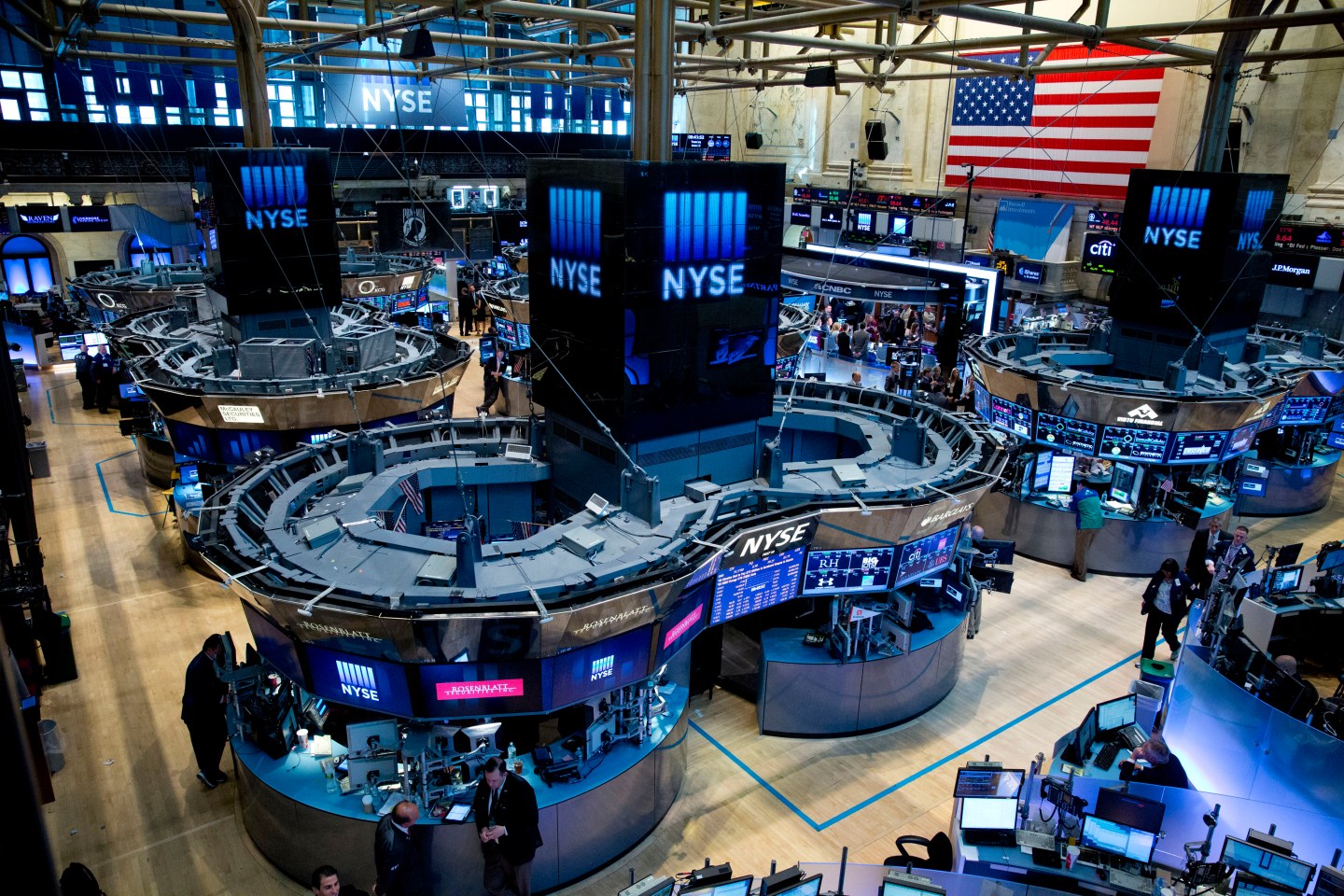 Wall Streeters are acting like a bunch of wimps.

The market is the calmest it has been in years, and it’s generally headed upward. Most forecasters believe the economy improved in the second quarter of 2014. Yet, the hottest stocks these days are the ones investors typically reach for when they are looking to play defensive.

The best performing stock of the past four months is Newfield Exploration (NFX), an energy company. Shares of Pepco (POM), a utility on the East Coast, have risen 34% in the past three months. And beer-company stock Molson Coors (TAP) is up 27%. Even household goods company Clorox (CL) is beating the market, up 10% since the end of March.

The best performing sectors of the stock market are utilities, energy, and real estate, with stocks up an average of nearly 15%. Healthcare shares are up nearly 10%.

Technology stocks, on the other hand, took a big beating in March and April, and they are only up 7% this year. Banks, too, are up just over 4%.

The strong demand for defensive stocks is at odds with Wall Street’s favorite measure of market jitters. The VIX (VIX) which tracks volatility and is often called the fear index, recently dropped below 11. That’s lowest it has been in over five years. The reach for defensive stocks suggests that the VIX is not picking up the true level of nervousness on Wall Street.

There has also been a lot of talk about the so-called Shiller P/E, which matches stock prices to 10 years of earnings, rather than just the typical single-year calculation. That measure is much higher than average, implying that stocks have risen faster than they deserve.

But so far, the market worry worts have been horribly, horribly wrong. The current market rally is one of the broadest in terms of the number of stocks that are rising. And it’s not just stocks. Pretty much every asset class, from bonds to commodities to world markets, have gone up this year. It’s been the broadest rally of investible assets in 20 years.

And yet, just a few months ago, David Tepper, who was ranked as the highest paid hedge fund manager in the world last year, said he was nervous about the market.

Perhaps he should be, but not because it is bound to drop. But because Mr. Market is making the smart money look stupid once again. Hedge funds are up just 1% this year, versus 6% for stocks in general. For mutual funds, 74% of those that pick large company stocks have trailed the S&P 500.

The market could end up proving the naysayers correct, but for now, 2014 is turning into a great example for why you should just put your money, regularly, into an index fund and look away.