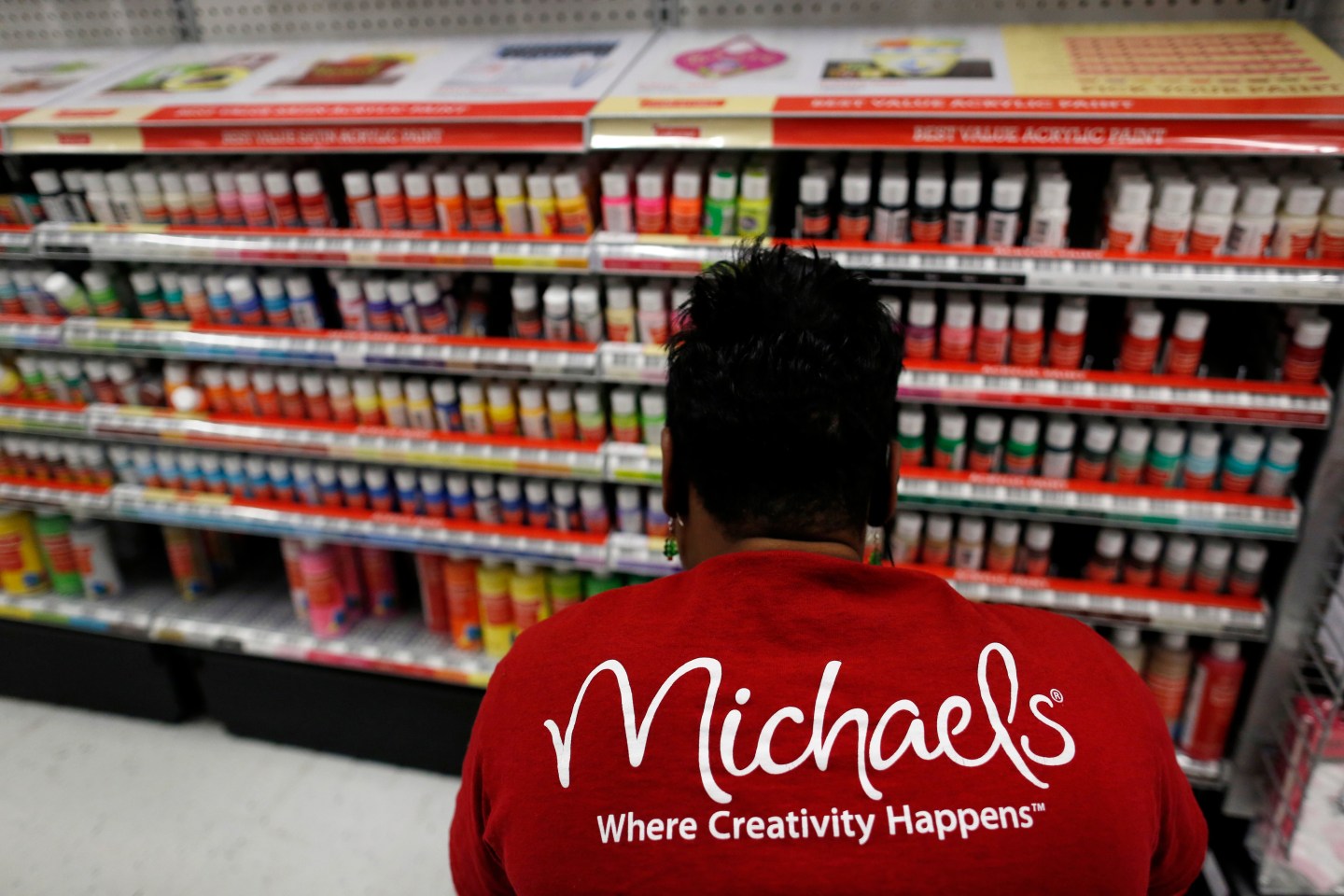 Arts and craft retailer Michaels (MIK) finally returned to the stock market on Friday after eight years, but Wall Street’s welcome was muted.

After shares priced at $17, the low end of the estimate range for its public offering, shares were flat in their debut, a disappointing showing for an IPO. (Shares typically rise 10% in their debut—enough to give investors a nice first day return, but not so much that the company feels it left too much money on the table.)

Michaels had $3.7 billion in debt on its books as of May 3. Such a high debt load exposes the firm—a growing, well-regarded retailer—even more to soft consumer confidence, making investment in the company a risky proposition.

Private equity firms Bain Capital and The Blackstone Group bought Michaels in a $6 billion leveraged buyout in 2006. The company had been publicly traded since 2001. The $473 million in proceeds from the IPO will go to pay down notes, which Michaels issued last year to pay its owners a dividend.

None of the proceeds will go toward helping Michaels build its business. But CEO Chuck Rubin said the company has what it needs to renovate stores, build new ones, and support its e-commerce operations, which it just launched two months ago.

“We have plenty of cash to service the debt as to invest—we’re even increasing our capital expenditures,” Rubin told Fortune.

Michaels, founded in 1973 in Dallas, said in its IPO prospectus that it saw the potential to operate 1,500 Michaels stores in North America, up from about 1,250 now. It expects to open 30 stores per year. It also wants to offer a large variety of private brands. Sales at Michaels rose 4% to $4.6 billion in the 12 months ended February 1.