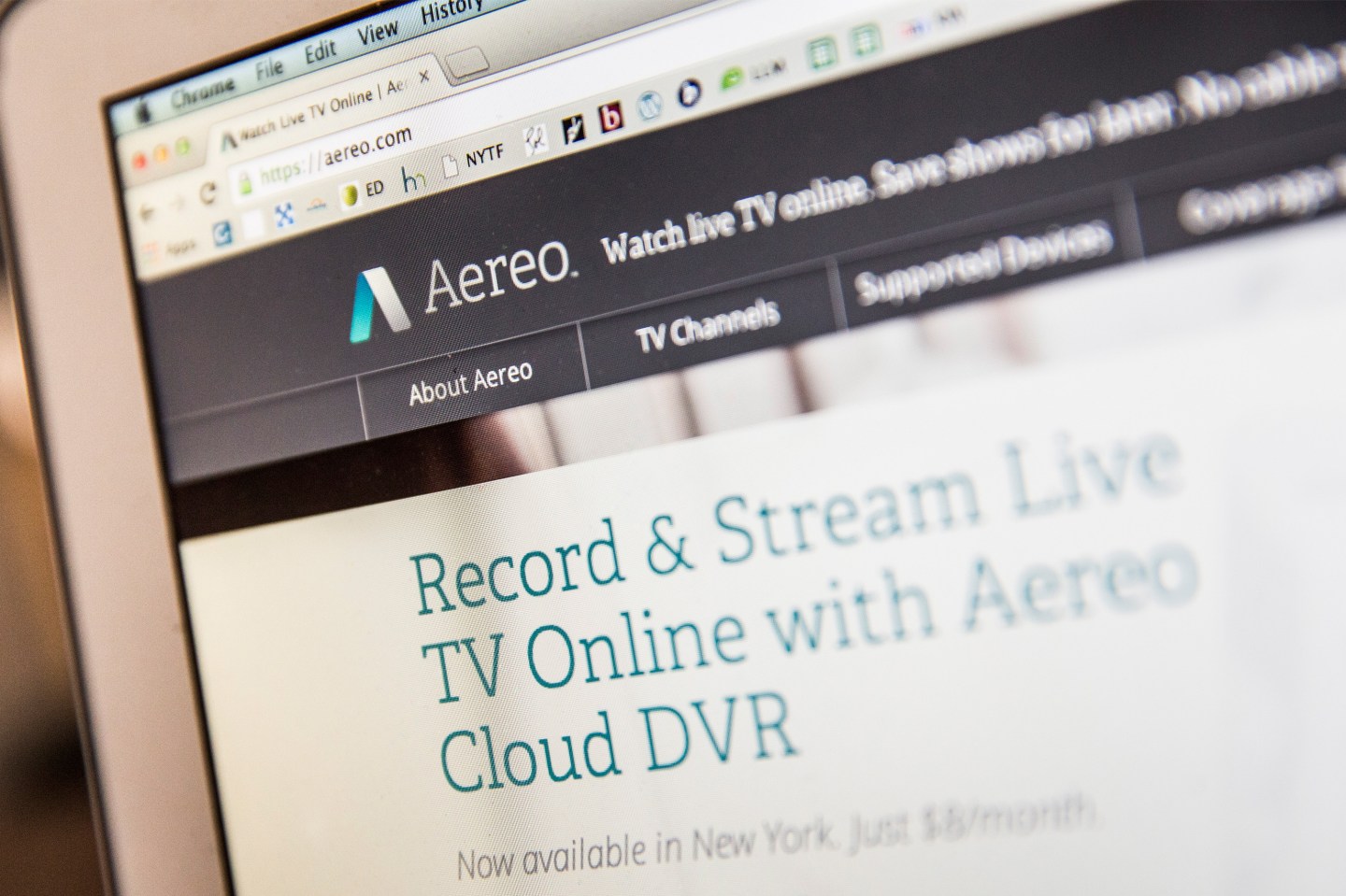 The nation’s highest court is siding with several major broadcast networks in their fight with Aereo, a startup that charges members to live-stream television shows.

The Supreme Court ruled Wednesday morning that Aereo’s retransmission of network programming amounts to a “public performance” and therefore must include payments to the broadcast networks lest Aereo run afoul of copyright laws. Justices Stephen Breyer wrote the opinion for the majority in a 6-3 ruling.

Formed in 2012 and backed by media investors Barry Diller and Gordon Crawford, Aereo is a video streaming service that allows members to view live broadcast television provided they pay the service between $8 ad $12 a month, depending on their plan. For that rate, users not only get live television streaming to a variety of devices, but they also get access to cloud-based storage that records up to 60 hours of digital video.

The problem, at least according to the big broadcast networks, is that Aereo does not pay retransmission fees to distribute the networks’ programs, which cable companies are required to pay and which generate billions of dollars in annual revenue for the networks. This, the broadcasters argued, amounted to theft on the part of Aereo.

Breyer wrote in his opinion that, despite technological differences, Aereo provides a service similar enough to that of cable companies. The court rejected the argument that Aereo simply provides technology and that it is the company’s customers who set into motion the performance. “Aereo ‘perform[s].’ It does not merely supply equipment that allows others to do so,” Breyer wrote.

Those networks – led by ABC, CBS, NBC and Fox – sued Aereo in federal court in New York two years ago, claiming copyright infringement and asking the court to shut Aereo down. In siding with Aereo, the court cited the 2008 Cablevision case that legitimized cloud-based streaming and DVR services. A federal appeals court upheld the 2012 ruling last year, but the Supreme Court’s Wednesday decision reverses both of the lower courts’ rulings.

Aereo’s is a case that has been closely monitored throughout the U.S. as it had the potential to alter the entire landscape of television programming. (Earlier this month, Fortune‘s Dan Primack spoke to Aereo founder and CEO Chet Kanojia about whether the company had a plan for an unfavorable Supreme Court decision.)

Meanwhile, a win for Aereo could have meant broadcast networks’ advertising revenue taking a nosedive as customers would suddenly be presented with myriad live-streaming options for their programming.

CBS previously said it would think about live-streaming its own content online simply to cut Aereo out of the market, which could have changed the way we watch television altogether while also making the networks more beholden to the cable companies who can deliver the fastest streaming speeds – and who, in the wake of an Aereo win, would also surely be demanding lower retransmission fees for themselves.

With the prospect of Aereo’s defeat, many had been wondering how the Supreme Court’s decision would affect other streaming content services and the cloud-computing industry on the whole. Breyer’s opinion attempted to downplay the effect the court’s decision would have on related technologies. “Given the limited nature of this holding, the Court does not believe its decision will discourage the emergence or use of different kinds of technologies,” Breyer wrote.

In the wake of Wednesday’s ruling, Barry Diller, chairman of IAC and a major Aereo investor, said in a statement that the Supreme Court’s decision is more of a blow to consumers than to his own wallet. “It’s not a big (financial) loss for us, but I do believe blocking this technology is a big loss for consumers, and beyond that I only salute Chet Kanojia and his band of Aereo’lers for fighting the good fight,” Diller said.

National Association of Broadcasters president and CEO Gordon Smith also issued a statement, expressing his pleasure in light of the ruling: “NAB is pleased the Supreme Court has upheld the concept of copyright protection that is enshrined in the Constitution by standing with free and local television. Aereo characterized our lawsuit as an attack on innovation; that claim is demonstrably false. Broadcasters embrace innovation every day, as evidenced by our leadership in HDTV, social media, mobile apps, user-generated content, along with network TV backed ventures like Hulu.

“Television broadcasters will always welcome partnerships with companies who respect copyright law. Today’s decision sends an unmistakable message that businesses built on the theft of copyrighted material will not be tolerated.”