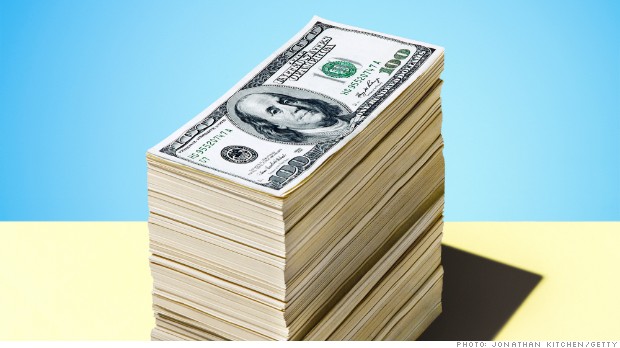 GE Capital Retail Bank, now known as Synchrony Bank, settled an investigation by the U.S. Department of Justice by agreeing to pay $169 million in relief to roughly 108,000 Hispanic borrowers who were excluded from two of the company’s credit card debt-repayment programs. (The DOJ noted the unit has already paid the majority of that part of the settlement.) GE Capital will also pay $56 million to another 636,000 customers to settle Consumer Financial Protection Bureau allegations that the company deceived those consumers into paying for add-on credit card products they had not intended to purchase.

Together, the agreements add up to make this the largest-ever credit card discrimination settlement, according to the DOJ.

“The blatant discrimination that occurred here is unlawful and will not be tolerated,” Jocelyn Samuels, acting Assistant Attorney General for the DOJ’s civil rights division, said in a statement. “Borrowers have the right to credit card terms that do not differ based on their national origin, and the settlement today sends the message that the Justice Department can and will vigorously enforce the law against lenders who violate that right.”

In addition to the settlement with CFPB, GE Capital (GE) will also pay a $3.5 million fine to the bureau’s civil penalty fund for the unit’s deceptive marketing practices. GE Capital would transfer customers who called to inquire about their statement to telemarketers who tried to sell them add-on products, misleading them about those products in the process, CFPB director Richard Cordray said during a press call with reporters on Thursday.

“This kind of conduct has no place in the consumer financial marketplace. People deserve to be given clear information and they deserve to be treated fairly,” Cordray said.

GE Capital confirmed the settlements in a press release, noting that the unit ceased the telemarketing sales in question in 2012 and that it took steps to self-report the issues with Hispanic borrowers to the CFPB. “We have strong compliance systems, so when we discovered the error through our own internal audit, we began remediating customers. The vast majority has already occurred consisting of credits to balances already charged off . . . Treating customers fairly is a priority, so if we make an error, as we regrettably did, we [work] to correct it,” spokeswoman Dori Abel said in a statement.

Update: This article has been updated with a comment from GE Capital Retail Bank.