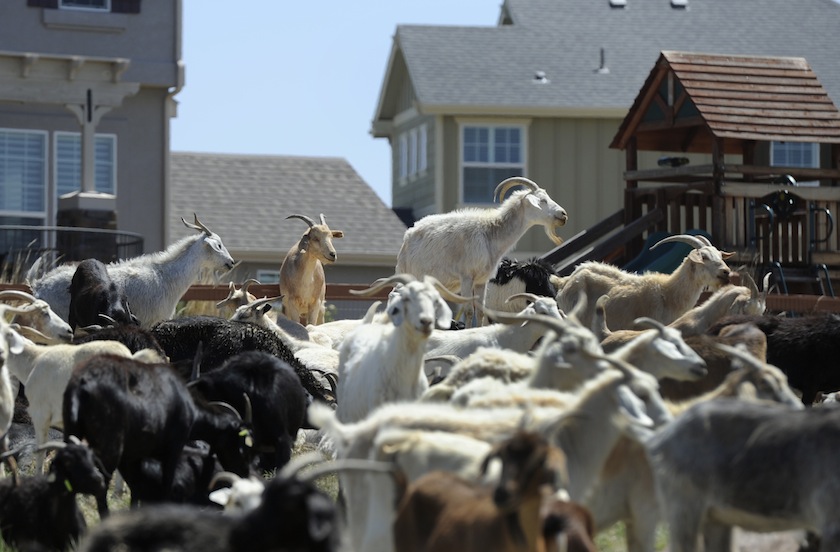 If you are a hedge fund manager and you own goats, moving to Detroit might sound like a pretty good idea. It is not.

Earlier this week, Detroit seized the goat herd of Mark Spitznagel, the founder of the $6 billion hedge fund Universa Investments, best known for having perennial worrywort Nassim Taleb on the payroll. Spitznagel’s 20 kids are headed to a local butcher, though they may still get a pardon.

Spitznagel planned to bring as many as 60 goats to Detroit to help cut down the grass in overgrown and abandoned neighborhoods in the Motor City. After all, goats are nature’s lawn mowers, and these goats would have been job creators. Spitznagel was planning to hire locals to herd the animals.

This turned out to be a bad trade. Detroit officials said it was against the law to raise goats within city limits.

That’s the case in many other large American cities. But there are a surprising number of metros where goat-loving hedge fund managers are welcome, and there has been a movement around the U.S. recently to make more cities goat-friendly. Below is a list of the best cities for money managers who also want to milk at home. As for Spitznagel, he may have lost his goats, but he still has his very own black swan.

New York is off limits. But Chicago is ideal for goat-loving hedge fund managers. Not only is it the home to America’s largest commodities and futures markets, but Chicago has long allowed residents to raise goats within city limits, as long as you don’t slaughter them yourself. And, unlike other cities, there is no restriction on how many goats you can own. And when you want to thin your herd, just walk the extras through downtown to the commodity pits to be sold. (Actually, that’s not allowed anymore.)

Golden Gate city is not the most goat-friendly. But if you want to be near the tech scene and still have your herd, San Fran is a fair choice. It will need to be a small herd, though. San Francisco only allows you to own two goats max, and no males. It’s also against the law to raise goats for the purpose of selling milk, cheese, or meat. And if you get caught letting your goat munch city grass, you’ll get a ticket. But you don’t need a license.

Goat raising became legal in Denver three years ago. There is a $20 licensing fee. Bonus: Breeding is permitted. You can only own two adult goats, but you can have any number of goats under six months.

San Diego allows residents of single-family homes to own two miniature goats. No more, no less. You have to provide at least 400 square feet of grazing space and a shed.

Seattle law limits each household to three small animals, and goats qualify. So you can have up to three, as long as you don’t have a cat or dog, which also count as small animals. But only dehorned, pygmy goats are allowed, and males must be neutered.