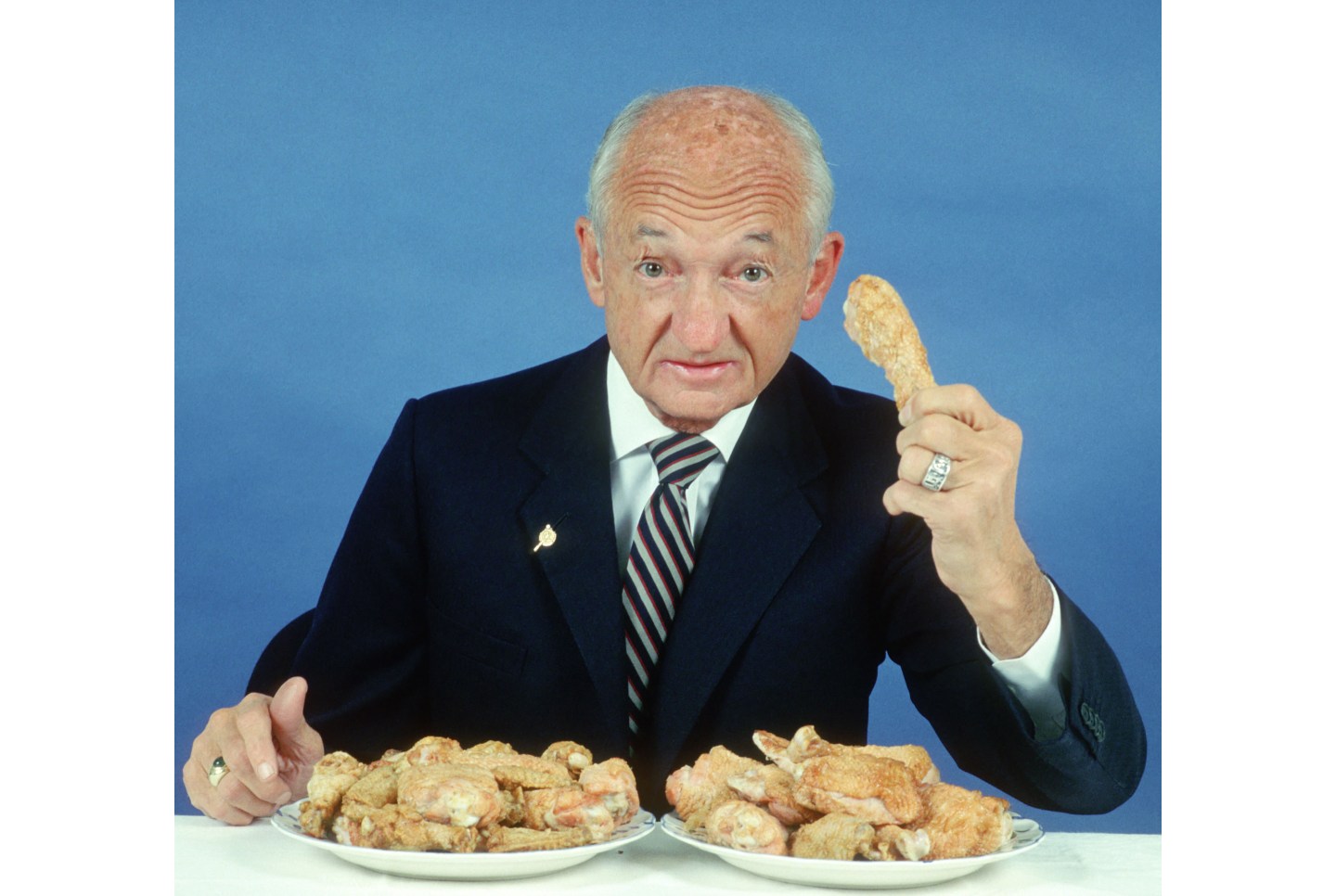 They build temples, trade blankets and make music, sometimes very loud music. One of them even sells chicken. What sets these kinda different companies apart is two simple things: their weirdness and their mega-impact. Sorta, if you know what I mean… Enjoy!

Before there was iTunes, Beats, Pandora, Spotify, Rdio, Piki, Grooveshark, Songza and on and on, there was Napster. Simply put, if Napster hadn’t created the file-sharing online tune scene—even thought it was shut down by lawsuits—we wouldn’t be cranking Kanye right now into our headphones at our desks (while our bosses think we’re actually working.) Founded by the Seans/Shawns (Parker and Fanning)—the two met when they were 15 and 14 respectively—it lasted until it was unplugged by the Man. But fortunately Steve Jobs was watching, right? Three years ago the two Seans/Shawns reunited to form Airtime, a live video communication site. So far, not much buzz/traction there.

February 1946: A fur trapper brings his week's catch to the Hudson's Bay Company to trade for money and supplies. (Photo by Bert Garai/Keystone Features/Getty Images)

You’re thinking trading itchy blankets to Native Americans for seal pelts here, right? That is correct, but did you know this four-century old company was the largest landowner in the world at one point, and basically functioned as the government in huge parts of Canada for many years (before they even invented Mounties!) Today Hudson Bay is the oldest continuously operating company in North America (344 years!) owning stores throughout the U.S. in Canada under several brands including, get this, Saks Fifth Avenue! Seal fur coat anyone? Don’t even think about it.

It takes real nerve/chutzpah/boneheadness to name what you think is a revolutionary new food product after a fictional comestible made from humans in the 1973 scifi flick Soylent Green! (Famous line from the movie: "Soylent Green is people!") Founder Rob Rhinehart has created what he says is a food substitute (tastes like chicken I'm sure), which has become something of a rage in Silicon Valley. I haven’t tried it yet, but I’d like to. Hope I enjoy it as much as the movie, which starred Charlton Heston and Edward G. Robinson in his last role.

Discord's Ian MacKaye performing with his band Fugazi in 2000

Do you like noise? Really LOUD noise? Then without even knowing it you are a Dischord fan. Founded by Ian MacKaye of Fugazi/Minor Threat, it has operated out of a house in Arlington, VA since 1980, and was highly influential as they say in the music biz, i.e. influenced Black Flag and Henry Rollins which influenced metal, grunge, hardcore, post-punk and on and on. So no Dischord, no…Slipknot! Some of my favorite Minor Threat tunes include, “Screaming at a Wall,” “I Don’t Want to Hear it,” and my personal favorite: “Small Man, Big Mouth.”

Before there was People Express, flying was an expensive, elite affair, something done by the rich, the business traveler, or as a luxury for the rest of us. People Express, which operated from April 30, 1981 into 1987, changed all that, with rock-bottom fares, sometimes less than $20 one way between cities. Or how about $149 one-way from Newark to London’s Gatwick (dirt cheap even adjusted for inflation from that 1983 price.) Why spend your money on an airline ticket when you can use the money to buy fish and chips and a few pints? “It’s crazy,” I remember my parents saying, “Like a bus a ticket!” A product of airline deregulation, People Express (the name sounded vaguely Communist to me) thrived until it went on a buying spree (Frontier, Britt and PBA), and loaded up on debt. Competitors fought back with lower prices too, until eventually People was sold and ended up being part of Continental.

Two different companies, but both kings of cheapie late night TV ads that sold, um, quirky stuff and turned it into gold. K-Tel was founded by one Philip Kives, who grew up a farm in Manitoba. Kives actually worked for Seymour Popeil, father of Ron Popeil, who founded Ronco. But Kives really made his fame and fortune selling those tacky compilation albums: "20 Original Hits! 20 Original Stars!" the ads always screamed. The first was released in 1966. The company chugged along, got hot in the dot.com era, crashed and still trades for pennies (ticker KTLI.) Ronco, of course (remember “Set it and forget it”?) made the Veg-O-matic, Dial0Matic, the Inside-The-Shell Electric Egg Scrambler and my favorite, the Pocket Fisherman. (The wha??) Ronco was sold, went bankrupt, and was sold again.

They've developed a living bacterial skin tonic that they claim mimics the microbiome that scientists think covered our bodies and kept us clean, healthy, and less-than-foul smelling before the invention of soap. In other words clean, the cave man way. (As in: "Ugg, you smell like Antelope grease.") See New York Times article.

It’s all supposed to be healthier, but then the world becomes a  smellier place and soap companies go out of business? Guess I’m not sure about this one.

This one is crazy. I mean forget Hudson Bay, (see above), Kongo Gumi, a japanese temple builder (as in construction) was in business for 1400 years! Until it shut down in 2006 because of too much debt and the endless Japanese recession. It was then the world’s oldest continously operating business. You want a temple built, who you gonna call? Kongo Gumi! Can you imagine the great great great great….grandson who shut it down. Talk about ticking off your ancestors!

Quirky.com's Egg Minder, a gadget that wirelessly connects to your smartphone to make sure that you dont eat a bad egg.

This company has to be on the list. Why? Because of its name, that’s why! It says that Quirky is a New York City based invention company that acts as an innovation platform. I’m not really sure what that means. The company also says it was founded in 2009 by Ben Kaufman, “the World’s Least Important CEO.” Now THAT's quirky.

You look like the late New York City Mayor Ed Koch’s homely little brother and you sell…chicken. AND you want to make your chickens ( a commodity of course) a household name. Sounds like mission impossible, right? Not for Frank Perdue. He actually pulled it off through the magic of TV commercials, the first of which was shot in a park in his hometown of Salisbury, Maryland. Remember the tag line? "It takes a tough man to make a tender chicken." Branding chicken? How do you do that?