Uber and the future of American Express 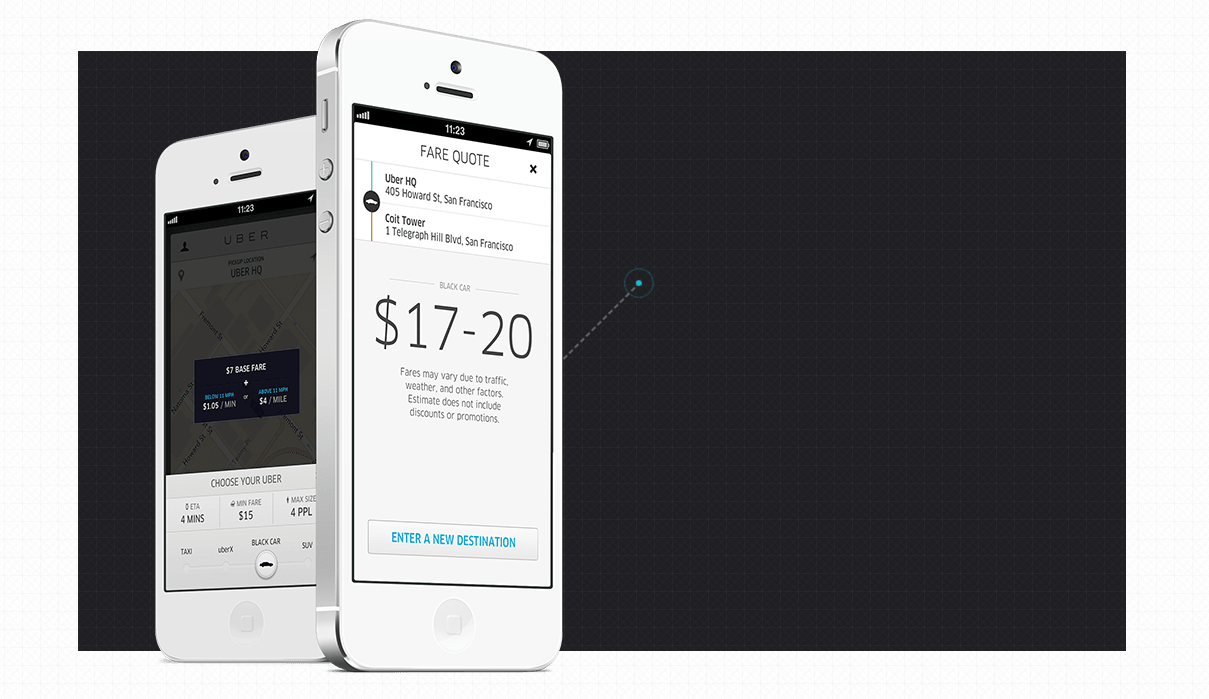 Apps like Uber pose a huge threat to credit card companies like American Express (AXP). Once a consumer downloads the app and enters her card number, she pays for her ride simply by tapping a button on Uber. She doesn’t have to think about the American Express brand again to complete future transactions. Though the transportation logistics startup is just five years old, American Express cardholders spent “hundreds of millions of dollars” on Uber last year, according to American Express president Ed Gilligan.

That’s why a new partnership the companies have struck is so important to American Express. Announced June 9, the tech integration will allow American Express rewards program members in the United States to double their points when they pay for a ride on Uber—or pay for their rides using points.

Here’s how it works: If a card is eligible, Uber will prompt the cardmember to enroll in the program when she launches the updated app. Once enrolled, she will have a new in-app option to choose “Earn 2x Points” or “Use Points.” She’ll then receive an on-screen ride summary and email receipt from Uber noting the choice.

As part of the launch, Uber will also roll out a program, funded by American Express, to reward drivers. Called the Sixth Star Award, this $1,000 prize will be given to one of Uber’s most highly rated drivers each week.

That’s where the value comes in for AmEx, which is leaning on its membership rewards program to build its brand with consumers as they stop removing the plastic card from their wallets as frequently. In October, the company began letting New York taxi cab riders pay their fares with points, thanks to a deal with Verifone (PAY), the hardware provider that supplies the payments mechanism in cabs. A similar deal with Amazon (AMZN) allows members to shop with points.

American Express has also participated in other digital payments efforts, but overall, these web wallets have not really caught on yet. In 2011, several tech companies including Google (GOOG) and Square launched digital wallets. At the time, AmEx partnered with other credit card companies as well as the three biggest cellphone carriers in the United States to create Isis Mobile Wallet, but it has been slow to take off because the technology required to enable it—the NFC (near-field communication) chip that lets customers tap their smartphone to pay with it—is not built into many smartphones, including Apple’s iPhone. Isis reports that user adoption has finally picked up, but Square recently announced it would shutter its efforts and Google has said customers have been slow to embrace its wallet product.

Partly, this is because credit cards are easy. Why invest the time in moving your wallet to your smartphone when the plastic in your purse is nearly effortless to use and has historical precedence?

Uber, however, is even easier. And it’s not the only app that asks users to store their payment information and makes purchases. From tech startups like food delivery app Seamless (GRUB) to behemoths like Amazon, companies are making payment easy—and void of credit card branding. That’s why American Express must offer something more to its customers to keep them—and find new avenues like this partnership with Uber to market to them.