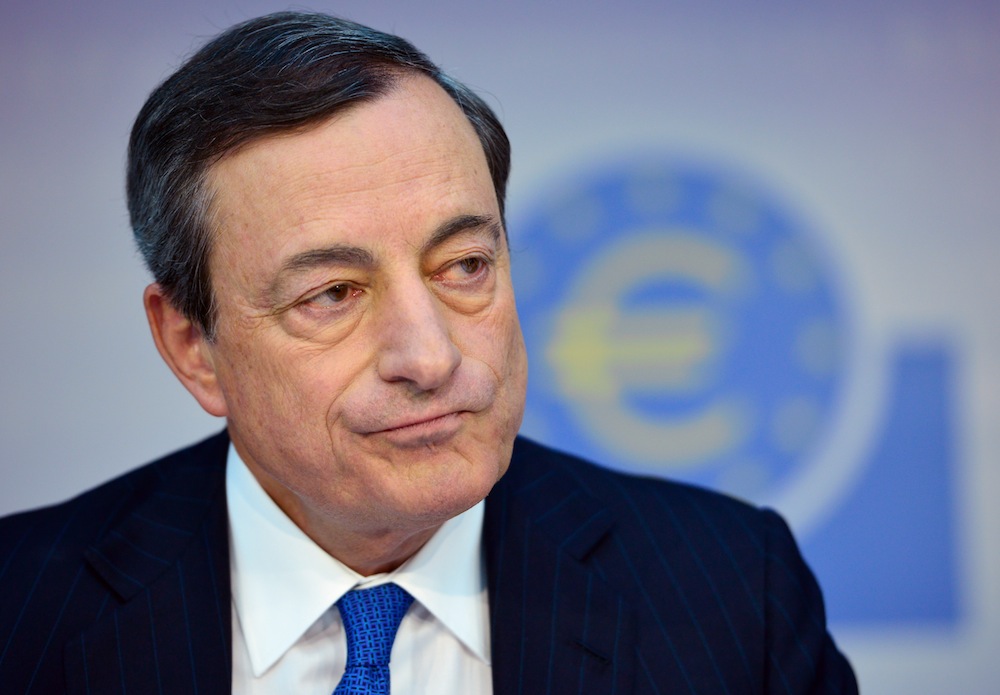 The European Central Bank has pointed its economic bazooka in the wrong direction.

The ECB announced a series of economic stimulus measures on Thursday designed to induce banks to put more of their cash to work. But policies intended to “force” banks to lend rarely, if ever, work, especially if those banks are barely solvent. Europe needs to get real about its so-called “zombie bank” problem and take the hits needed to unclog its lending machine. Throwing more grease on the problem won’t loosen up the gears — it’s probably more likely to start a grease fire.

Mario Draghi, the head of the ECB, famously promised two years ago that he’d do “whatever it takes” to save the euro. That statement was so powerful it effectively ended a two-year crisis of confidence that had infected the eurozone sovereign debt market. Overnight, sovereign bond yields fell as investors and banks poured back into the market.

Draghi did exactly what he set out to do. He did this by basically making it free for local banks to borrow cash from the central bank–provided that the banks, mostly those in Spain and Italy, use those funds to buy up sovereign debt. In effect, Draghi used the banks as a pass-through vehicle to stabilize the eurozone debt market.

Two years on, the euro is still standing. Unfortunately, the eurozone economy remains down in the dumps. With the euro saved and stable, Draghi has now set his sights on boosting the zone’s anemic economic growth rate.

For the record, deflation isn’t the disease here–it’s just a symptom. The goal is to stimulate the economy, not to fight deflation.

Draghi is attempting to do this by once again using the banks as a pass-through to achieve his goals. But instead of forcing the banks to buy and hold dodgy sovereign bonds, he will now force them to lend to the private sector.

He is doing this in two ways. The first, which has received way too much attention in the media, is to charge the banks a fee to park their excess reserves with the central bank. That’s what’s meant by a “negative” deposit rate. By doing this, Draghi hopes that the banks would take all their excess cash that they normally park at the central bank and lend it out to businesses. But this assumes that businesses are having a hard time getting loans (for which there is little evidence) and that the banks won’t just take their reserves out of the ECB and put them in their vaults to avoid a fee.

This policy isn’t as unprecedented as some believe. Indeed, Denmark did it a couple years ago in an attempt to stimulate growth. It recently reversed that policy in April because it didn’t work. It still costs something ridiculous like $3 or $4 to buy a bottle of water in Copenhagen. Danish exports still don’t have a chance.

Few are talking about the second, more troubling measure announced by the ECB on Thursday. The central bank will attempt to link proportionally all the free money the ECB has been lending to the banks, plus some more with a new acronym, to how much the banks lend out to the public. The more money banks lend, the more cash they get from the ECB.

But by placing conditions on that money, the ECB could effectively deny much-needed capital to banks in need. These so-called “zombie” banks are the ones that lost tons of money during the financial crisis and the sovereign debt crisis and are alive today because of the lending life support they have received from the ECB.

This new policy risks upsetting that balance and would expose the weak banks in the system based on lending capacity. Those banks that, for whatever reason, aren’t lending could be identified as zombies. Investors could then end up running away from these banks in horror, exacerbating the capital shortfall at these half-dead banks.

So in instituting this policy, Draghi is betting that eurozone banks are now strong enough to keep an adequate amount of capital on hand to meet the required 10% eurozone bank capital minimum; continue buying sovereign bonds to prop up the euro; cover the losses associated with the various busted investing bubbles still haunting the continent; lend out just enough capital to “stimulate” growth; and make enough profit to make it all worthwhile.

Are European banks ready for this?

Some are, but many are not. They still have billions of euros in unrecognized losses sucking up all their capital. That’s the real reason why banks aren’t lending — they can’t. Trying to force them to do so by creating disincentives doesn’t seem like it is going to do much. If anything, it could backfire as it would expose the zombies. Nothing kills confidence like a rash of bank failures.

It is doubtful the ECB will stand by and watch banks collapse; it can pull these policies at any time. But all this highlights just how difficult it has become to get Europe back on the road to real economic recovery.

If the ECB really wants to get the economy going, it needs to start from the bottom and build its way back up. The first step would be to recapitalize its zombie banks. Lending cash to these institutions on a short-term basis just isn’t cutting it–they need equity. That means allowing the banks to actually recognize the losses they have carried for years so that they can raise equity on the open markets. Whatever capital the banks can’t raise in the open markets, they could receive from the ECB or some national government, perhaps Germany (it doesn’t matter).

This isn’t economic rocket science. It’s what the U.S. government did with its banks following the credit crisis. This policy (TARP) successfully reset the banks back to zero, giving them time to lick their wounds and organically start lending again. Eventually, the government sold their stakes in the banks back to the public (mostly at a profit), but it took several years to get there–but they got there. Now the U.S. has a growth rate that is three times greater than that of the eurozone.

In Draghi’s defense, it would be difficult to implement such a plan without some sort of banking union, something European politicians have been dragging their feet on for nearly two years. Unfortunately, politicians seldom act unless there is a crisis. The ECB’s new lending plan might just give them the crisis they need to get in gear.