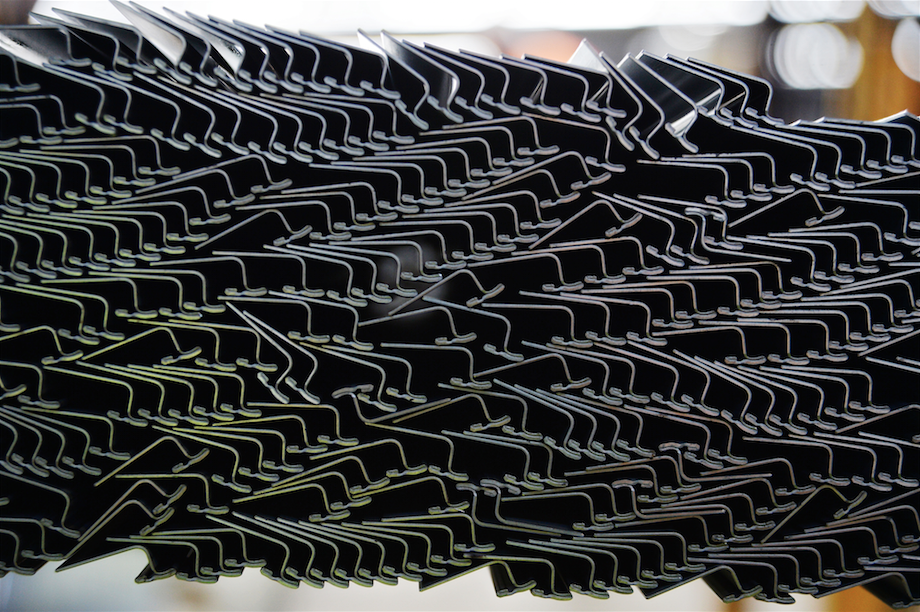 Metal rods sit in a pile awaiting shaping on the production line at the Backwell IXL plant in Geelong, Australia, on Tuesday, May 20, 2014.
Carla Gottgens/Bloomberg/Getty Images

There is a serious brain drain happening Down Under.

“Just go to San Fran and listen to the Australian accents in the cafes and parks on the weekend,” says Ben Moir, a wearable tech developer, lamenting the loss of tech entrepreneurs and developers leaving Australia.

The Sydney-sider, whose company We:eX is responsible for producing the wearable tech product Alert Shirt, says a certain kind of high tech is gaining traction in Australia—a cottage industry of sorts supporting Kickstarter-style agile product development. Though small, some see it as a way to create economic opportunity as Australia’s manufacturing industry diminishes. Companies like We:eX are urging their fellow citizens to focus on producing high-quality products, in small to medium volumes, rather than large-scale, mass produced goods which is, as is the usual practice, increasingly being outsourced to places with lower labor costs.

Known as the Lucky Country, Australia has a history of playing it by ear with its GDP. But with the mining boom truly over and manufacturing shutdowns announced every other week, it can no longer be dependent on natural resources and its international trade with its Asian neighbors. The Australian Workforce and Productivity Agency in its April’s Manufacturing Workforce Study estimated there could be a decline in manufacturing employment of between 1.0% and 1.5% per year up to the year 2025.

The Australian Government’s release of the Federal Federal Budget in May left many Australians short-changed. Among the losers were automakers, which received a final blow when the Australian Government announced it would reduce its AUD$2 billion (USD$1.7 billion) funding of the Automotive Transformation Scheme, effectively pulling the plug on an already ailing industry.

Earlier this year, Toyota sung its swan song to the country, and Holden and Ford announced their imminent closure. In Australia’s economy, 2017 is in essence the end of auto-manufacturing. The trickle-down effect of this mass exodus has left many other contributing players, such as electronics and parts manufacturers, searching for a foothold in the economy.

“The maker-space is rapidly expanding with companies developing prototype hardware and looking to build new products,” Moir says. “The solution is to link up the innovators and product developers with Australian manufacturers so they can form new ways of working.”

Robin Shreeve, chief executive of the Australian Workforce and Productivity Agency, told Fortune there is a definite shift happening in the country. “This transition is well underway with products such as Australian pharmaceuticals, medical instruments and scientific equipment already making their mark,” Shreeve says. “Australia’s manufacturing future lies in us shifting from heavy industrial manufacturing to higher value added, technologically advanced production.”

Roy Green, the dean of the business school at the University of Technology Sydney, agreed.

“On a national level, there is a shift from large scale [manufacturing] towards small scale, or specialized and flexible models—most which are part of global markets and value chains,” he said. “Smaller manufacturers are embedding themselves in a services framework and new business models are emerging which relate to customer experience. It will be more about the creative uses, integration and adaptation of existing technologies rather than a focus on invention.”

As one of these services-focused companies, We:eX has expanded its reach abroad, opening a new office in New York earlier this year. But while the company’s outlook is global, its manufacturing will stay local, guided by the principled mandate that any deal will involve manufacturing and tooling done in Australia.

Back in the latte-sipping suburb of Sydney’s Surry Hills, Moir explains the Pavlovian-response for many countries is to jet off to China and try and get products built offshore. This may make sense for mass-produced products, but for high-quality and high-value goods that need to be produced rapidly and evolve quickly, it’s less sensible to leave Australia.

“The timeframes we now have to get a product to market are highly compressed,” said Moir, a reformed software developer. “It’s [a few] months instead of 18 months to stay competitive. If there are issues during the prototyping or manufacturing, we can be out at the factory in minutes.”

In developing the Alert Shirt, Moir worked with a group of local manufacturers—BP Tooling, Amatek, and Circuitwise—to proactively look for new and expanding sectors that would replace work going offshore.

Steve Sincek, director of Amatek, says there is no magic pill for curing heavy industry manufacturing in Australia, especially when competing with China or Indonesia on costs.

“If you are chasing venture capital . . . the most common phrase you hear is ‘We need to fundraise in the U.S.,’ ” Sincek said. “That’s where the big players are. We haven’t learnt how to convert U.S. dollars into Australian Manufacturing dollars.”

And much more. Maintenance, sales, service, and transportation are also key to building manufacturing capacity for the future, creating job opportunities that might just entice Australia’s brightest people to stay on its shores, where quality of life is high.

“Who wants to be developing products in polluted Chinese cities or driving for two hours every day to commute around in L.A.?” Moir asked. “In Sydney, you can be on Bondi Beach swimming at sunrise and by brunch out at a manufacturing plant in western Sydney developing the next wearable tech product.”

Nice work if you can get it.