Is what’s good for women also good for your portfolio? 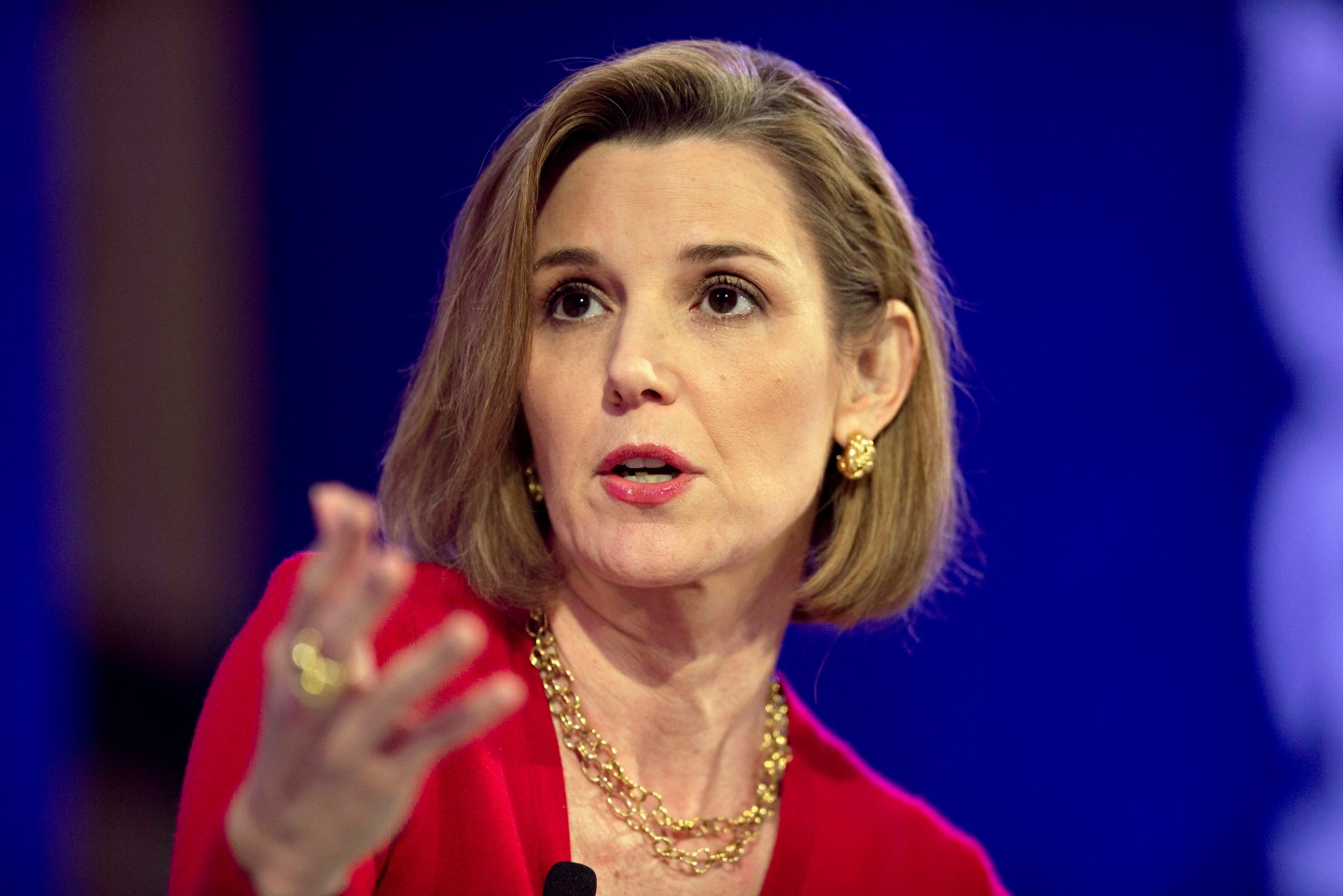 Sallie Krawcheck, owner of 85 Broads Unlimited LLC, speaks at the Bloomberg Year Ahead: 2014 conference in Chicago, Illinois, U.S., on Wednesday, Nov. 20, 2013. Krawcheck, a former executive at Bank of America Corp. and Citigroup Inc., said government fines and charges levied on the largest U.S. banks are a tax on excess profits the lenders made. Photographer: Daniel Acker/Bloomberg via Getty Images
Bloomberg—Getty Images

No one can argue that Sallie Krawcheck’s new mission is a bad one. Once one of the most powerful women on Wall Street, Krawcheck will now turn her attention to launching an index fund comprised of companies that have demonstrated a commitment to gender diversity. The Pax Ellevate fund will be co-managed by Pax World Management and Krawcheck’s newly named women’s organization Ellevate.

Krawcheck’s index–the Pax Global Women’s Leadership Index–will be the first in the U.S. to focus on investing in companies that are advancing women’s leadership. While the index can still invest in companies with a dearth of women in senior executive spots (such as Google) if they are compelling investments, Ellevate’s website lists seven ‘leading companies‘ that are stellar examples of gender balance. Mission aside, we here at Fortune wanted to take a quick look to see if these companies are, in fact, good investments right now.

While Krawcheck’s investment concept is reasonably new, socially responsible investing is not. Ample research suggests that that investing in companies with superior environmental or ethical standards yields a higher return. In addition, a new body of work is emerging that points to a positive connection between female board representation and company performance.

So will Krawcheck’s index follow this trend? Here are some initial findings:

Recent Performance: The company reported modest second-quarter results. The top line was up 1%, missing estimates by about $100 million.

Gender Balance: Women made up nearly 44% of management positions worldwide last year (North America Group President Melanie Healey ranks No. 17 on Fortune’s list of the Most Powerful Women in U.S. business, and Deb Henretta, President, Global Beauty, is No. 21 on the list). Five women serve on the company’s 11-member board of directors.

Recent Performance: Total revenue in the first quarter was down 2% to $5.1 billion. The company continues to post mixed results and its document technology sector is down largely due to decreases in equipment orders.

Gender Balance: The company is one of just 24 in the Fortune 500 with a female CEO. (Ursula Burns is Fortune’s 13th Most Powerful Woman.) Women make up 40% of Xerox’s board of directors.

Gender Balance: Half of the company’s board is comprised of women, including the board chair. Norway law mandates a 40% quota for female directors of publicly listed companies.

Recent Performance: The company’s difficult fourth quarter results in 2013 reflected a declining pattern seen in earlier periods. Avon’s direct sellers continue to fall globally while its number of units sold fell 6%. The company is ranked 282 on the Fortune 500, down from 252 last year.

Recent Performance: Based in Bonn, Germany, Deutsche recently came off a three-year decline in revenues and its share price reached a six-year high. The company is Europe’s largest phone carrier.

Gender Balance: The company has two women among its seven senior executives and has set a goal for women to make up 30% of senior and middle management positions by next year.

Recent Performance: The London-based company, which recently ended (for now) merger talks with Pfizer, has suffered through two years of revenue declined largely because of big patent losses. As competition from generic drug makers rose, sales of its medication for schizophrenia and bi-polar disorder fell close to 40% in 2013.

Gender Balance: A little more than half of the company’s overall board is made up of women and three women sit on the board of directors.

Recent Performance: The second biggest lender by market value, Westpac saw profits rise 8% in the past six months to $3.5 billion. The Australian company’s mortgage business also enjoyed a 5% tick up in revenue.

Gender Balance: CEO Gail Kelly (No. 3 on the International MPW list) is among two women on the company’s executive team and 30% of Westpac’s board is comprised of women.