Negative interest rates or no, Europe is still screwed 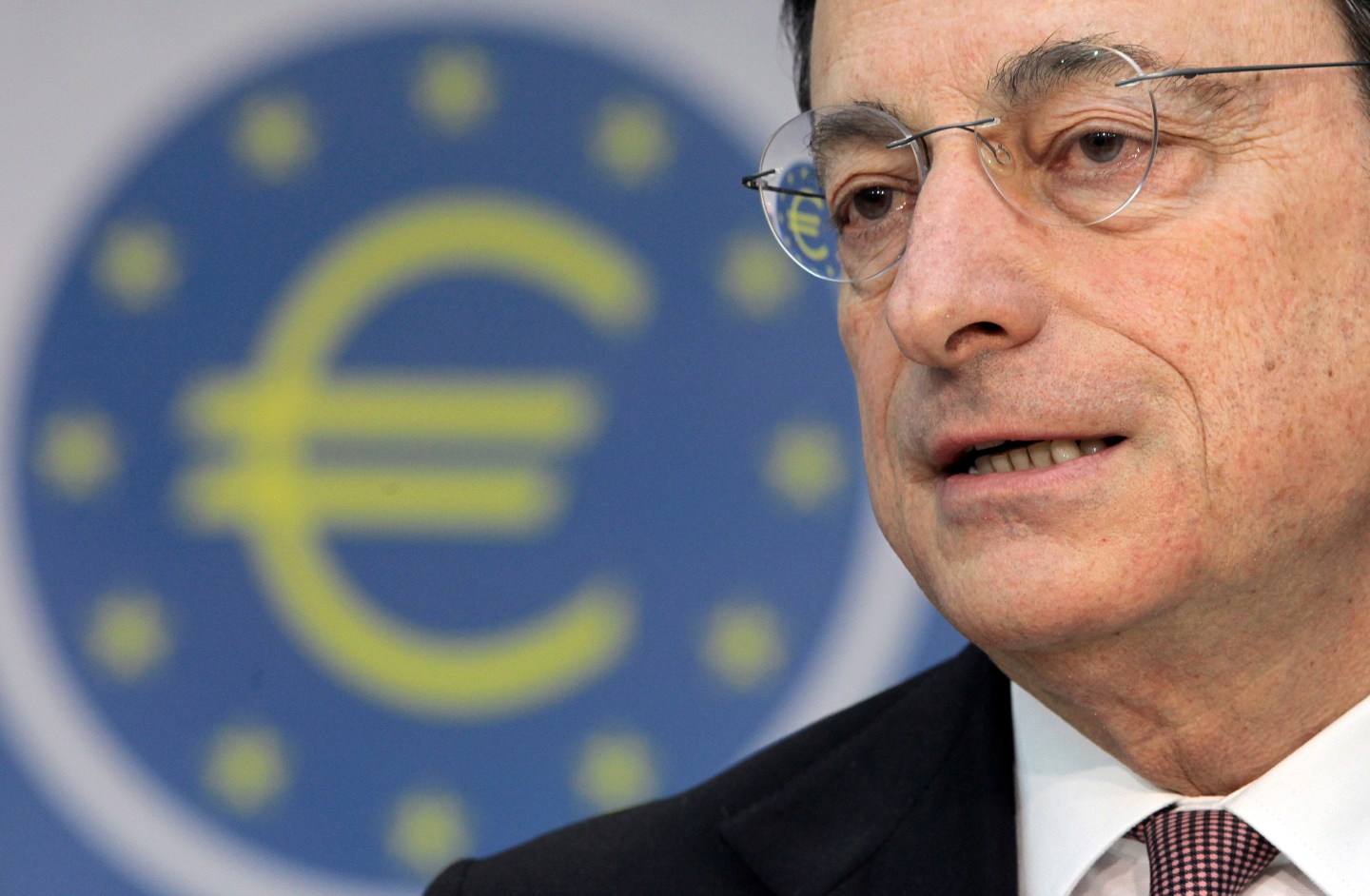 It’s an economic-policy nerd’s dream: a major economy like the Eurozone is experimenting with negative interest rates.

While it might be fun for some of us to watch policy experiments like this one unfold, the sad truth is that this move, which is aimed at encouraging banks to lend more by raising the costs of keeping money idle, doesn’t at all address the European economy’s underlying problems.

Carl Weinberg, chief economist at High Frequency Economics, put it bluntly in a note to clients this morning, writing, “We do not believe the interest rate cuts will make a difference to the economy. Credit is not contracting because loan demand is insufficient and needs to be boosted by lowered borrowing costs. Rather, banks have not been lending because they are worried about capital adequacy.”

In other words, the large European banks that anchor the EU economy are still hurting from the financial crisis and simply aren’t healthy enough to lend more, no matter where interest rates are. Furthermore, the economies of some countries in the union are in such poor shape that there isn’t demand for loans, and even if there were, there aren’t enough creditworthy borrowers for banks to lend to.

To give an example, Spain’s unemployment is above 25%, while the Spanish economy only returned to very feeble growth late in 2013 after more that two years of contraction. There’s little chance that a small reduction in interest rates will spur lending in an economy that is this deeply depressed. Meanwhile, the Greek economy, which triggered the European debt crisis, remains a prime example of how slow economic and population growth are trapping many European economies in an as-yet-unsolved debt trap. There’s already talk of a third bailout for Greece, which proves that, regardless of the positive spin European officials put on the problem, that economy isn’t growing fast enough to reduce its debt burden. The Greek government budget cuts aimed at reducing the debt burden only makes the growth picture worse.

As one former Treasury economist and hedge fund manager put it recently, “With the demographic profile of Europe, its leverage and forces of globalization … there’s no way for [European economies] to grow at the rate necessary for them to get out from under the debt burden they’ve built up.”

So what would actually help turn things around?

Weinberg, for one, believes a QE-type program, in which a central bank purchases assets from banks and other financial institutions, wouldn’t hurt. “The difference between QE implemented by buying assets and these repo-based measures is that the take-up of reserves is optional for banks under ECB programs … asset purchases inject reserves into banks whether they want them or not.”

There’s a chance that ECB President Mario Draghi will announce a QE-like program. As we know from the experience in the U.S., they’re not a silver bullet. QE might be effective at lowering interest rates, but it can’t force banks to lend when there aren’t profitable opportunities to do so.

If, however, such a program is used to relieve pressure from government budgets, paving the way for more government spending, that could at least help prop up demand for loans and get credit flowing again. But German officials in particular loathe to finance government spending with central bank purchases, so the likelihood of this happening is still remote.

For the time being, the EU economy will continue to spin its wheels.