American sports teams: All worth more than you think 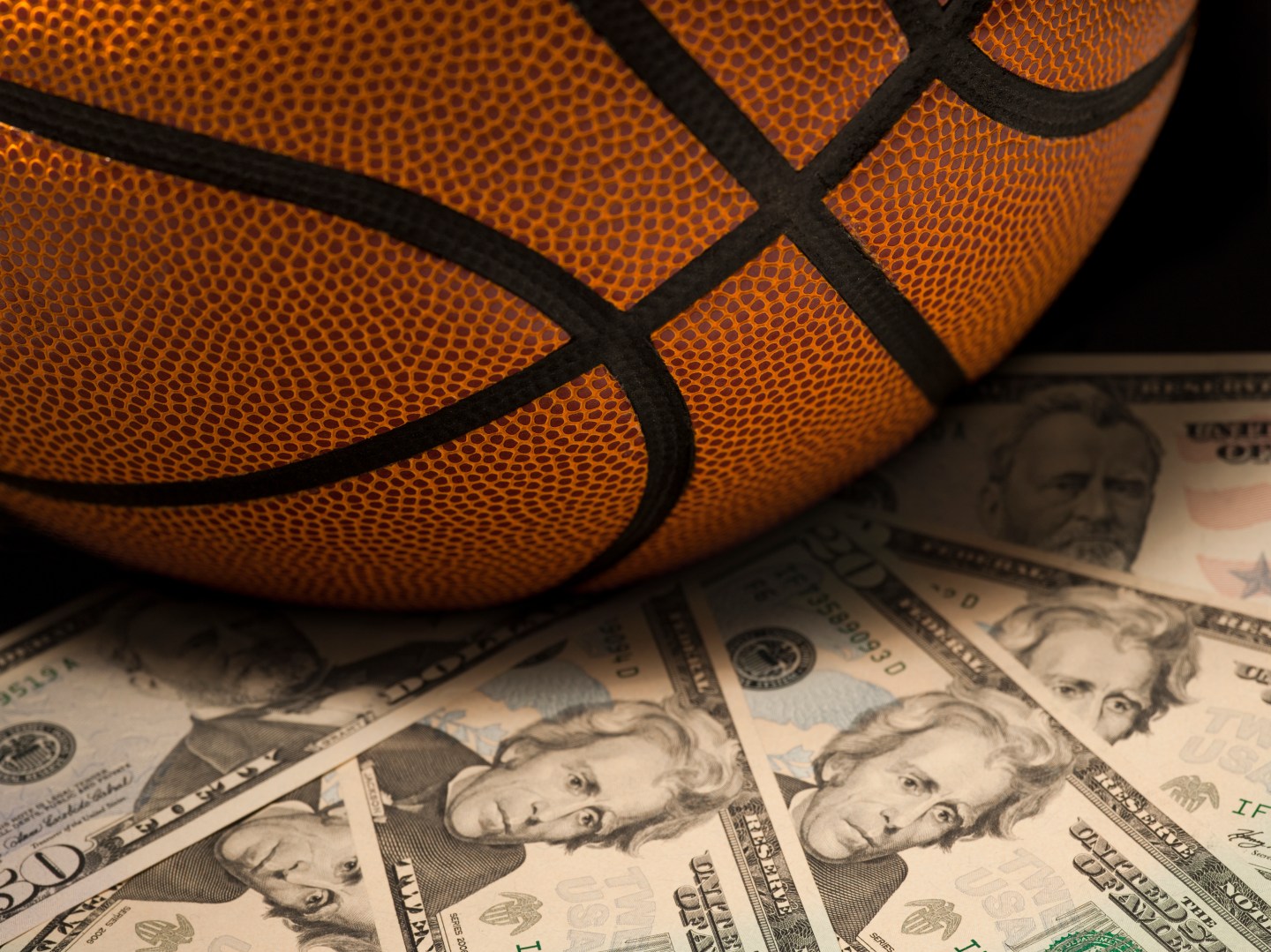 Are the Clippers—the historical lesser of L.A.’s two basketball teams, without a single championship to its name—worth $2 billion?

Former Microsoft (MSFT) CEO Steve Ballmer thinks so. And while the media has widely criticized his offer, a team is worth whatever someone is willing to pay.

But before the team’s recent ownership storm, predicated by soon-to-be-former owner Donald Sterling’s caught-on-tape racist rant, the Clippers were only worth $575 million, according to an annual ranking of sports team valuations from Forbes. In fact, American sports teams in general, since the 2012, have sold, on average, for 55% more than the most recent Forbes franchise valuation of the team. (And even without taking into account the Clippers sale, which does skew things, the Forbes valuations are still low by 34% on average). This isn’t so much a knock on our competition as an acknowledgment that is is almost impossible to predetermine what these highly sought-after assets would receive on the open market. And this is a note that if the last two years are any indication, the value of these franchises are only going to continue to rise.

Here are the last 10 major American sports teams to get sold, and their selling price vs. the most recent Forbes valuation at the time when the team sold.

LA Clippers basketball team is one step closer to a sale

Following offensive comments by owner Donald Sterling (who bought the team for a mere $12 million in 1981), Shelley Sterling agreed to sell the team for $2 billion to former Microsoft CEO Steve Ballmer (pending possible further legal actions by her husband). What is unusual is that Ballmer is acting alone in his purchase, rather than as part of a group. Experts have questioned the selling price, but the team has been competitive in recent years (this year getting as far as the Western Conference semi-finals) and has two mega marketable stars in Blake Griffin and Chris Paul. Ballmer attempted to buy the Sacramento Kings last year and move them to Seattle but he has, for now, insisted that the Clippers will stay in L.A.

BOSTON, MA - DECEMBER 03: O.J. Mayo #00 of the Milwaukee Bucks attempts a layup against the Boston Celtics in the fourth quarter during the game at TD Garden on December 3, 2013 in Boston, Massachusetts. NOTE TO USER: User expressly acknowledges and agrees that, by downloading and or using this photograph, User is consenting to the terms and conditions of the Getty Images License Agreement. (Photo by Jared Wickerham/Getty Images)

Former U.S. Senator Herb Kohl, who had owned the Bucks since 1985 (he paid $18 million), sold the team to hedge fund managers Wesley Edens and Marc Lasry. Despite the fact that the Bucks had the league’s worst record with just 15 wins, it was then the highest amount ever paid for an NBA team (until the Clippers sale). Edens and Lasry also have committed to contribute $100 million to the building of a new arena, which Kohl has said he will match.

NEWARK, NJ - SEPTEMBER 26: Adam Larsson #5 of the New Jersey Devils (L) gives the Devils a 3-0 lead over the Philadelphia Flyers with a goal at 14:04 of the second period as he is joined by Andy Greene #6 (R) at the Prudential Center on September 26, 2013 in Newark, New Jersey. (Photo by Bruce Bennett/Getty Images)

Private equity executives Josh Harris and David Blitzer purchased the only “New Jersey” team left in August 2013 for $320 million, less than two years after buying the Philadelphia 76ers NBA franchise for around $280 million. They also won the lease to the Prudential Center arena from seller Jeff Vanderbeek, who had effectively put his team in hoc to the league.

PHILADELPHIA, PA - OCTOBER 11: Oliver Ekman-Larsson #23 of the Phoenix Coyotes celebrates his goal against the Philadelphia Flyers at 19:43 on the powerplayat the Wells Fargo Center on October 11, 2013 in Philadelphia, Pennsylvania. (Photo by Bruce Bennett/Getty Images)

Canadian businessmen George Gosbee and Anthony LeBlanc went south of the border for their hockey franchise, which had been run by the league since a 2009 bankruptcy (numerous suitors had come and gone in the interim). The new owners also signed a 15-year lease extension at an arena in Glendale, Arizona, where the team had played since 2003. Unfortunately, the building was rarely full – with the Coyotes coming in dead last for attendance during the 2013-2014 season.

SACRAMENTO, CA - OCTOBER 30: A detailed view of the inside of Sleep Train Areana prior to the start of an NBA Basketball game between the Denver Nuggets and Sacramento Kings at Sleep Train Arena on October 30, 2013 in Sacramento, California. NOTE TO USER: User expressly acknowledges and agrees that, by downloading and or using this photograph, User is consenting to the terms and conditions of the Getty Images License Agreement. (Photo by Thearon W. Henderson/Getty Images)

The once-great Kings (remember Mike Bibby and Chris Weber?) had fallen in recent years, and the Maloof family of Las Vegas, which had owned the team since 1998, decided to look for a buyer. (The Maloofs also owned the Houston Rockets for three years in the early 1980s.) At first, the family agreed to sell to Steve Ballmer, but the NBA’s Board of Governors denied him the right to move the team to Seattle, nullifying the sale. Last May, the Maloofs came to an agreement to sell to a group headed up by tech entrepreneur Vivek Ranadive (who had owned part of the Golden State Warriors). Ranadive has said he will see to it that a new stadium gets built in Sacramento.

PHOENIX, AZ - MARCH 28: Memphis Grizzlies mascot, Grizz, performs during the NBA game between the New York Knicks and the Phoenix Suns at US Airways Center on March 28, 2014 in Phoenix, Arizona. The Suns defeated the Knicks 112-88. NOTE TO USER: User expressly acknowledges and agrees that, by downloading and or using this photograph, User is consenting to the terms and conditions of the Getty Images License Agreement. (Photo by Christian Petersen/Getty Images)

Robert Pera paid $377 million to become majority owner of the Grizz in 2012, when he was just 34 years old. Pera, a former Apple employee who founded mobile company Ubiquiti Networks, has kept the team in Memphis. Other investors in the Pera-led group included Justin Timberlake, Peyton Manning and former NBA star Penny Hardaway. Due to his age and his Silicon Valley background, Pera has captured headlines both positive and negative for the way he runs the team.

WASHINGTON, DC - APRIL 27: Ian Kennedy #22 of the San Diego Padres pitches in the first inning against the Washington Nationals at Nationals Park on April 27, 2014 in Washington, DC. (Photo by Greg Fiume/Getty Images)

The Padres always play in the shadow of their more storied rivals up the California coast, so it was a bit surprising that its new ownership group was led by heirs of the LA Dodgers’ former O’Malley family. Also in the group was San Diego beer businessman Ron Fowler and pro golfer Phil Mickelson. The $800 million final price included around $200 million of upfront money related to a new 20-year television agreement.

CLEVELAND, OH - AUGUST 08: Quarterback Brandon Weeden #3 of the Cleveland Browns runs onto the field before the start of their game against the St. Louis Rams at FirstEnergy Stadium on August 8, 2013 in Cleveland, Ohio. (Photo by Matt Sullivan/Getty Images)

Jimmy Haslem, president and CEO of truck stop operator Pilot Flying J, bought the Dawg Pound’s favorite bone from Randy Lerner, whose family had owned the team since it was reconstituted in 1999 (the original incarnation bolted for Baltimore years earlier). Haslem’s reputation has since suffered due to a federal investigation into alleged fuel rebate fraud at Pilot Flying J, but the Browns’ on-field performance has remained steady. Woeful, but steady.

LOS ANGELES, CA - JULY 28: Yasiel Puig #66 of the Los Angeles Dodgers celebrates as he runs to first after hitting a walk off solo home run in the 11th inning against the Cincinnati Reds at Dodger Stadium on July 28, 2013 in Los Angeles, California. The dsosdgers won 1-0 in 11 innings. (Photo by Stephen Dunn/Getty Images)

When the Dodgers sold for $2.15 billion to Magic Johnson and a group of investors from Guggenheim Partners, the sports world was aghast. But it really was a bet on many factors: a new TV contract the buyers expected to be lucrative, a piece of the stadium parking lot and its proceeds, and the fact that the Dodgers were a competitive team in the nation’s second-largest media market for sports.

NEW ORLEANS, LA - OCTOBER 30: A view of new Pelicans merchandise for sale at the New Orleans Arena on October 30, 2013 in New Orleans, Louisiana. NOTE TO USER: User expressly acknowledges and agrees that, by downloading and/or using this photograph, user is consenting to the terms and conditions of the Getty Images License Agreement. (Photo by Chris Graythen/Getty Images)

Tom Benson, who also owns the NFL’s New Orleans Saints, bought the team in 2012 (when it was still known as the Hornets, a name that since has been ‘returned’ to Charlotte). It previously had been owned by the NBA itself for two years, during which time the league’s main contribution was orchestrating a trade of star Chris Paul to the LA Clippers (and blocking an arguably better deal to the LA Lakers). Well, that and negotiating a new stadium lease.