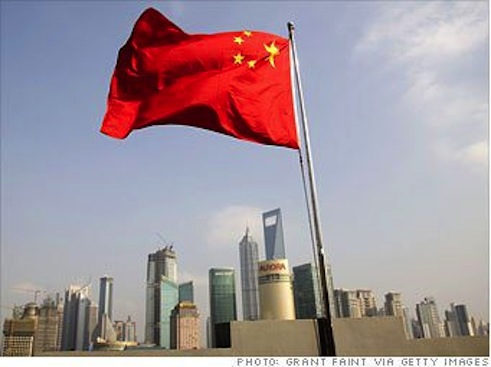 Shares of China-based solar panel makers traded lower on Wednesday after the Commerce Department imposed stiff duties on some of their products.

The agency, in a preliminary ruling, determined that the manufacturers unfairly benefited from government subsidies. The new tariff rate ranges from roughly 18%-35%, above what some analysts say the Chinese companies had anticipated.

“Most companies were expecting 10%-15% tariff vs. the proposed 18%-35% rate,” Deutsche Bank analyst Vishal Shah wrote in a research note.

Shares of Yingli Green Energy (YGE), Trina Solar (TSL), JinkoSolar (JKS), and several others were all dragged lower on the news. Conversely, the stocks of U.S.-based solar firms SunPower (SPWR) and First Solar (FSLR) leapt higher, as some analysts said the tariffs could help those companies boost market share over time.

The U.S. subsidiary of German-based SolarWorld AG petitioned for the tariffs, which the U.S. government ultimately approved. The determination is preliminary until a final determination by the U.S. International Trade Commission, which is expected in October.

Also, the current decision closes a loophole of buying Taiwanese cells and converting them into China modules, Shah said.

Several of the China-based companies lamented the U.S. government’s decision earlier Wednesday. Trina Solar, for example, said it was disappointed in the preliminary findings and said its transactions in the U.S. followed international trade practices.

Yingli Green said the use of tariffs “are not the answer to driving affordable solar energy.”

The Chinese government was less diplomatic, accusing the U.S. of naked protectionism. Reuters reported a China Ministry of Commerce statement saying that the U.S. had “ignored the facts” and abused trade rules in order to protect its own industry, adding that the use of trade measures “would not solve the development problems of the U.S. solar industry.”

Global solar photovoltaic installations are expected to jump 22% in 2014, according to data provider IHS Inc. IHS said the strong growth, higher than the firm’s forecast in October, was due to recent policy changes in China and Japan–the two largest markets. Though the U.S. market for solar products is far smaller than China, installations there increased 41% in 2013, and solar accounted for 29% of all new electricity generation capacity added last year, according to Solar Energy Industries Association.