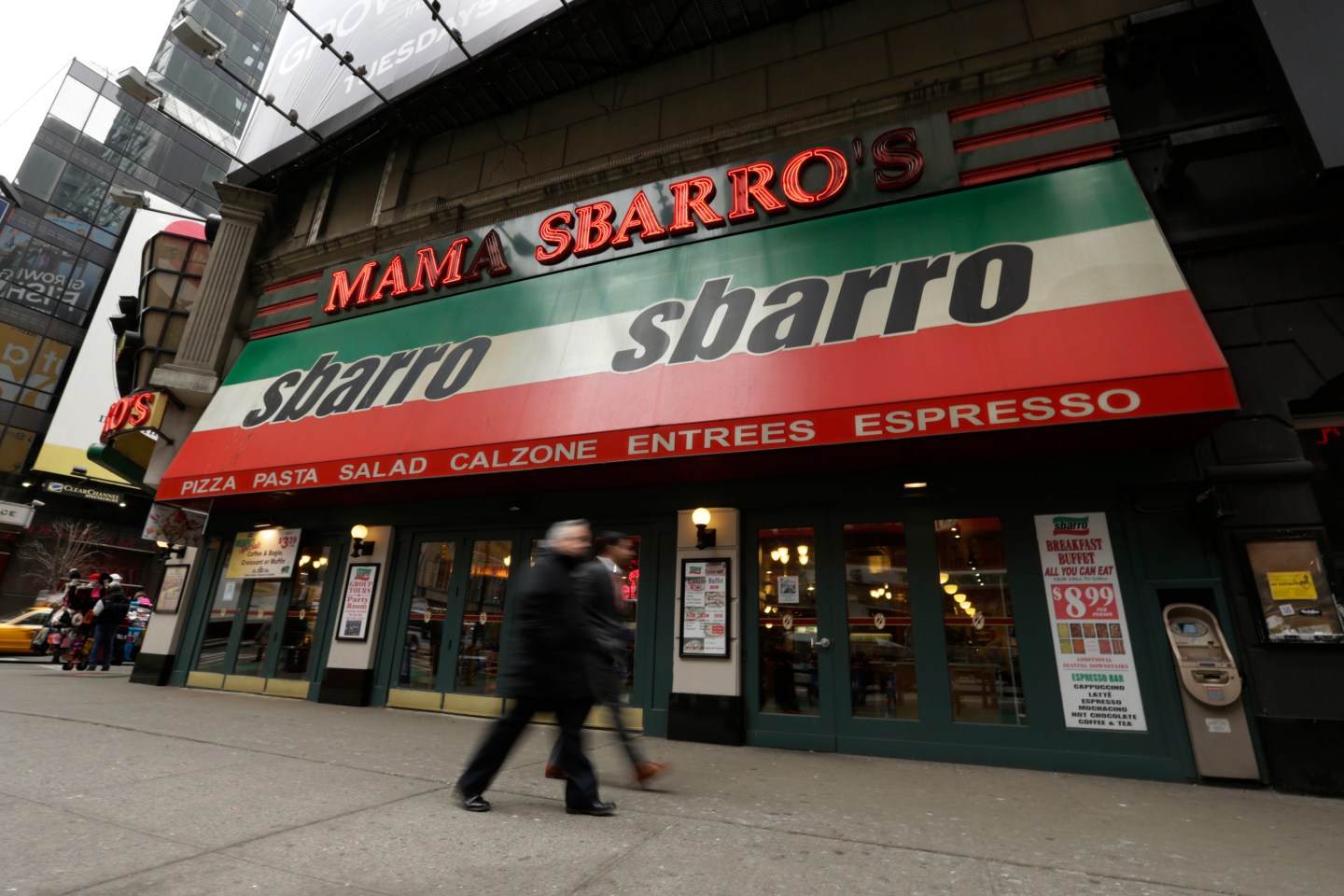 Pedestrians walk past a Sbarro LLC restaurant in Times Square in New York, U.S., on Monday, March 10, 2014. Sbarro LLC, the 800-restaurant U.S. pizza chain, filed for bankruptcy protection for the second time in three years as customer traffic slowed in the shopping-mall food courts where many of its stores do business. Photographer: Peter Foley/Bloomberg via Getty Images
Photograph by Peter Foley — Bloomberg/Getty Images

The Sbarro pizza chain, a staple of mall and rest stop food courts across the U.S., has officially exited bankruptcy for the second time in three years.

Court filings with the U.S. Bankruptcy Court in Manhattan show the Italian eatery formally began a plan to reduce the company’s $148 million debt load on Monday. Most of the debt–about 85%–will be converted into controlling equity stakes for such investors as Apollo Global Management, Babson Capital Management, and Guggenheim Investment Management.

Sbarro exited a previous bankruptcy in 2011, but struggled to compete with rivals in the “fast casual” dining market, resulting in the company attempting to cut costs by closing roughly 40% of its U.S. locations earlier this year. The chain then filed for Chapter 11 bankruptcy protection in March, saying in court filings that “unprecedented” drops in mall traffic led to the company’s latest collapse.

The company, which employs about 2,700 people, also plans to move its headquarters from Melville, N.Y., to Columbus, Ohio, according to Newsday, which reports that employees outside of Melville will not be affected by the move.