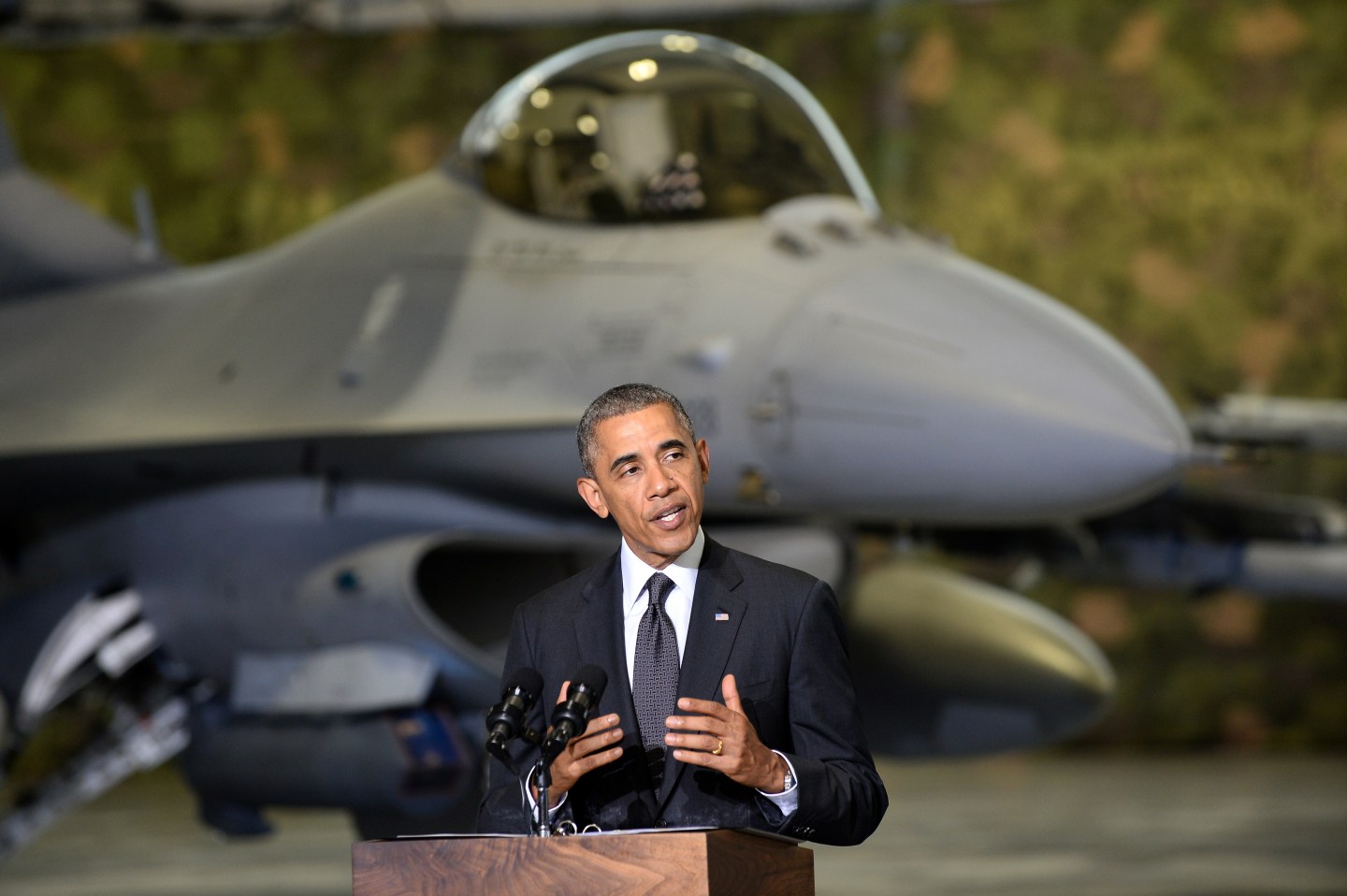 President Barack Obama announced plans for a new $1 billion fund to bolster the security of eastern Europe, in a move to reassure the countries that broke out of Russia’s orbit two decades ago that the U.S. won’t let them fall back into it.

Laying out a “European Reassurance Initiative” in Warsaw at the start of a four-day visit to Europe, Obama said the security of Europe was “the cornerstone of our own security, and it is sacrosanct.”

The fund he proposed will need approval from Congress, and would finance an expanded U.S. military presence in eastern Europe. It will go some way to answering calls in recent months for greater protection from NATO’s newest members, such as Poland and the Baltic states of Latvia, Lithuania, and Estonia.

Those countries have been alarmed by the crisis in Ukraine and fear that a resurgent Russia will try to pull them back into its sphere of influence. They’ve also been disappointed by the weak response from western Europe to Russia’s seizure of the Ukrainian region of Crimea. The EU has imposed only limited sanctions on Russia, fearful that broader ones could hit the struggling eurozone economy hard.

“As threats emerged, we see who our real friends are,” Lithuanian President Dalia Grybauskaite said last month, when the U.S. deployed 150 paratroopers to her country.

Poland has also been pushing the U.S. for more boots on the ground, but Obama has not committed to any permanent presence there. Russia has warned repeatedly against any increased NATO presence in eastern Europe and took particular offense at President George W. Bush’s plans to base missile defense systems in Poland.

Obama will meet with leaders from across Central and eastern Europe later Tuesday before moving on to Belgium, where he will meet with Ukraine’s new president-elect Petro Poroshenko and take part in a summit of the G7.

From there he will go on to Normandy, France, to observe the 70th anniversary of the D-Day landings in 1944. Russian President Vladimir Putin has also been invited to the ceremonies there, but there is no one-on-one meeting scheduled between the two.

Quite the opposite, in fact. The Associated Press reported that France’s President François Hollande will have two separate dinners on Thursday night — one with Obama and the other with Putin, “a digestive and logistical challenge, but the safest diplomatic solution for the French president to keep apart two leaders who are at odds.”