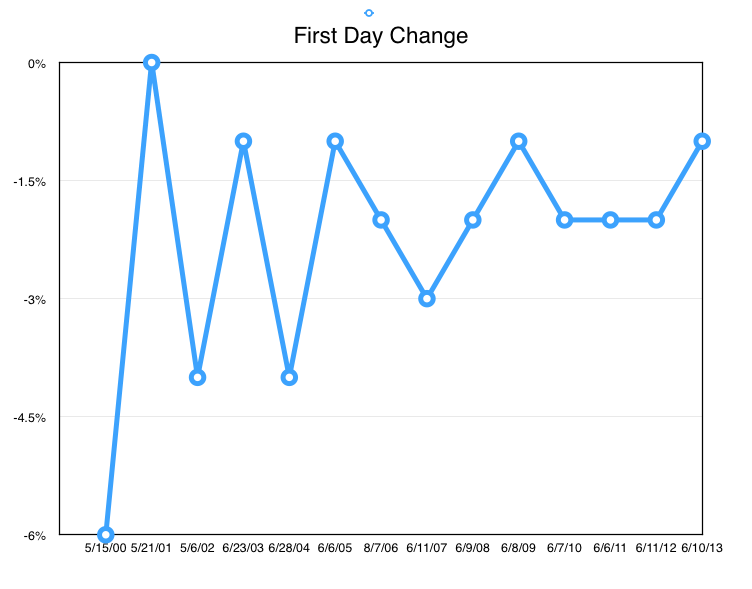 If you’re looking for evidence to support the old Wall Street rule of thumb — By the rumor, sell the news  — Apple’s (AAPL) WWDC provides in spades. “Dr. Duru” laid out the bare facts in a Seeking Alpha post Sunday:

— The four weeks prior to WWDC have produced gains 9 out of the past 11 years.

— The week prior to WWDC has produced gains 10 out of the past 13 years.

— Only one year since 2000 has delivered a one-day gain for AAPL on the first day of the WWDC.

— Every year since 2000 the week of WWDC produced a loss for AAPL.

Could this year be the exception? The run-up before WWDC was especially strong — up 22.5% in eight weeks. That could create some equally strong selling pressure, especially if the show fails to wow Wall Street.

But as Duru points out, this year’s trade is complicated by the Beats acquisition and the fact that Apple has timed a 7 for 1 stock split to benefit holders of record on the day of WWDC.

Fasten your seat belts. We could be in for a bumpy ride.